Activision Blizzard (NASDAQ: ATVI) reported an 11% drop in earnings for the first quarter of 2019 due to a decline in net revenue as well as higher income tax expenses. However, the results exceeded analysts’ expectations. The company guided second-quarter earnings and revenue in line with the consensus estimates.

Net revenue decreased by 7% to $1.83 billion. Revenues from digital channels were $1.4 billion. The company posted net bookings of $1.26 billion for the quarter, down by 8.7% compared to last year. 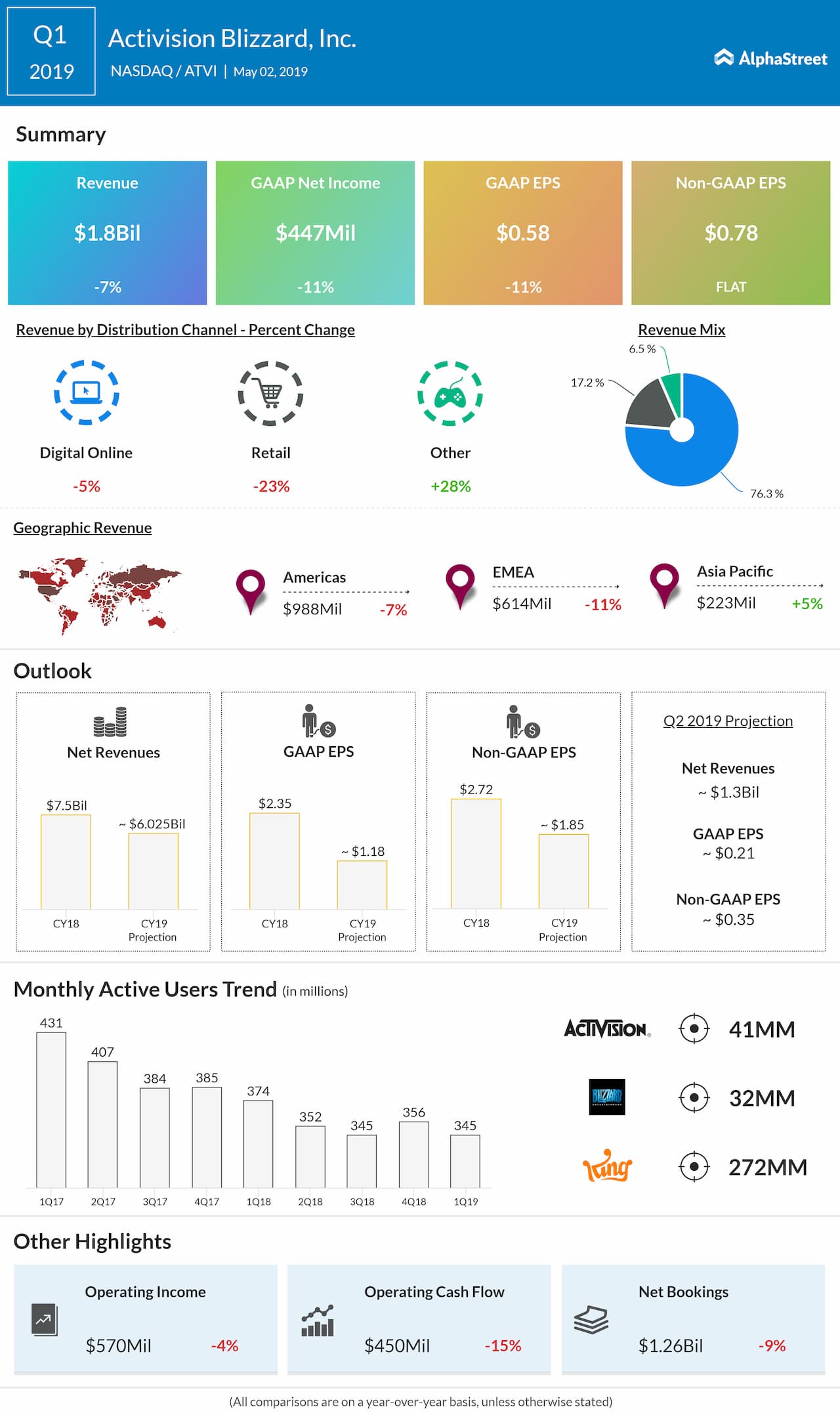 For the first quarter, Activision had 345 million monthly active users (MAU), with 41 million at Activision, 32 million at Blizzard, and 272 million at King. King MAUs were up sequentially for the second quarter in a row driven by the Candy Crush franchise where MAUs again grew quarter-over-quarter and year-over-year. Candy Crush Friends Saga continues to attract both former and new players to the franchise.

The daily time spent per user increased year-over-year for each of Activision, Blizzard, and King. Overall, the average time spent was about 50 minutes. Daily time spent per player across the Candy Crush franchise reached a new high, driving the King network to a record of 38 minutes.

The company said it is increasing development for its biggest, internally-owned franchises, for both upfront releases and in-game content, as well as investing in platform expansion on PC and mobile and new geographies. Activision is also seeing strong momentum in its esports and in-game advertising initiatives.

Mobile is emerging as the largest platform for gamers and it’s the fastest-growing among available gaming platforms. Activision plans to tap the potential and has announced its intention to bring all the existing games to mobile which would augur well for the firm in the near future.

Shares of Activision ended Thursday’s regular session up 2.04% at $49.55 on the Nasdaq. Following the earnings release, the stock inched down over 4% in the after-market session.