Shoemaker Adidas announced fourth quarter results today with a 12.2% spike in sales, with operating profit more than tripling for the quarter to €132 million. On the contrary, the company reported a net loss of €3 million or €0.02 per share for the quarter, hit by the US tax code change. The year-over-year sales increase was helped by North America and Greater China sales, which surged 21.3% and 24.4%, respectively.

For 2018, the company’s net income from continuing operations is expected to increase to a level between €1.615 billion and €1.675 billion, representing a growth of 13-17% year-over-year. Adidas also expects sales to increase about 10% on a currency-neutral basis.

Regionally, the company expects currency neutral revenue to grow at double-digit rates in North America and Asia/Pacific, while Western Europe and Latin America are expected to grow at a mid-single-digit rate. 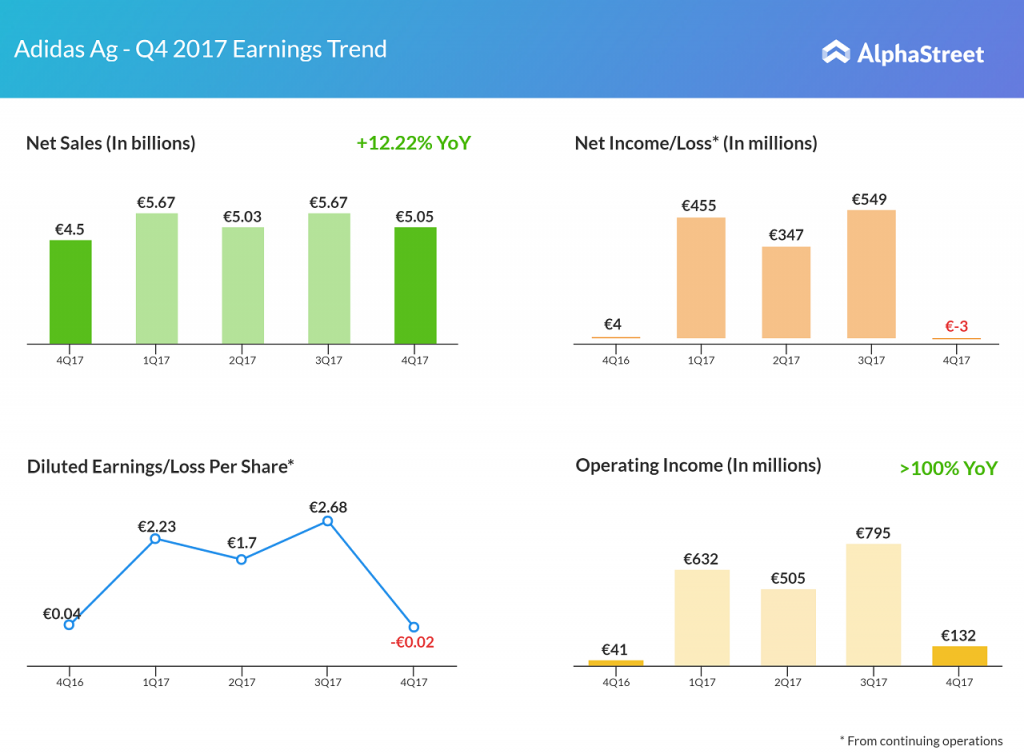