Agilent Technologies (NYSE: A), which makes analytical instruments for laboratories, will be publishing its second-quarter financial results Tuesday after the market closes. It is widely expected that earnings will grow 11% to $0.72 per share during the three-month period on revenues $1.27 billion, which represents a 5.1% growth over the prior-year quarter.

Meanwhile, the estimate is slightly above the mid-point of the earnings and revenue guidance provided by the company, for the April-quarter, in its previous earnings report.

In the trailing four quarters, earnings of the Santa Clara, California-based medical research company either surpassed or matched the market’s projection. Going by the long-term trend, the chances of profit beating the estimates in the to-be-reported quarter are very high. 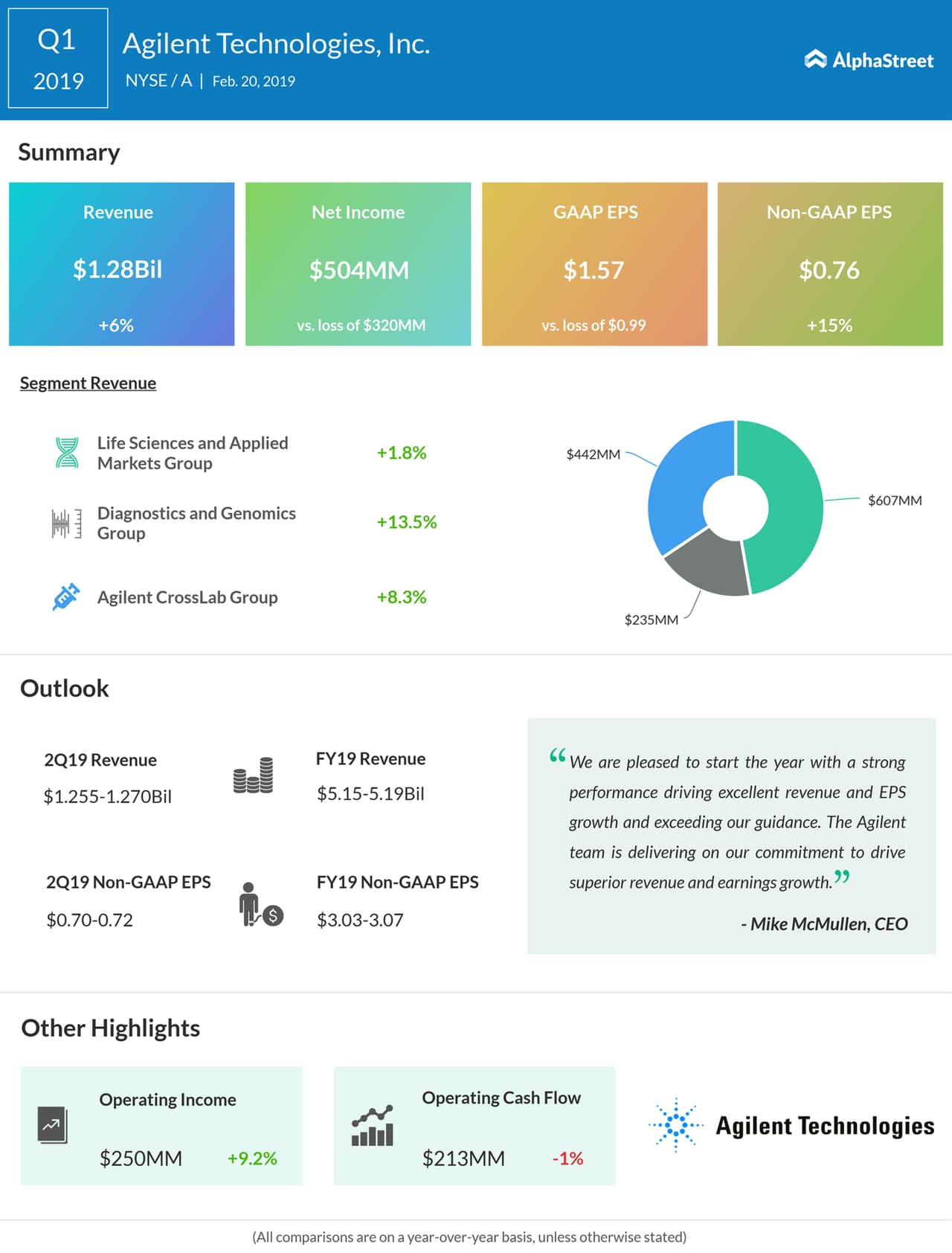 Like in the past, most of the top-line growth will come from the largest business segment namely Life Sciences and Applied Markets Group, supported by the steady demand in the pharma, environmental and forensics markets.

In the first quarter, earnings grew 15% annually to $0.76 per share, on revenue of $1.28 billion. The results came in above Wall Street’s forecast and the company’s own prediction.

Among others, Quest Diagnostics (DGX) recently reported an 8% fall in first-quarter earnings to $1.40 per shares, mainly due to a decline in revenues.

At $87, the average price target on Agilent’s stock is nearly 13% above the current levels.  Analysts have assigned an unusually positive rating to the stock, with most of them recommending buy. Of late, the stock has been getting a great deal of investor attention for its steady growth and resilience to market headwinds.

Last month, Agilent’s shares reached a 19-year high after hitting a low in December. The stock gained about 10% over the past twelve months and 16% since the beginning of the year.