Amarin Corporation plc (NASDAQ: AMRN) reported better-than-expected revenue and earnings for the third quarter of 2019, allowing the stock to gain 2% during premarket hours on Tuesday.

Total revenue of $112.4 million was up 103% compared to the prior-year period and above estimates of $110 million. 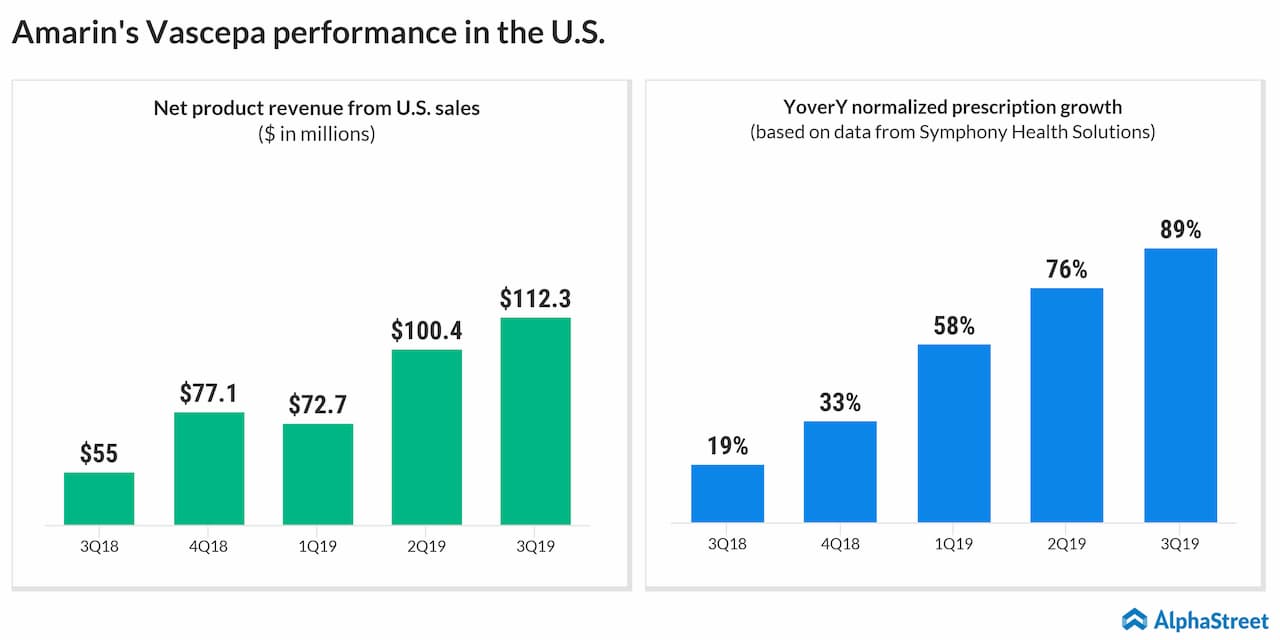 Based on data provided by Symphony Health and IQVIA, the estimated number of normalized total Vascepa prescriptions for the quarter were approx. 865,000 and 787,000, respectively, reflecting increases of 89% over the year-ago period. The increase in prescriptions were mainly across the US.

Gross margin on net product revenue was 77% in the third quarter compared to 75% in the same period a year earlier.

R&D expense decreased 37% year-over-year to $8.9 million, mainly due to the decline in REDUCE-IT related costs.