One of the most investor-friendly companies Amazon Inc (AMZN) is expected to post its fourth-quarter 2018 results on January 31 after the market closes regular-hours trading.

The Street expects the eCommerce giant to generate around $5.57 in earnings per share on revenue of $71.61 billion for the three-month period that rounded up the fiscal year 2018.

While Q4 is usually a time for subscription revenue to tank for Amazon when compared to other quarters, a substantial improvement would skyrocket the stock. 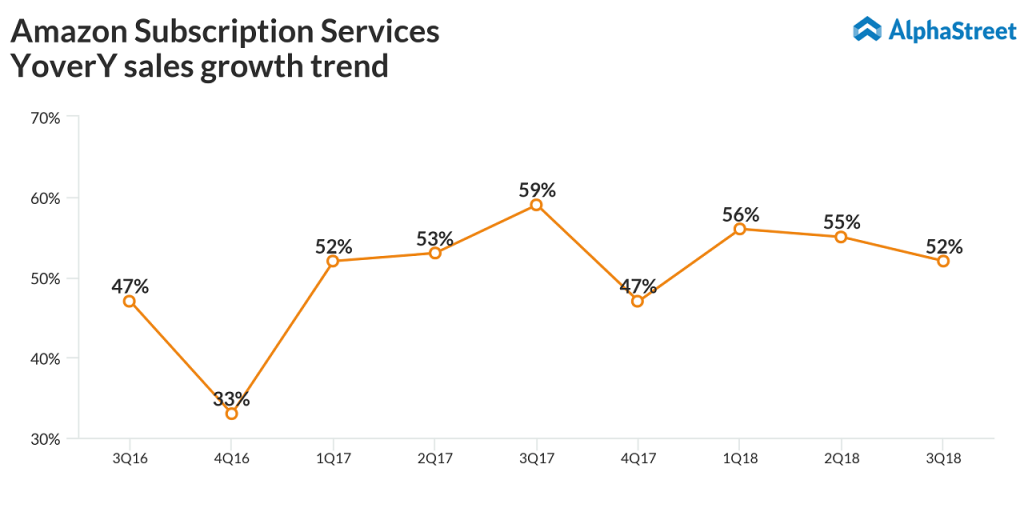 Analysts already love the stock with most sticking to BUY and STRONG BUY ratings, as the retail mammoth grows in sheer volume and size.

One could say Amazon is now in a place where it is too big for the world. Coupled with the record holiday season for US eCommerce and robust growth in its Prime membership, Amazon might just surprise us further when it reports results this week.

Amazon has been pushing its Prime subscription service much more recently. As the latest step to it was showing off its own cargo aircraft.

From delivery by drones to personalized receiving stations, Amazon has come a long way…

How this affects the earnings is yet to be clear, but it does give shareholder morale a big boost, clearly making Amazon one among the top sought after stocks in the US market.

LOOKING BACK AT THE THIRD QUARTER

In the previously reported quarter, Amazon finally fell out of its streak of beating top line estimates. Even though it was the period in which the e-commerce giant joined the Trillion-dollar club with Apple (AAPL), dismal topline and forecasts quickly send the stock down 6% shortly after the earnings announcement back in October.

Net sales then grew 29%, generating a net income of $2.9 billion or $5.75 per diluted share in a quarter that also included sales from Prime Day, one of Amazon’s biggest shopping events. 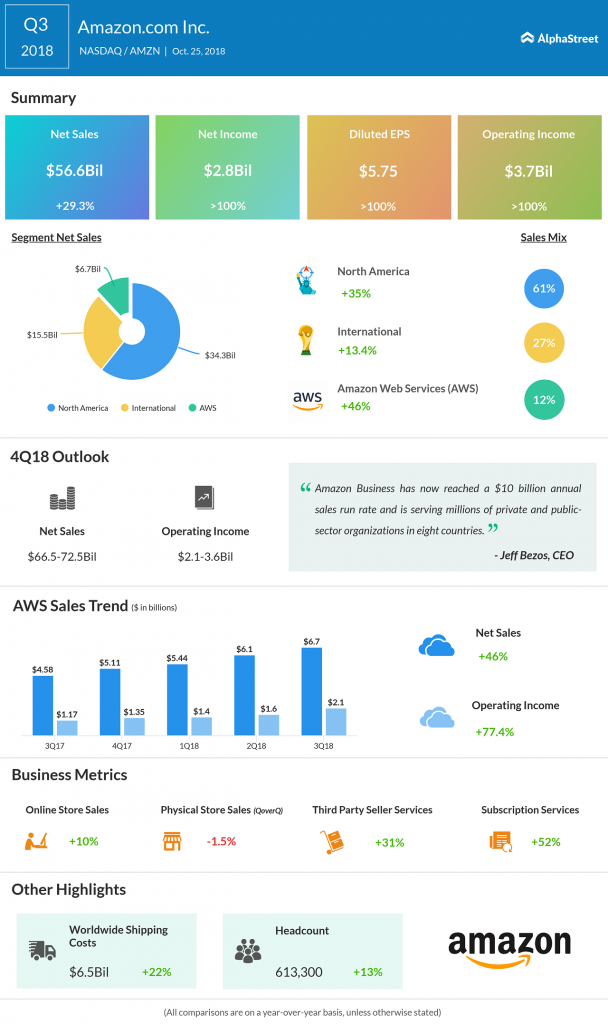 Amazon had then announced  that it expected fourth-quarter sales to be $66.5-72.5 billion, generating an operating income of $2.1-3.6 billion.