The challenges facing the general insurance segment of American International Group (NYSE: AIG) have weighed down investor sentiment for long, and it is expected to continue this year. With revenues under pressure from competitive market conditions and an unfavorable property market, the outlook for the stock remains bearish.

When the insurance giant unveils its first-quarter numbers Monday evening, it is expected to report a 2% increase in earnings to $1.06 per share. The market’s revenue forecast is $12.28 billion, up 5% from last year. 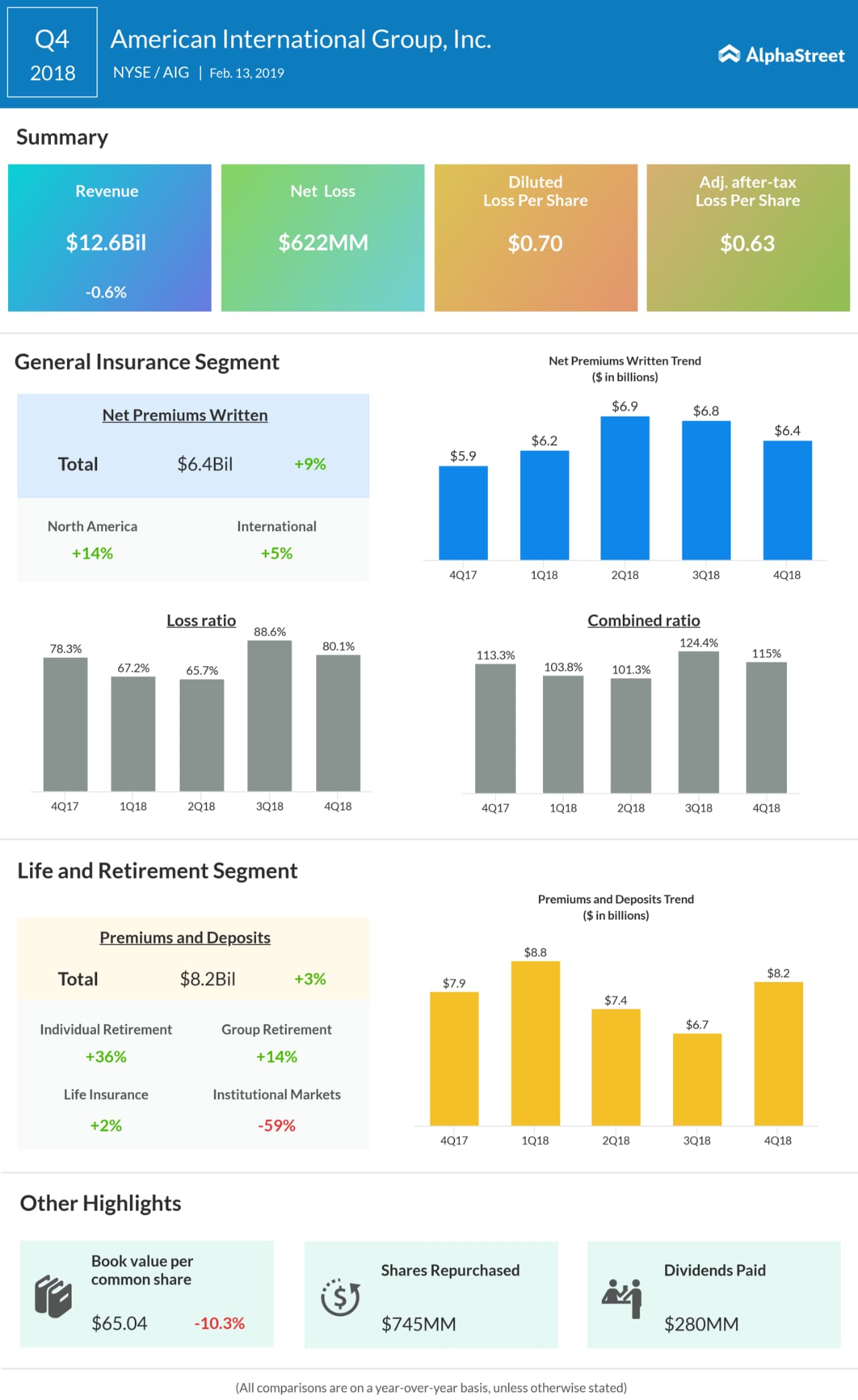 The fact that earnings missed Wall Street’s prediction in all of the trailing four quarters gives very little room for optimism this time. Over the last three years, the general insurance unit registered a decline in premiums written – except for a moderate revival last year – mainly due to the softness in the casualty and property markets.

While the recent quarterly performances were impacted by calamities like hurricanes, low interest rates and currency exchange rates have added to the problems. The Federal Reserve’s dovish monetary policy could be a drag on net investment income in the near future. Moreover, the credit/equity market conditions remain unsupportive.

Over the last three years, the general insurance unit registered a decline in premiums written, except for a moderate revival last year

On the positive side, meanwhile, the management’s cost-cutting efforts and growth initiatives like reinsurance deals are starting to yield returns. This could have a positive effect on underwriting results in the coming quarters. But, there are concerns about the overall financial health of the company, which has one of the highest debts in the corporate world.

Revenues remained broadly unchanged year-over-year at $12.6 billion in the fourth quarter when AIG reported a loss of $0.70 per share, which however marked an improvement from the year-ago period.

Market watchers have mixed recommendations for the stock, which has been assigned buy and hold ratings by an almost equal number of analysts. The average price target is $55. Last month, Bank of America reaffirmed its ‘buy’ rating on the stock and raised the price target to $53.

After slipping to a multi-year low in December, AIG shares are currently on the recovery path, gaining 19% so far this year. Over the past twelve months, the stock lost about 11%, underperforming the industry.