Canadian-based cannabis producer Aurora Cannabis (NYSE: ACB) is slated to report its third-quarter results on May 14 after the bell followed by a conference call next day. The company’s stock this year had an impressive run in the bourses increasing above 68%.

Analysts are expecting Aurora’s headline numbers to be muted as the company would be impacted by the supply chain issues in Canada. Sales are expected to come in at C$77.22 million and loss to increase modestly to C$0.06 per share compared to C$0.03 loss per share reported last year.

Last month, Aurora announced that its production capacity through its 14 plants would surpass 625,000 kgs per year by mid-2020. It’s worth noting that the company has industry-leading production capacity mainly due to its 16 deals done since last 2016. It also has 12 strategic investments which would augur well in the near future. 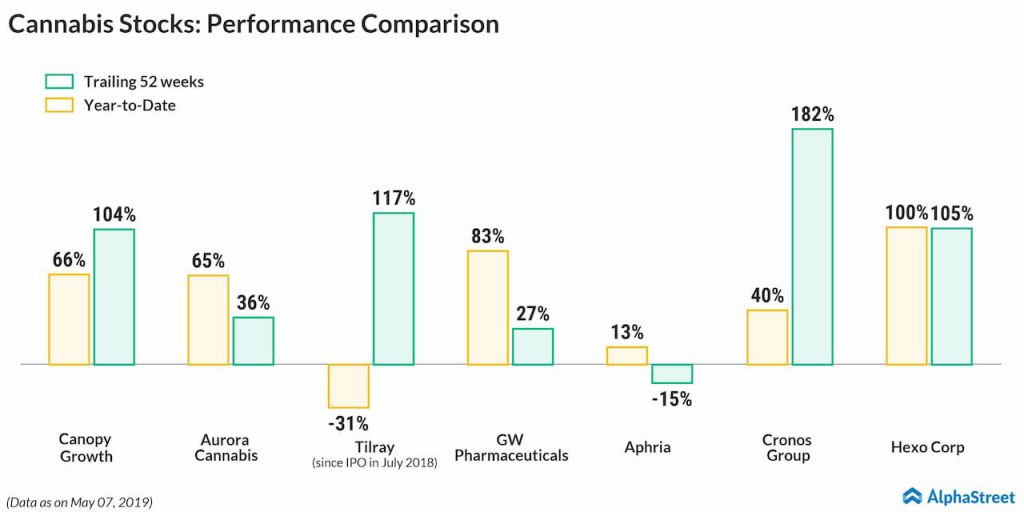 The company pegs the global cannabis opportunity is worth $200 billion. With international presence (24 countries) and its production capacity is expected to act as a tailwind as it broadens its footprint to other markets. Last quarter, the cannabis firm expects to have 25,000 kgs available for sale in the fourth quarter (April to June 2019).

Last quarter, nearly half (48%) of the revenues came from the medical market while consumer sales brought in 40% to Aurora’s top line. After the opening up of consumer weed sales, Ontario, Quebec, and Alberta together contributed 80% to the C$21.6 million consumer market sales. For now, the company generates most of its revenue from the Canadian market. As more countries legalize cannabis sales, international sales contribution will increase in the next two to three years.

One of the key metrics to watch would be the number of patients registered with the company. It ended last quarter with more than 73,000 patients. As the patient base grows, it would help bring in stable revenues from them as the weed usage is expected to be higher from the patients who use it for medical purpose compared to the consumer market. The company also can upsell value-added products like oil and other derivatives which would bring in higher margins. 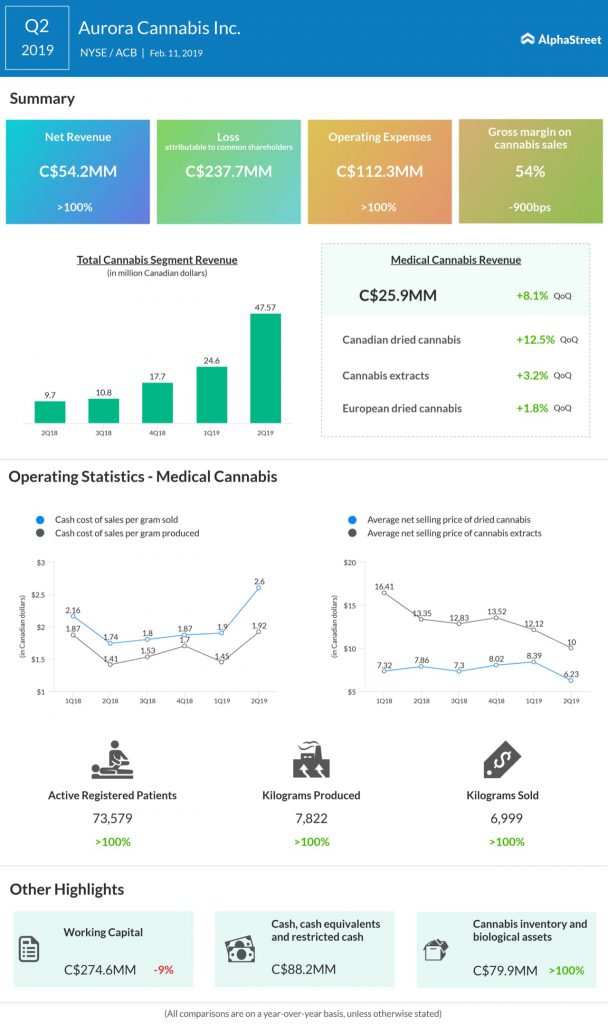 In the second quarter, Aurora reported a drop in average selling price (ASP) of dried weed and extracts. Investors would be keeping a close tab on both these metrics, expecting the trend to reverse in the third quarter. However, with supply chain issues faced by Aurora and its peers in Canada, the improvement in ASPs would be modest. Last quarter, the company blamed the rise in excise taxes for the dip in ASPs.

The pot company ended last quarter with C$88.2 million cash. With no major deals announced since then, cash position should be improving this quarter. Historically, mostly Aurora has inked stock-based deals for acquiring companies. It needs more cash to make sure its production facilities are up and running on schedule and to expand its presence globally.

Aurora’s peer Tilray (TLRY) is reporting its first-quarter earnings on May 14 after the bell. Tilray’s stock has plunged 36% this year compared to other marijuana stocks. Analysts would be expecting more insights from the management on the path to profitability and the outlook for the industry.