Internet search platform Baidu Inc. (Nasdaq: BIDU), which is often referred to as China’s Google, has been striving to strike the right balance between growth initiatives and rising costs. When the diversified tech firm reports its first-quarter numbers Monday after the closing bell, the market will be looking for earnings $0.78 per share, down 59% from last year. Meanwhile, revenues are estimated to grow about 20% to $3.61 billion.

The consensus estimate is that earnings will contract further in 2019 and next year as the company continues to invest in new areas. The long-term outlook is that the pressure on profitability will persist in the next three years when margins will get squeezed by cost escalation. 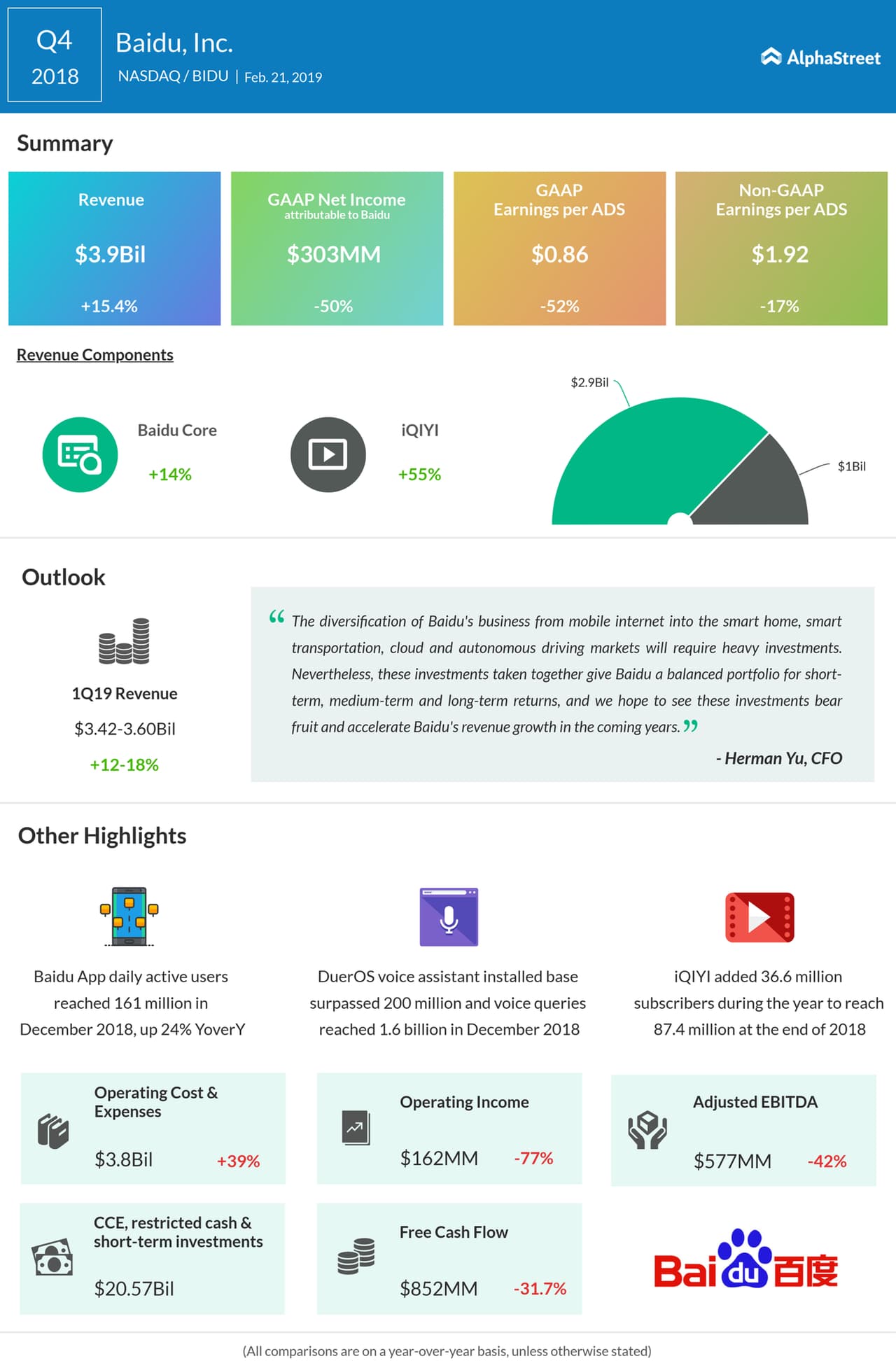 Investments in non-core areas like cloud, content and short video – in response to the slowdown in the search service business in the Chinese market – is estimated to have weighed on the bottom-line in the to-be-reported quarter. Meanwhile, the fact that Baidu’s cloud revenue more than doubled in the previous quarter shows the efforts are yielding results, though the segment accounts for only a small part of the company’s total revenues.

Investments into non-core areas like cloud, content and short video are estimated to have weighed on the bottom-line in the to-be-reported quarter

Last week, research firm Oppenheimer downgraded Baidu to market perform from outperform and lowered the price target, after maintaining the bullish rating for more than two years. Meanwhile, the stock bears a consensus buy rating and an average price target of $205.

The primary challenge facing the company is the slowdown in the Chinese economy and growing competition. Among rivals, Tencent has forayed into several areas where Baidu is trying to increase its foothold, such as artificial intelligence and autonomous transport technology. Tencent’s market-leading messaging platform WeChat, which is rapidly transforming into an all-in-one app, might take away a part of Baidu’s market share in the long run.

In the fourth quarter, Baidu’s earnings were hit hard by higher operating costs and capital expenditure, which more than offset a 15% growth in revenues. Adjusted earnings dropped 17% year-over-year to $1.92 per share.

After reaching a peak in early 2018, Baidu’s shares entered a downward spiral and lost 11% in the last six months. Since the beginning of 2019, the stock gained 5%, reversing the earlier trend.