The Chinese e-commerce solutions provider Baozun Inc (Nasdaq: BZUN) reported its third quarter 2018 earnings early morning today. For the quarter ended September 30, 2018, the company’s revenue soared 25% to RMB1.1 billion ($161.7 million) and non-GAAP net income per ADS jumped 46% to RMB0.86 ($0.13) compared to the prior year quarter. The stock was up 4% during the extended hours of trading. 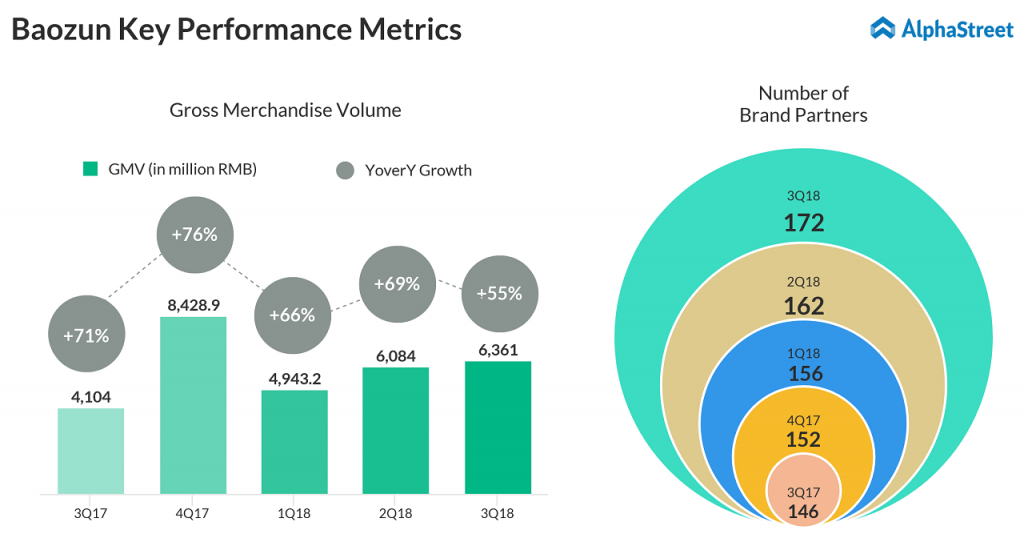 The Shanghai, China-based company expects total net revenues to be between RMB2.200 billion and RMB2.250 billion for the fourth quarter of 2018.

“We are pleased to report another quarter of solid growth across the board, driven primarily by growth from our existing online stores and improving operational efficiency as we invest further in developing new and innovative products and tools,” said CEO Vincent Qiu.

On November 12, Baozun announced the results of Singles Day 2018. Total order value increased to RMB6.55 billion compared to RMB4.99 billion in 2017. However, the growth rate was below compared to the years 2016 and 2017. Fearing that this slowdown might reflect in the company’s fourth quarter results, the stock plunged about 20% on that day.

Analysts expect that trade war noises might affect Baozun in the future. But Baozun is doing the e-commerce business mainly in China. Since Baozun has got limited cross-border businesses, the impact from the trade war is expected to be very little in the near term for the company.