Beyond Meat (NASDAQ: BYND) reported profit for the September quarter, compared to a loss last year, as revenues increased sharply. The results topped the Street view. The company also revised up its full-year revenue guidance. Despite the positive results, the stock dropped Monday evening following the announcement.

Third-quarter net income was $4.1 million or $0.06 per share, compared to a loss of $9.3 million or $1.45 per share in the same period of last year. Earnings also came in above the forecast. Adjusted EBITDA, which is a non-GAAP financial measure, was $11.0 million. 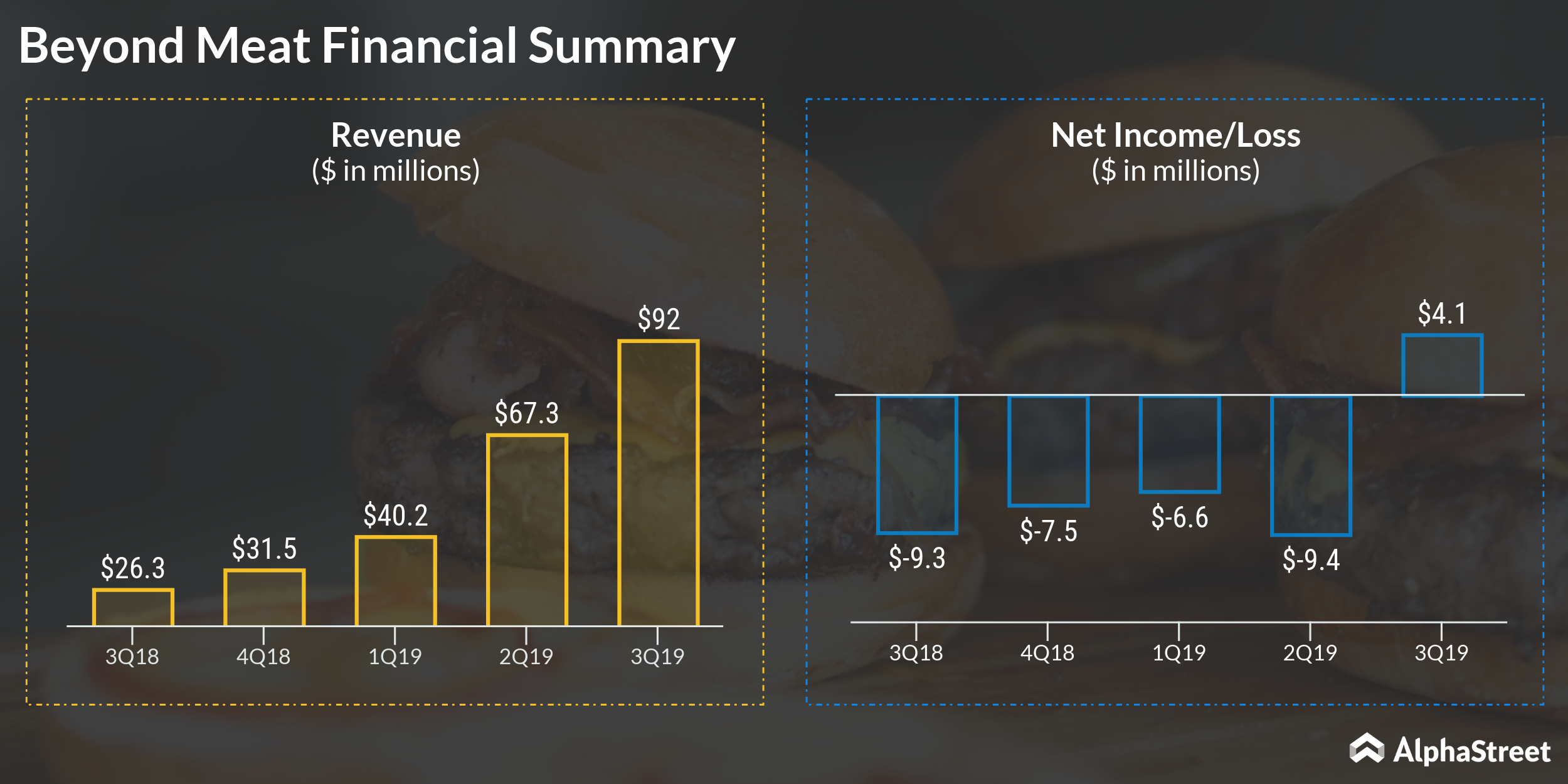 Revenue nearly tripled year-over-year to $92 million, and exceeded the estimates. The top-line benefited from strong sales growth both in the Retail and Restaurant & Foodservice channels. There was an expansion in the number of points of distribution, including new strategic customers, international customers and greater demand from existing customers.

Also Read: Is Beyond Meat a bubble waiting to burst?

“We remain focused on expanding our distribution footprint, both domestically and abroad, building our brand, introducing new innovative products into the marketplace, and bolstering our infrastructure and internal capabilities to fuel our future growth,” said CEO Ethan Brown.

Buoyed by the positive results, the management revised up its full-year 2019 revenue guidance to the range from $265 million to $275 million from the previous outlook of around $240 million. The forecast for adjusted EBITDA is around $20 million.

Shares of Beyond Meat had rallied steadily since the company’s May IPO, but lost momentum after it reported unimpressive results for the second quarter in July. The stock closed Monday’s regular trading session higher.