Broadcom (AVGO) reported its first quarter results just days after the US government blocked the Qualcomm (QCOM) deal citing security concerns. As a result, the chip maker has pulled back its offer to acquire its rival. Sales rose 29% to $5.3 billion boosted primarily by Wireless segment. Wireless continued its stellar growth from last year recording $2.2 billion in sales, which spiked 88% compared to last year. On the flip side, Wired segment slipped 10% to $1.8 billion. 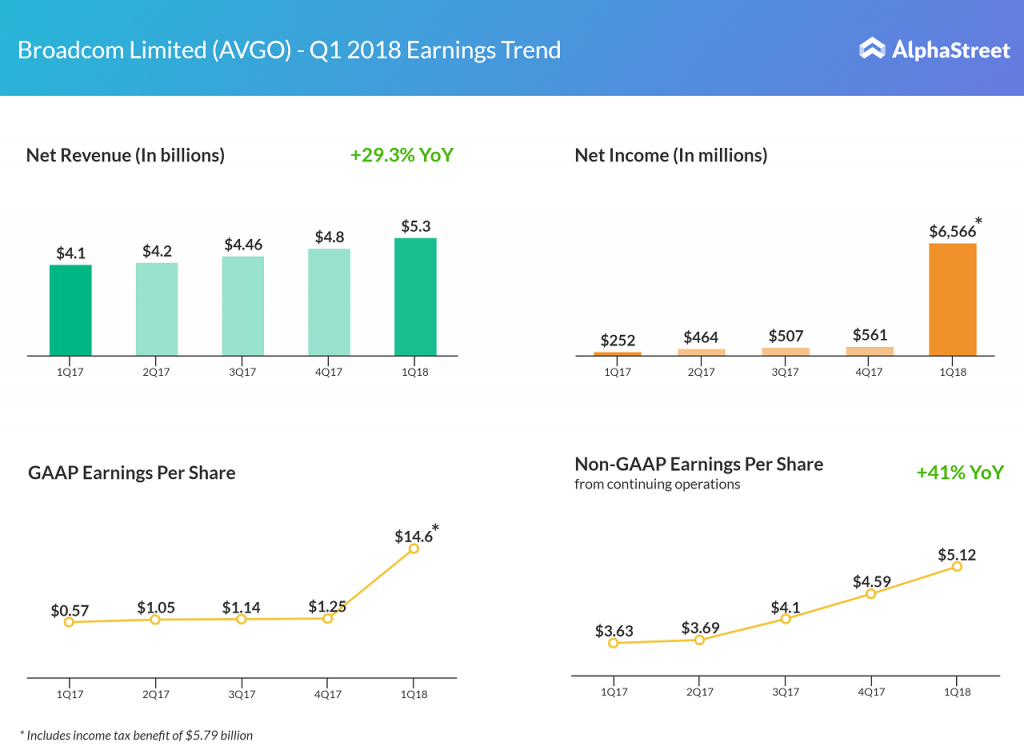 On the earnings front, the company reported $6.2 billion or $14.62 per share. This includes $5.79 billion of tax benefits due to the recent tax reforms. On an adjusted basis, earnings came in at $5.12 per share, which rose 41% compared to prior year period.