Wall Street is probably set for a not-so-impressive start to 2019, if the current trend is any indication. Compared to a few months ago, when the market was at its peak, the outlook has softened considerably due to the growing volatility amid the recent selling spree.

Taking a cue from the falling stock prices, research firm Credit Suisse Tuesday lowered its price target on the S&P 500 index to $2,925 for 2019 from 3,350, which was the most bullish target on the index. The revised target, set for 2019 until the end, represents a 15% rise from the current level. Meanwhile, the price cut has given rise to the apprehension that the worst is yet to come. 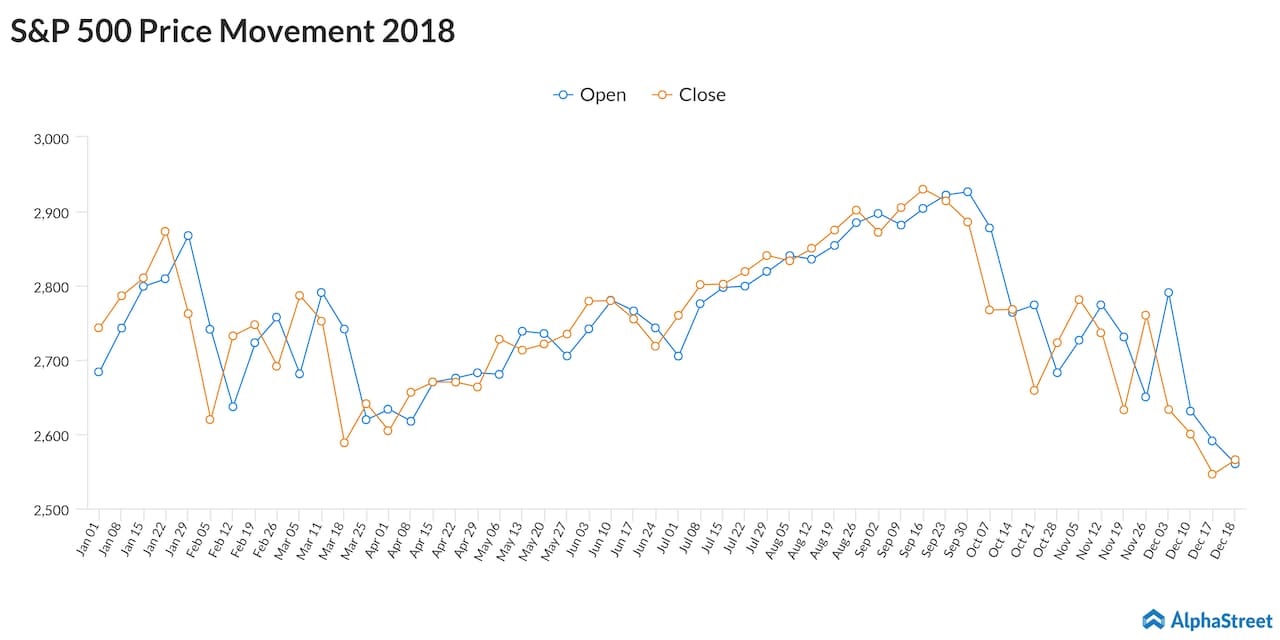 Justifying the reduction, especially when it was done even before the year started, Credit Suisse said stock prices dropped about 13% in the last three months. The S&P 500 index lost about 12% during that period –  when overall market volatility nearly doubled – descending from the all-time high seen in September. The benchmark index dropped 2% and closed the last session at 2,545, the lowest so far this year.

Justifying the reduction of the price target, Credit Suisse said that stock prices dropped about 13% in the last three months

The brokerage, however, maintained its EPS estimate for 2019 and 2020 at $174 and $185 respectively, encouraged by the market’s unchanged ‘fundamental backdrop.’ Experts had raised questions about the sustainability of the growth momentum witnessed this year, which was driven mainly by one-off factors like the positive impact of the tax reform and the government’s stimulus programs. According to the experts, the economy is expected to witness a more realistic growth rate when it enters 2019.

Confused when to sell your stocks? Here are a few tips to master selling

The positive sentiment witnessed in the market in the second half of September and early October gave way to uncertainty and caution as the year-end approached, owing mainly to the recessionary conditions created by the rising interest rates and escalation of the US-China trade dispute.

Earlier, the other brokerages including Sanford C Bernstein and Canaccord Genuity had also lowered their price targets on S&P 500, citing the ongoing market disruption and stock selloff. Having recovered modestly from Monday’s fall, the index was at $2,558 Tuesday afternoon.