Dave & Buster’s Entertainment (PLAY) reported a 2.5% decline in earnings for the third quarter due to an increase in operating costs despite lower provision for taxes. However, the results exceeded analysts’ expectations. The entertainment and dining venues operator narrowed its revenue guidance and lifted its net income outlook for the full year 2018.

Total revenue grew 13% to $282.1 million. Revenue rose 15.4% on a comparable week basis. Across all stores, Food and Beverage revenues increased 10.3% while Amusement and Other revenues grew 14.8%. 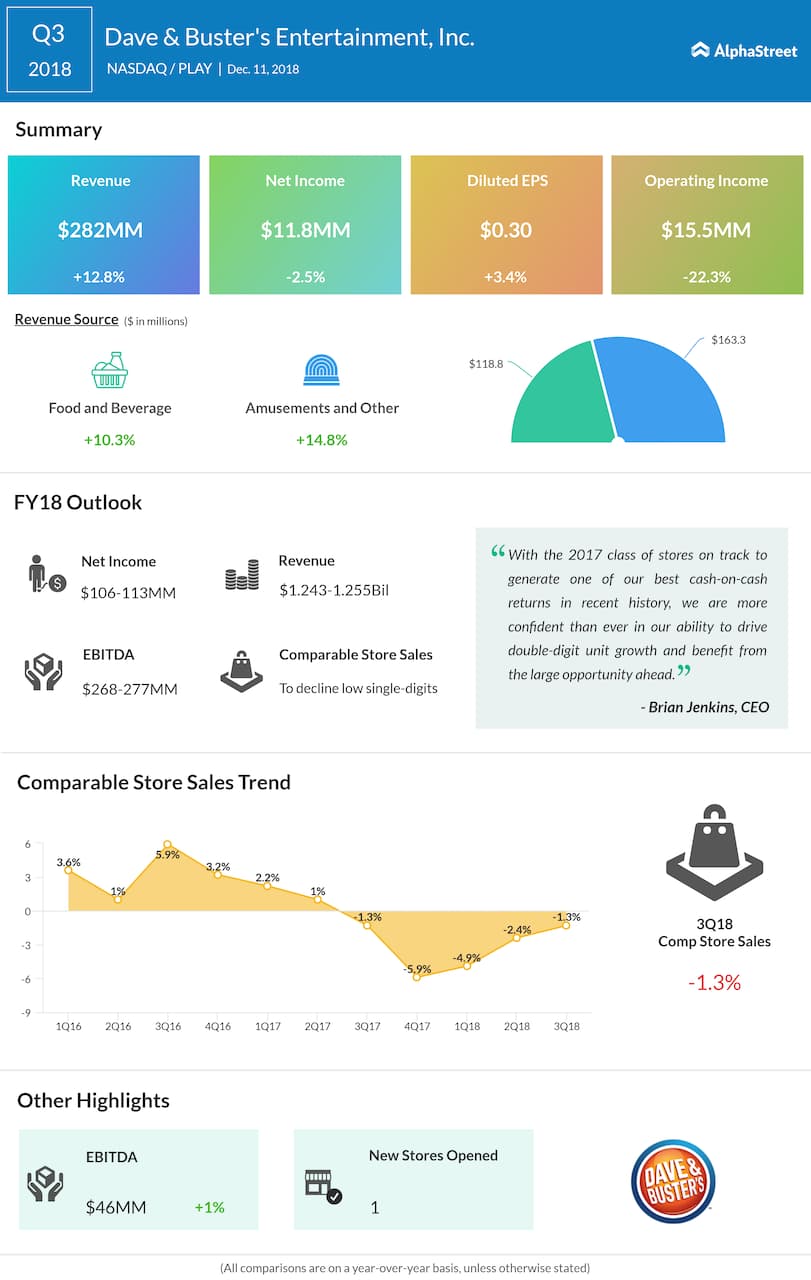 In fiscal 2018, the company said it is on track to open 15 new stores, representing 14% unit growth, at the top end of previous guidance. These store openings include 11 large, two small and two 17K format stores, and slightly skewed towards new markets for its brand. The company currently has 12 stores under construction.

During the third quarter, the company opened one store in Harrisburg, Pennsylvania. During the fourth quarter, the retailer has already opened stores in Milford, Connecticut and Birmingham, Alabama, which is a new state for the company. Later this month, the company intends to open its final store for the year in Corpus Christi, Texas, which will be its second 17K format store.

Shares of Dave & Buster’s ended Tuesday’s regular session down 2.78% at $51.03 on the Nasdaq. In the after-hours trading, the stock inched down over 11% as the company guided revenue for the fiscal year 2019 below analysts view.