Dollar General (DG) reported strong earnings results for the fourth quarter, with upbeat outlook for fiscal year 2018. Net sales grew marginally by 2% to $6.12 billion, driven by sales from new stores, offset modestly by closed stores’ sales. Profit surged by 71.9% to $712.1 million or $2.63 per share, helped mainly by the U.S. Tax Cuts and Jobs Act. On an adjusted basis, earnings per share declined about 1% to $1.48 from $1.49 a year ago.

For fiscal 2018, the discount store chain expects sales to increase about 9%, with same-store sales growth estimated to be in the mid-two percent range. EPS is expected in the range of $5.95 to $6.15, which assumes an estimated effective tax rate of 22% to 23%. 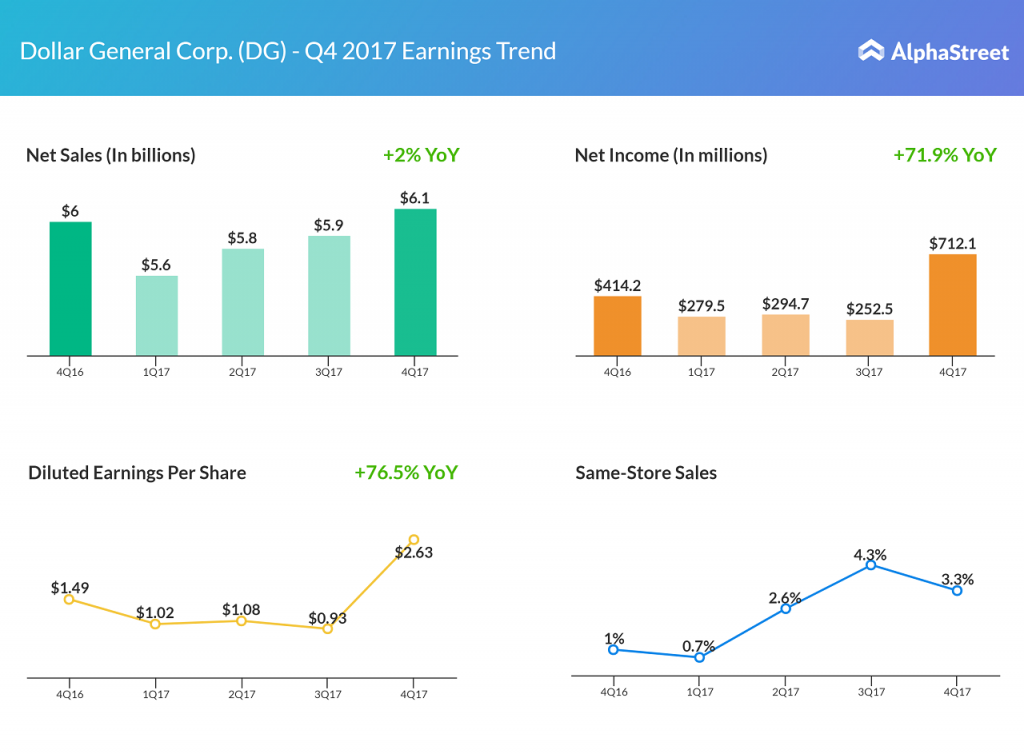