Earning preview: Q3 will be a test of Twitter’s turnaround strategy

The recovery kicked off by Twitter (TWTR) in the fourth quarter, ending a protracted losing streak, has gathered significant momentum since then. The double-digit revenue growth in the second quarter came as a morale booster for the investment community, and hopes are high ahead of the company’s third-quarter earnings announcement next week.

As per the consensus estimate, the micro-blogging platform is anticipated to register earnings of $0.14 per share for the September quarter, marking a 40% growth compared to the year-ago period. When the company unveils the results on October 25 before the opening bell, revenues are expected to be $703.72, up 19%. Going by the current trend, the management is unlikely to disappoint investors on the earnings front.

What really interests the market is the company’s user base. The numbers will be keenly scrutinized this time considering the muted growth seen in the second quarter, which had triggered a stock selloff.

The micro-blogging platform is expected to register earnings of $0.14 per share for the September quarter, marking a 40% growth

At $711 million, revenues were up 24% year-over-year in the second quarter amid strong advertisement growth and engagement, owing mainly to the soccer World Cup. There was a corresponding bottom-line improvement – to earnings of $0.13 per share from last year’s $0.16 per share loss.

Adding to the volatility in investor sentiment, the controversy surrounding fake accounts and misuse of the platform for hate speech deepened in the recent months, forcing the company to take stringent corrective actions. Though the situation improved after CEO Jack Dorsey testified before the Senate last month, clearing some key concerns, it seems a lot more needs to be done to clean up the site. 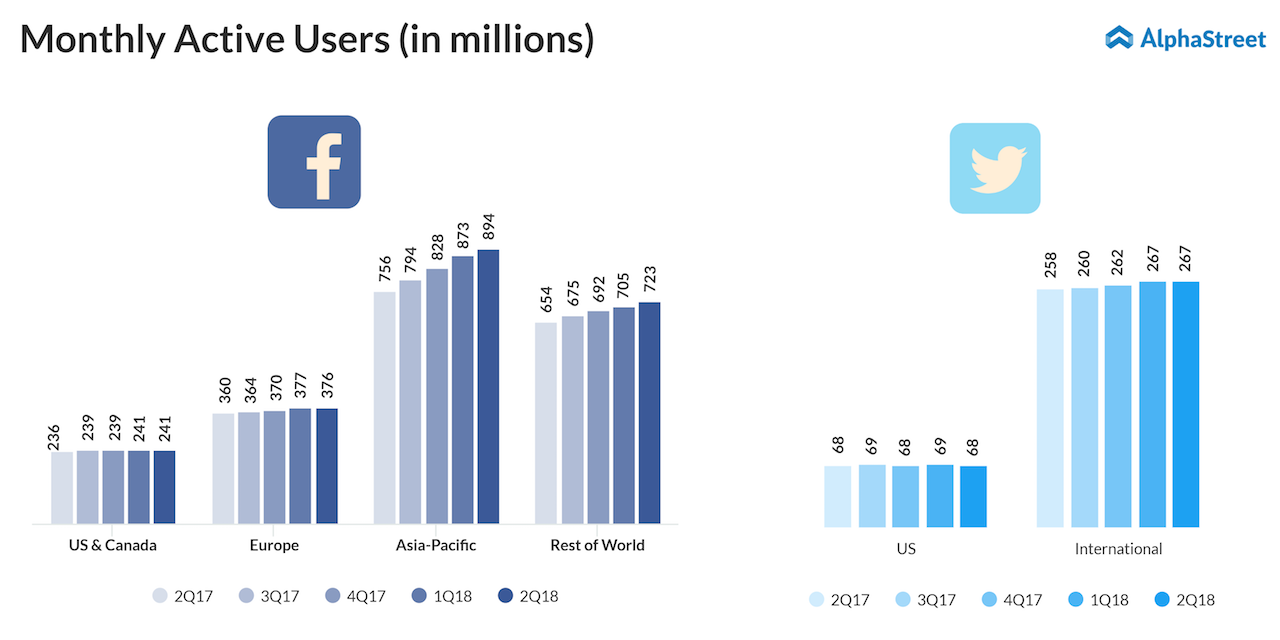 Facebook (FB), which is in the same boat as Twitter when it comes to toxic content, is all set to publish its third-quarter earnings report on October 30 after the closing bell.

Following the previous quarterly report, Twitter shares had suffered a major setback, at a time when the hype surrounding the company’s recovery was at the peak. After retreating from a multi-year peak in July, they have stabilized. The stock traded lower throughout Friday’s regular session, ending from uptrend seen earlier this week.