Apple Inc. (NASDAQ: AAPL) on Thursday reported strong revenue and earnings growth for the fourth quarter of 2021, driven by impressive sales of iPhone, the company’s flagship product that accounts for nearly half of its sales, and continued expansion of the services business. The top line missed analysts’ forecasts, while earnings matched. 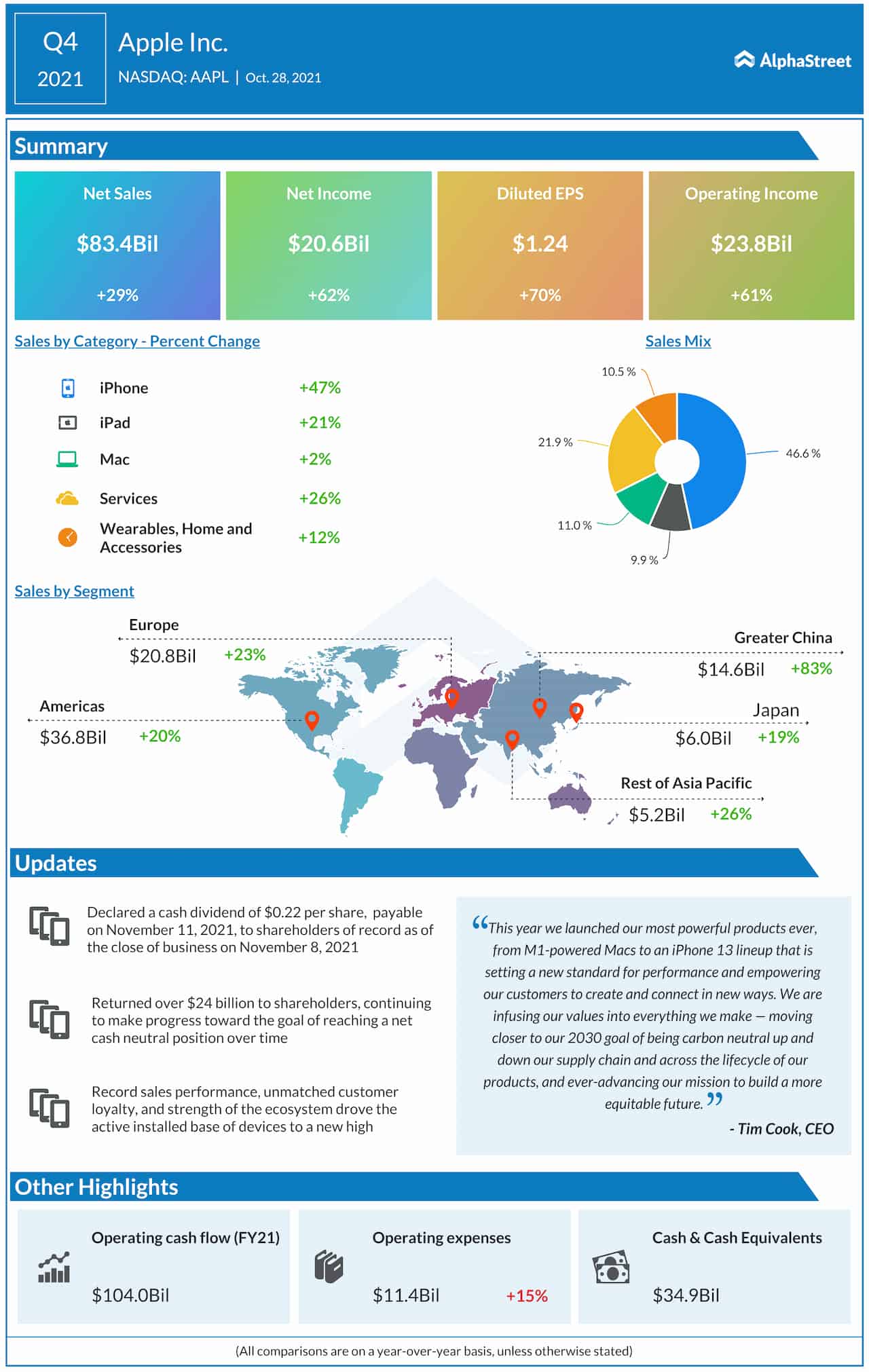 The Cupertino-based gadget giant’s fourth-quarter sales increased 29% from last year to $83.4 billion, mainly reflecting a 47% surge in the sales of iPhone and steady growth of its services business. The top-line missed the consensus estimates. 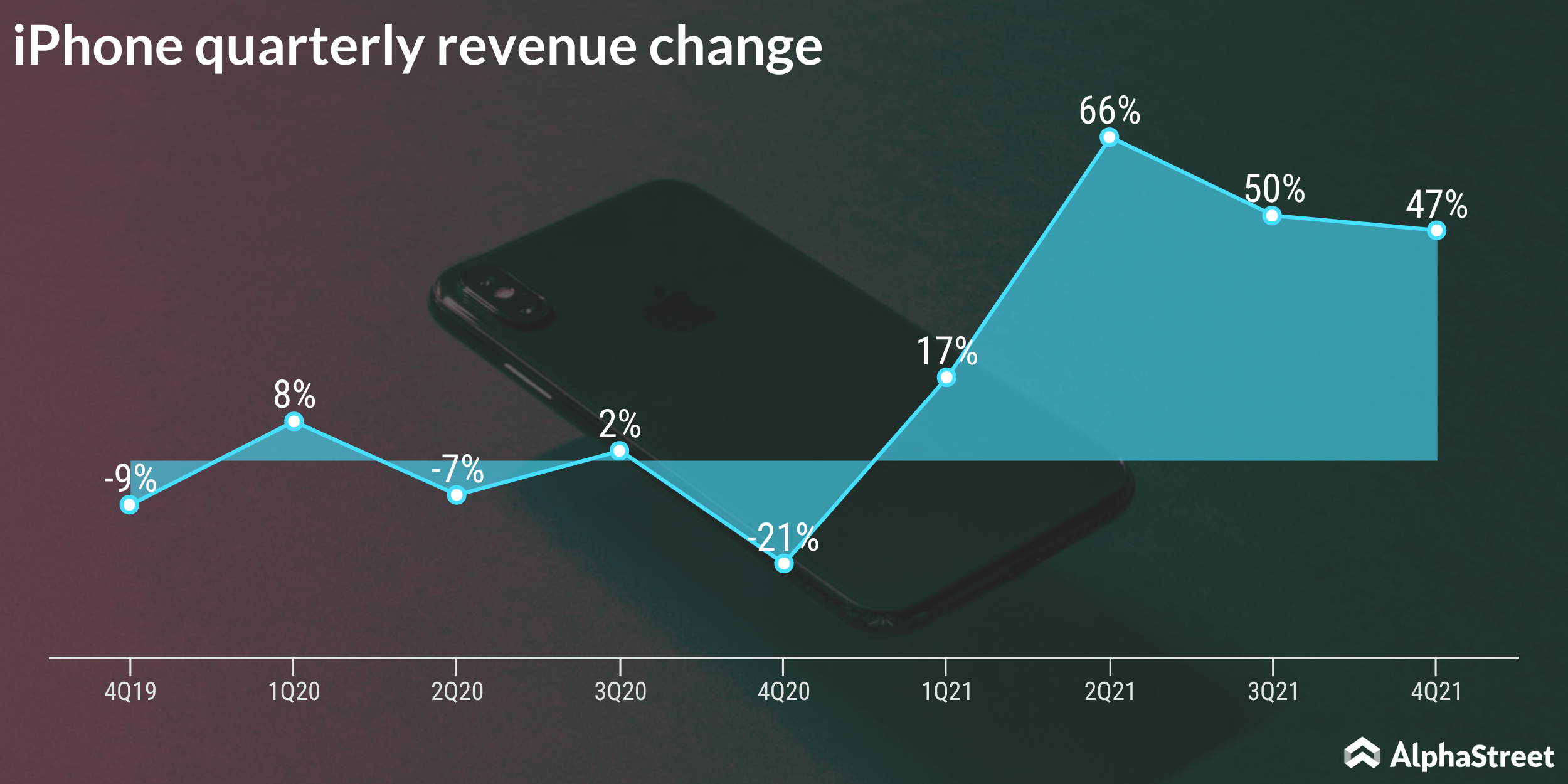 “This year we launched our most powerful products ever, from M1-powered Macs to an iPhone 13 lineup that is setting a new standard for performance and empowering our customers to create and connect in new ways,” said Apple’s CEO Tim Cook.

Apple’s stock has gained about 16% so far this year and is currently trading close to last month’s peak. It declined on Thursday evening following the announcement, after closing the regular session higher.