Earnings preview: Investments might pay off for American Eagle Outfitters in Q4

American Eagle Outfitters (AEO) is set to report its fourth-quarter 2018 earnings results on Wednesday, March 6, after the closing bell. The Street anticipates earnings of $0.42 per share on revenue of $1.27 billion.

The sentiment around the company’s December quarter results appears to be positive. In January, American Eagle announced that its comparable sales grew 6%. The company said it had a strong holiday season with momentum across brands and channels.

Last month, the specialty retailer disclosed plans to expand its American Eagle and Aerie brands across Europe through a multi-year license agreement with AEO EU. The company plans to open its first American Eagle store in Ireland this summer, and will then work to expand across several other countries including the UK, Germany and Switzerland.

As part of its investments, American Eagle introduced virtual fitting rooms across its stores in the US. This initiative will change the experience of trying on clothes while also helping to get rid of the hassles associated with it. The company has been taking several initiatives like these to improve its store experience and these are likely to benefit it in the fourth quarter and the quarters ahead.

Apart from this, several retailers are now moving into the online clothing rental market which is reportedly growing rapidly. American Eagle is also treading slowly into this space and the company is likely to benefit from this trend going forward.

In the third quarter, American Eagle reported earnings that matched expectations but the retailer missed estimates on revenue and outlook, hurting the stock at the time. 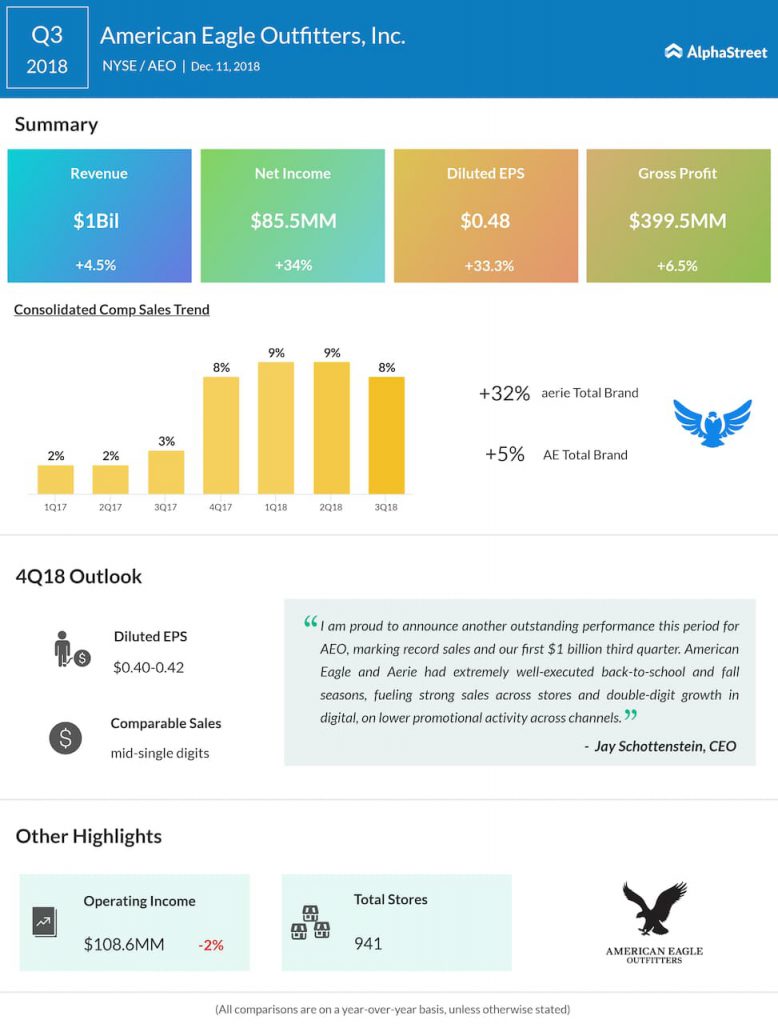 American Eagle’s shares have gained 7% so far this year. Most analysts have rated the stock as Buy and it has an average 12-month price target of $45.67.