Campbell Soup Company (CPB) is scheduled to report earnings results for the second quarter of 2019 on Wednesday, February 27, before market open. The Street anticipates earnings of $0.70 per share on revenues of $2.6 billion.

Campbell Soup has been plagued by weak sales and a heavy debt load for a while prompting one of its investors, hedge fund Third Point, to push for a sale of the company and an overhaul of the management team. In November, however, Third Point and Campbell agreed to a settlement with regards to the appointment of board members.

Some believe the inability to find an appropriate buyer for the business is the reason for Third Point softening its stance and opting for moderate measures to turn the business around. Campbell is dealing with tough competition in the industry along with slow growth and is in dire need of a new and efficient strategy.

The company is already in the process of divesting its Campbell Fresh and Campbell International businesses in order to increase its focus and reduce debt. Last week, Campbell announced the sale of its refrigerated soup plant in Washington to an affiliate of the private investment company, Joshua Green Corporation. The deal is expected to close in the third quarter of fiscal 2019.

In the first quarter, Campbell reported better-than-expected revenue and earnings. Revenue grew 25% to $2.6 billion while adjusted EPS came in at $0.79. 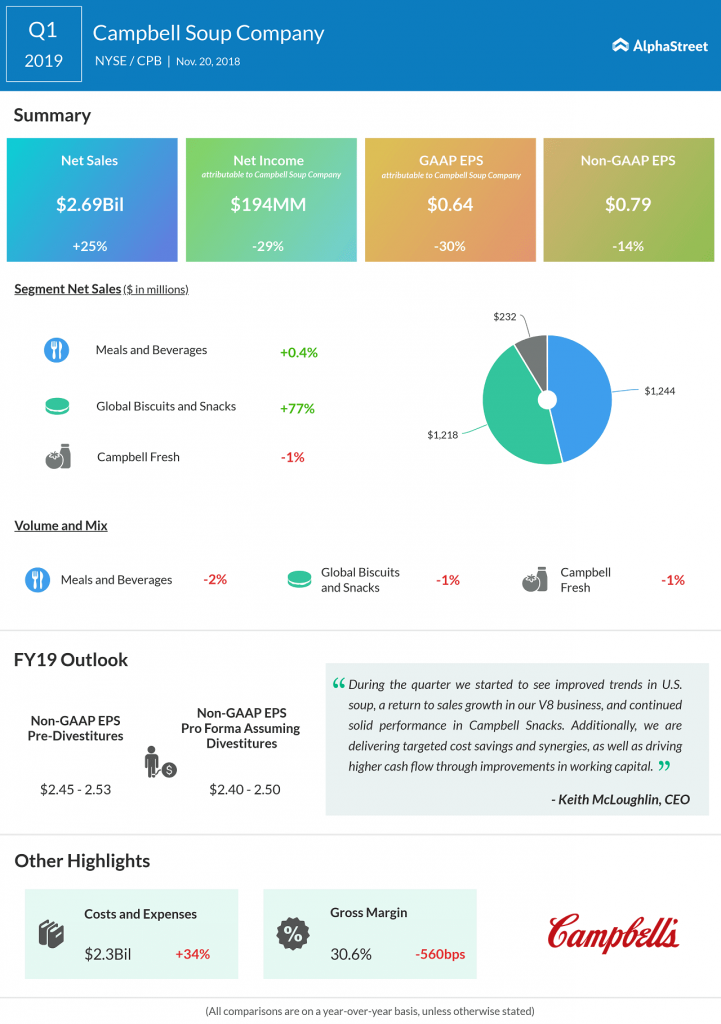 Over the past three months, Campbell’s shares have declined 20%. The stock has an average target price of $38.15 and holds a consensus rating of Hold. Campbell’s stock was down 1.6% in afternoon hours on Monday.