Muted trading could really affect Morgan Stanley (MS) earnings that is scheduled to release Tuesday. With slowing trading activities, revenue might dip due to the slump in trading income.

Significant volatility and the bull market did help the financial giant in the first half of the year, but client activity has been low in the quarter due to the expectation of inflation, Fed policies, and the prospective trade war. 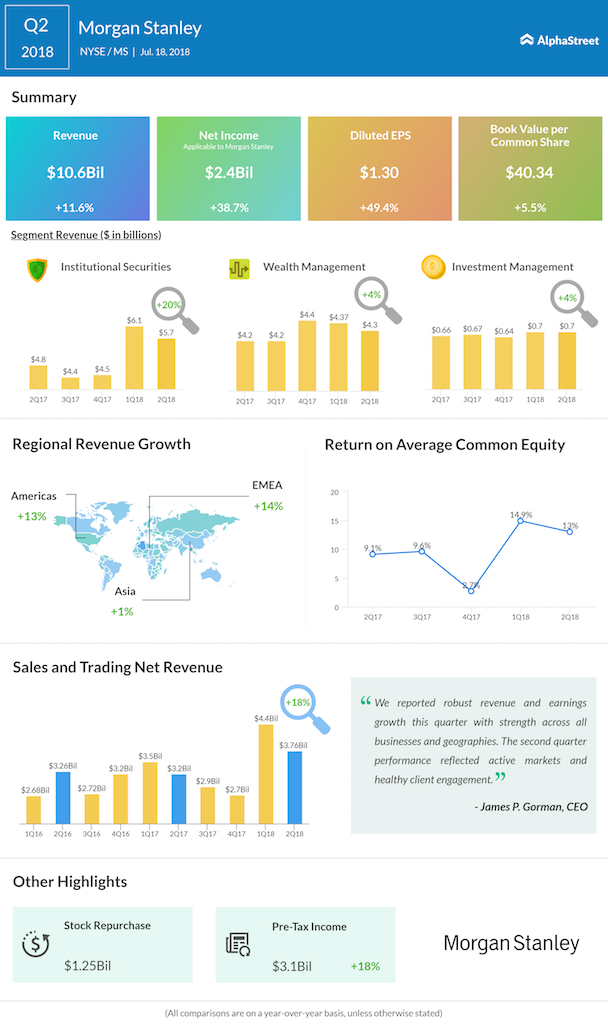 According to Thomson Reuters I/B/E/S, Morgan Stanley is expected to record a profit of $1.02 a share on $9.56 billion in third-quarter revenue. Last year same quarter, the financial company made a $0.93-a-share profit on $9.2 billion in revenue.

However, you can expect fixed-income trading revenues to slide at least 17.5% sequentially to $1.14 billion. Third quarter trading revenue might be in the vicinity of $2.9 billion, lower than the second quarter.

But all is not lost for Morgan Stanley as robust M&A deals might bolster its advisory fees and might hit closer to $0.6 billion. The rate hikes could also see a bump in interest income and overall loan demand.

On the other hand, the seasonal slowdown might affect underwriting fees, especially due to trade-war fears, The interest rate hikes by the Feds could also have led to lower issuances of debt which makes up much of the underwriting fee.

Compensations are set to play another important part in the earnings as Morgan Stanley reports tomorrow. Watch out for specific items that have been mentioned above and follow our details coverage this earnings season.