Meanwhile, earnings rose 14% to $1.46 per share during the first quarter. This is 3 cents higher than analysts’ prediction of $1.43 per share. Walgreens shares slid 0.4% during pre-market trading, immediately following the announcement. 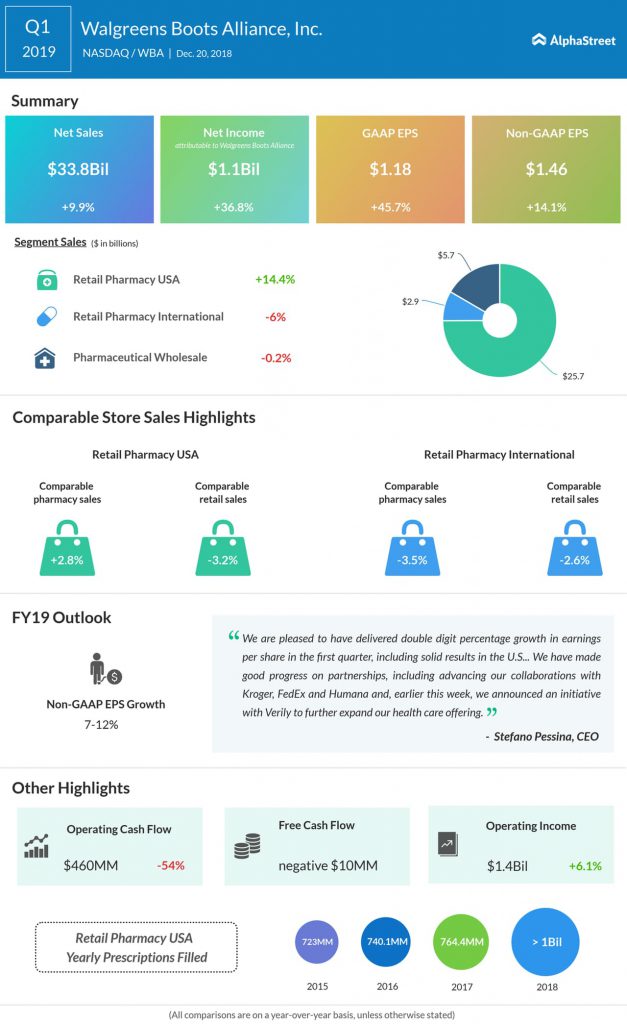 Comparable pharmacy sales increased 2.8% in the US, while in the UK, it declined 3.5%. Comp sales in the UK were hurt by a “weak retail environment.”

CEO Stefano Pessina said, “Today we are reaffirming our fiscal 2019 guidance and announcing the launch of a new transformational cost management program, which is targeting annual cost savings of more than $1 billion by the end of the third year, to better position ourselves to meet our long-term targets.”

Currently, there are multiple challenges facing the conventional drug store operators in America, and the most serious among them is the inroads being made by Amazon (AMZN) into the drug retail space after the acquisition of PillPack.

Last week, Walgreens suffered a blow after Goldman Sachs downgraded it and cut the price target, citing the fast-changing dynamics of the drug retail sector. The research firm believes the management of Walgreens should be doing much more to tackle the headwinds than just forge partnerships with businesses across industries, such as the alliance with FedEx (FDX) and Kroger (KR).