US pharma giant AbbVie Inc (ABBV) cut its overseas sales forecast on Friday for its offering Humira, on expected pricing cuts to compete in Europe.

Chief Executive Officer Richard Gonzalez, in a conference call, said, “we’ve seen discounting at ranges from as low as 10 percent to as high as around 80 percent.”

According to AbbVie chief, Nordic countries saw the highest cut, especially in a time when the market thinks cheaper biosimilar competition will continue to be strong in the coming year in the continent as well.

Analysts expect the competition to adversely affect, and gain more momentum in 2020, with Mylan NV (MYL), Biogen Inc (BIIB) Amgen Inc (AMGN) and Novartis AG (NOVN) all starting the sales of biosimilar versions of Humira in Europe. this has caused quite a bit of unrest amongst investors, especially when the blockbuster prescription medicine brings in about two-thirds of AbbVie’s top line. 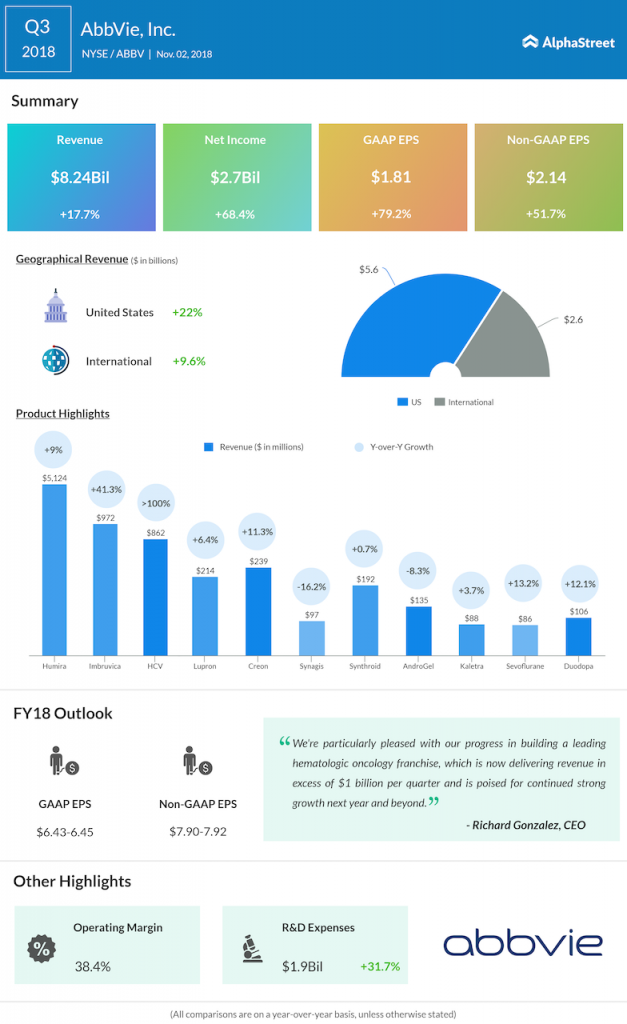 In the US, however, AbbVie is safe, since biosimilar competition is not expected until 2023. Outside the US, the medical giant sees a 26-27% drop in Humira sales next year, more than the earlier expected 18-20% slip.

In the last reported quarter, total Humira sales were 9% higher at $5.12 billion. Apart from it, leukemia drug Imbruvica also exhibited higher-than-expected sales in the period, hitting $972 million — much higher than the analyst consensus of $885.6 million. Maybe, these strong fundamentals could be the reason for the stock not reacting much to the CEO comments, as it remained flat at $79.77 following the outlook.