Here’s what American youngsters want in their smartphones

Smartphones have now become part of us. From an accessory, it has morphed to a necessity for some, and a lifesaver for many. So it is only natural that consumers expect more from their devices. Here’s what the US consumers are looking for in their devices.

Portrait Mode is a clear winner, as a survey by Mediatek confirmed with respondents stating they use the mode to reproduce the high-quality depth-based close-up photos that DSLR cameras capture 40% of the time. 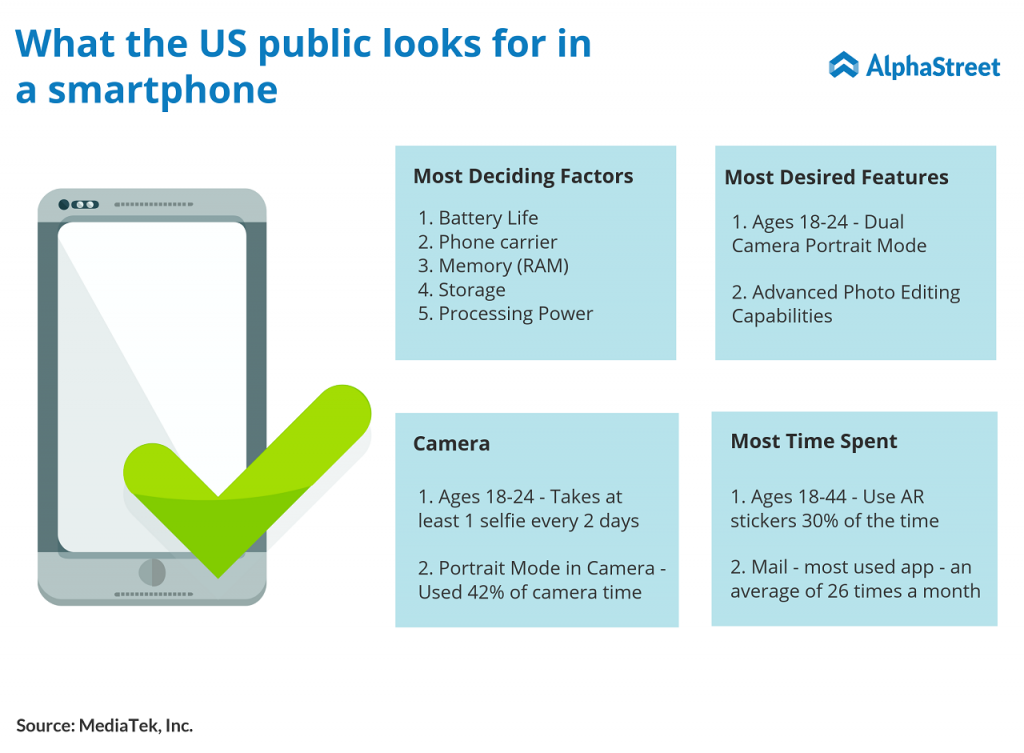 The results also hinted at the popularity of AI-based features such as face beautification and AR stickers among youngsters. In ages 18-44, AR stickers are used about 30% of the time, more than double the time respondents of ages 45-54 use (13%.) Those above 55 used it only a mere 6%.

The younger group also use face beautification more than a third of the time (34.5%.) This also points at the claims that “the future of smartphone cameras is AI.”

Snapping high-quality photos quickly was among the more important features, with instant focus bagging the top spot. However, the youngsters (ages 18-24) ranked Dual Camera as the most important cam feature, with HDR a bagging the runners-up.