Infographic: Everything you need to know about Aurora Cannabis’ (ACB) Q2 earnings

Aurora Cannabis, Inc. (NYSE: ACB) on Thursday reported a narrower net loss for the second quarter of 2022. The company’s revenues dropped 10% year-over-year during the quarter. 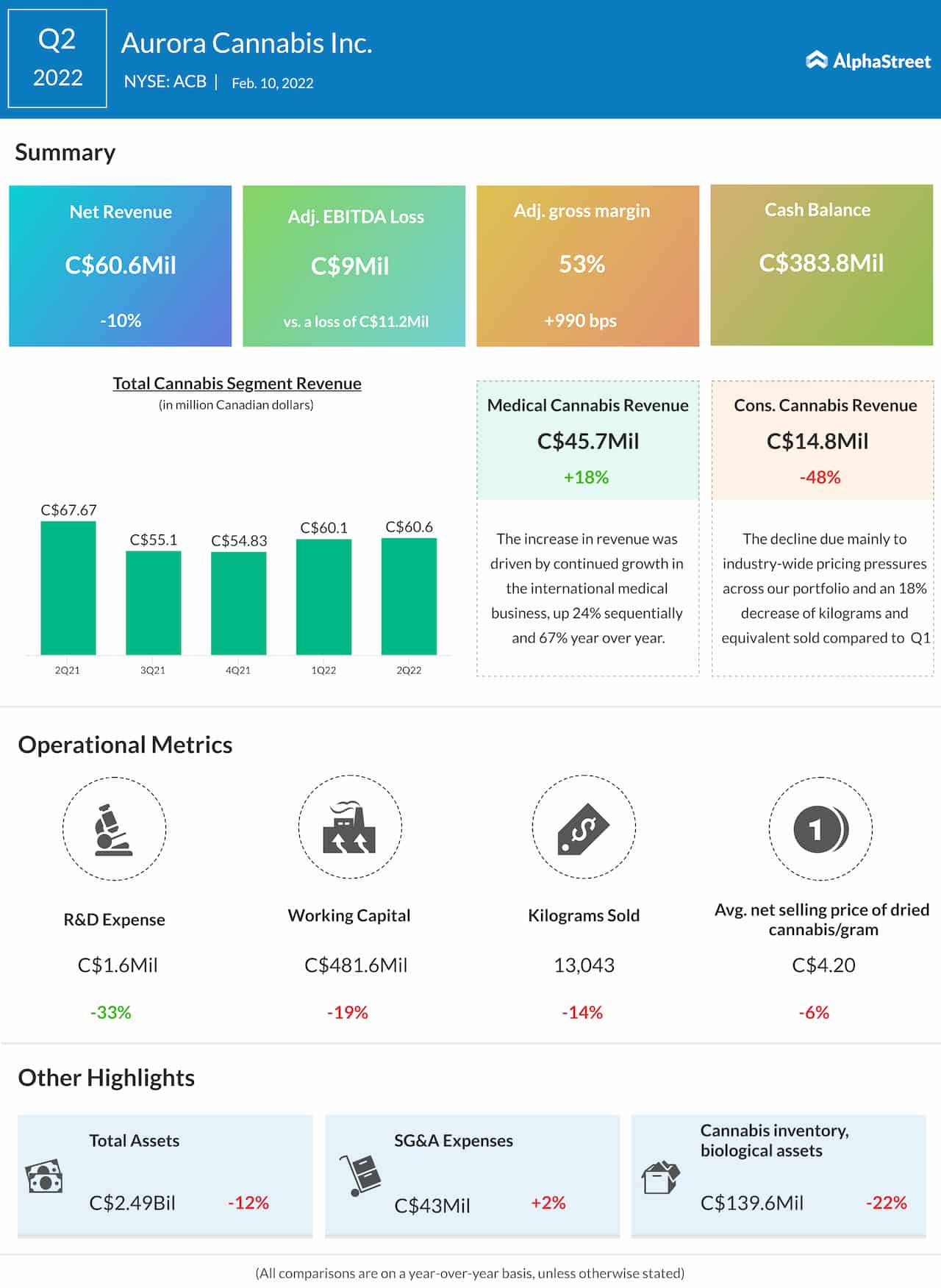 “During the second quarter, we improved our Adjusted EBITDA by $2.5 million over Q1, moving us closer to our profitability goal. Our focus remains on further cost reductions, and we are pleased to announce today that we expect to reach the high end of the $60 to $80 million range. Our balance sheet remains among the strongest in the industry, with approximately $445 million in cash as of yesterday, ” said Miguel Martin, chief executive officer of Aurora Cannabis.

Shares of Aurora Cannabis gained soon after the earnings release on Thursday evening at the New York Stock Exchange, after closing the regular session higher.