Auto giant Ford Motor Company (NYSE: F) on Thursday reported lower earnings for the fourth quarter of 2021, despite a 5% increase in revenues. 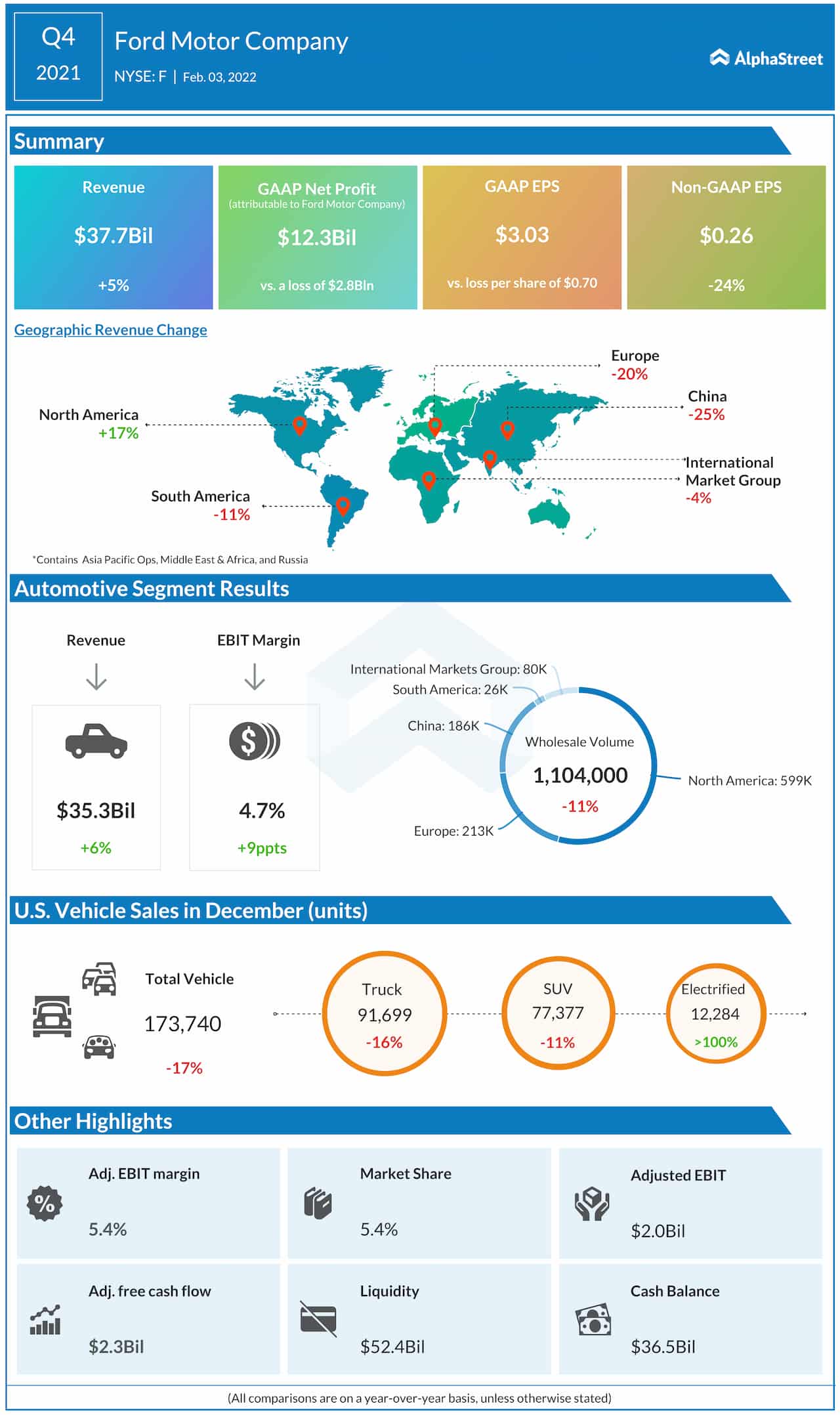 Fourth-quarter revenues rose 5% annually to $37.7 billion. Automotive revenue grew 6% to $35.3 billion, which was broadly in line with estimates. The company reported earnings of $0.26 per share, on an adjusted basis, down from last year’s profit of $0.34 per share. The market had predicted an year-over-year increase.

Ford’s stock entered 2022 on a high note and reached a record high in early January, before slipping back to the pre-peak levels in the following weeks. The stock closed Thursday’s trading lower, and lost further soon after the earnings announcement.