Medical device company Intuitive Surgical, Inc. (NASDAQ: ISRG) has reported a decline in first-quarter earnings despite a double-digit growth in revenues, hurt by an increase in costs and expenses. 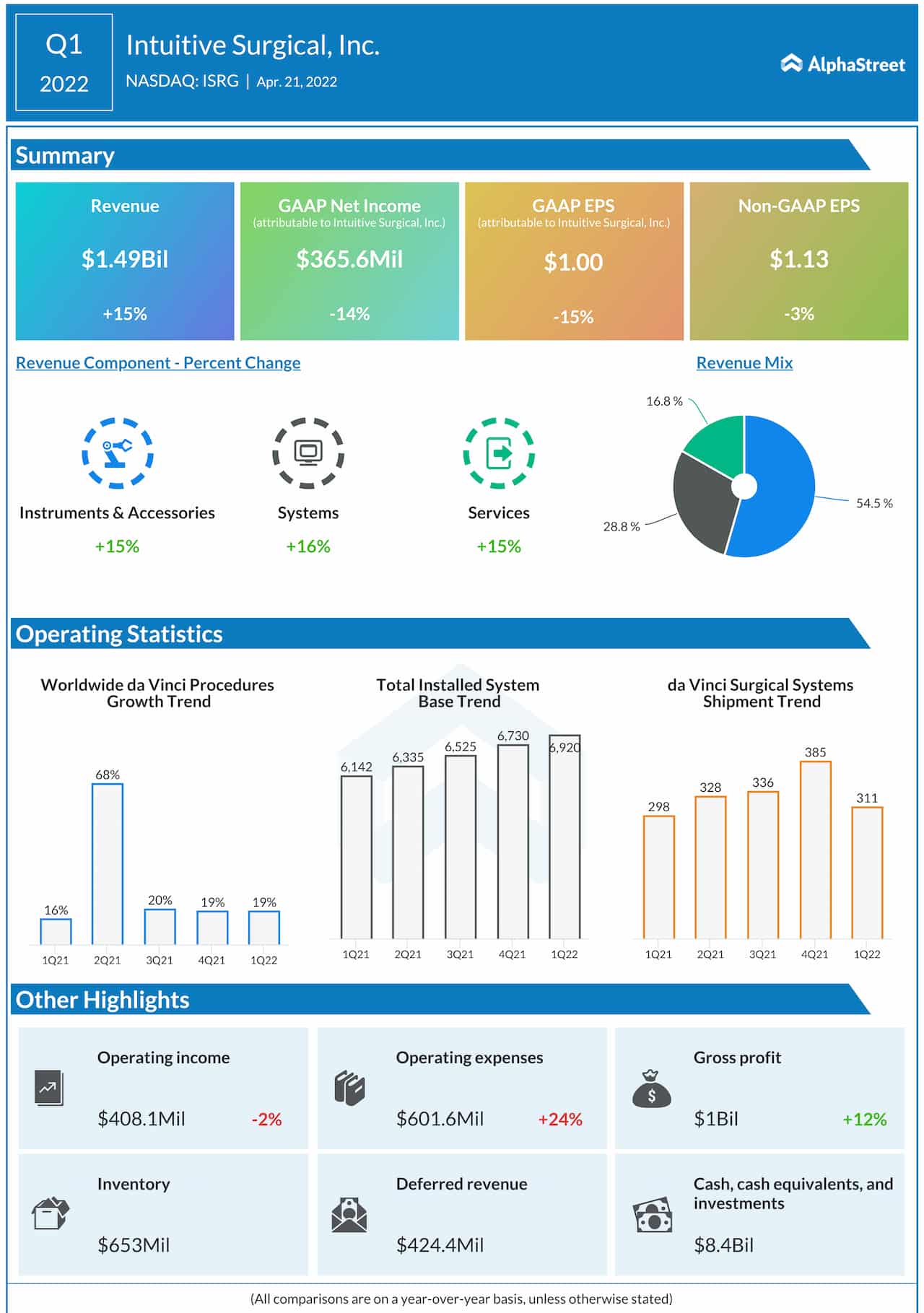 Revenues increased 15% year-over-year to $1.49 billion in the first three months of fiscal 2022, driven by a marked increase in da Vinci procedures and system placements.