Netflix (NFLX) shares fell up to 4% Thursday immediately after the streaming giant reported a slight top-line miss in the fourth quarter of 2018. In spite of topping its own expectations for net-additions, investors were worried by the slowing growth of its top-line. FULL REPORT.

Here are the key management comments from the earnings conference call. You may listen to the entire call here, or read through the full transcript here.

CFO Spencer Neumann: It’s my ninth day at Netflix. Planning to do a lot of listening and learning in the first 60 days.

In Q4, the strength in membership growth was really broad-based geographically

Chief Content Officer Ted Sarandos : On the local language side, shows like Elite played very strong in the home country, Spain, as well as throughout the Spanish speaking world, and ultimately through the entire world. 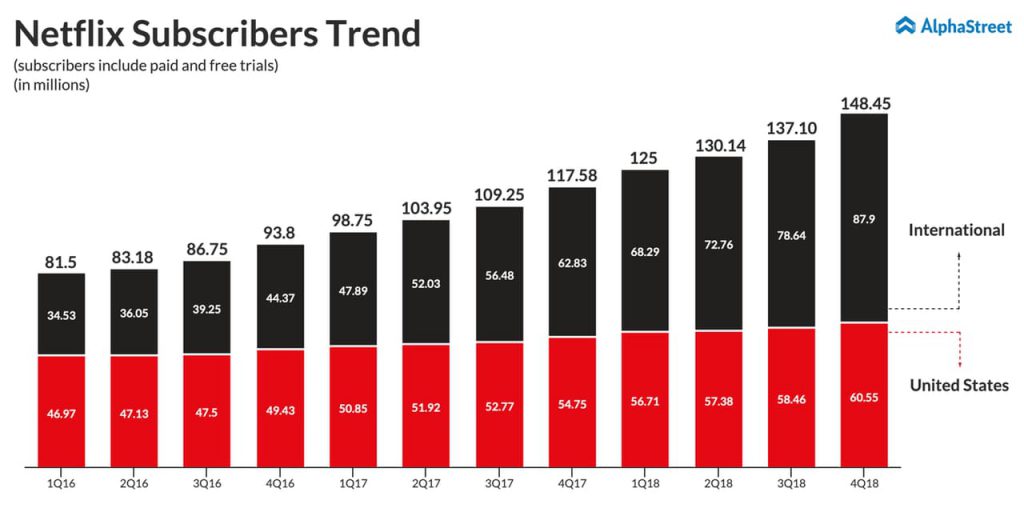 Chief Product Officer Greg Peters: (on the sudden spike in app downloads in iOS smartphones) I think it really speaks more to just the general relevance that the application has… Those members are using it on mobile in large part as well. And so we just see an increased rate of download.

Ted Sarandos: (On content investments in 2019 vs 2018) It’s more of the same, but on a continued larger scale. I think in local language content investments continuing to improve the markets that are emerging for us. We are able to fine-tune our offerings in markets such as Korea and India.

Greg Peters: (On content investments in 2019 vs 2018) We’re not giving individual expense line item guidance, but I will say that it was $7.5 billion in content amortization in 2018.

We are also committed to growing the operating margin in 2019 by about 300 basis points year-over-year to 13%. So you’ll see improved margin, but also higher content spend as well.

CEO Reed Hastings: (on higher engagement in Q4) In the earnings report, we included this analysis of the total TV entertainment market in the United States. Just to point out how large a market that is about a billion hours a day enjoying television, against gaming platforms, linear, DVD, Netflix, everything. And we’re running about 10% of that.

In other nations, we’re a smaller percentage of the total TV viewing, because we’re less penetrated. 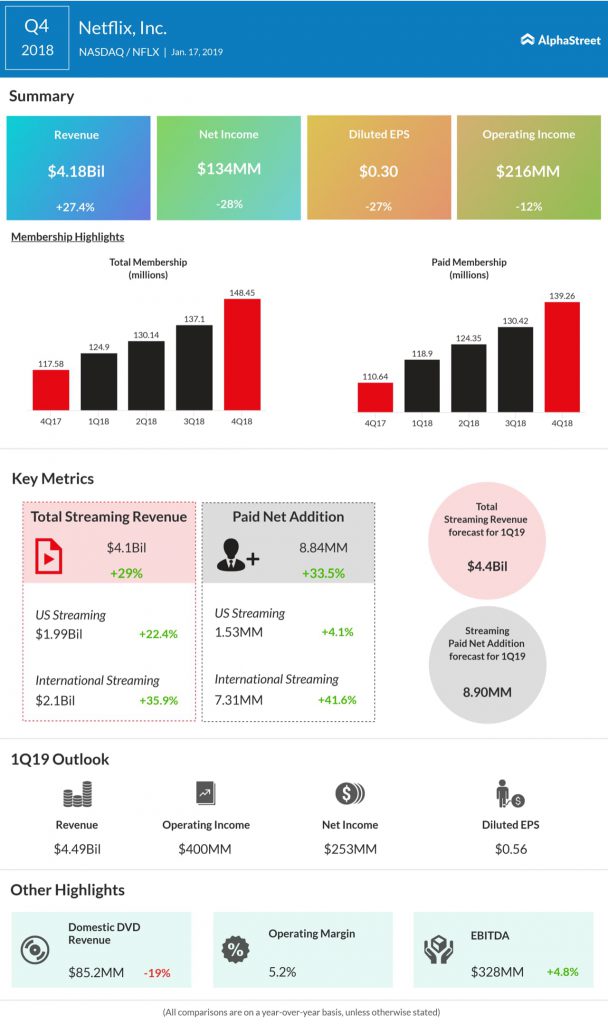 Ted Sarandos: (on interactive shows) I would just say there’s been a few false starts on interactive storytelling in the last couple of decades. And I would tell you that this one has got storyteller salivating about the possibilities. We’ve got a hunch that it works across all kinds of storytelling and some of the greatest storytellers in the world are excited to dig into it.

Spencer Neumann: (on negative cash flows): The negative cash flow in 2018 was roughly $3 billion and we’re predicting sort of similar levels in 2019, and then to meaningfully improve that trajectory going forward.

In the interim, as we continue to need to access the markets, I don’t foresee any change to our approach. We’ve talked about the fact that we’ve accessed the debt markets to do that and we’ll continue to do so.