Facebook’s (FB) revenue grew 42% to $13.23 billion but came below average analysts’ expectation of $13.36 billion after being embroiled in a slew of data leaks and fake news scandals. Facebook also managed to boost its average revenue per user, which grew from $23.59 during Q1 to $25.91 in the US & Canada. 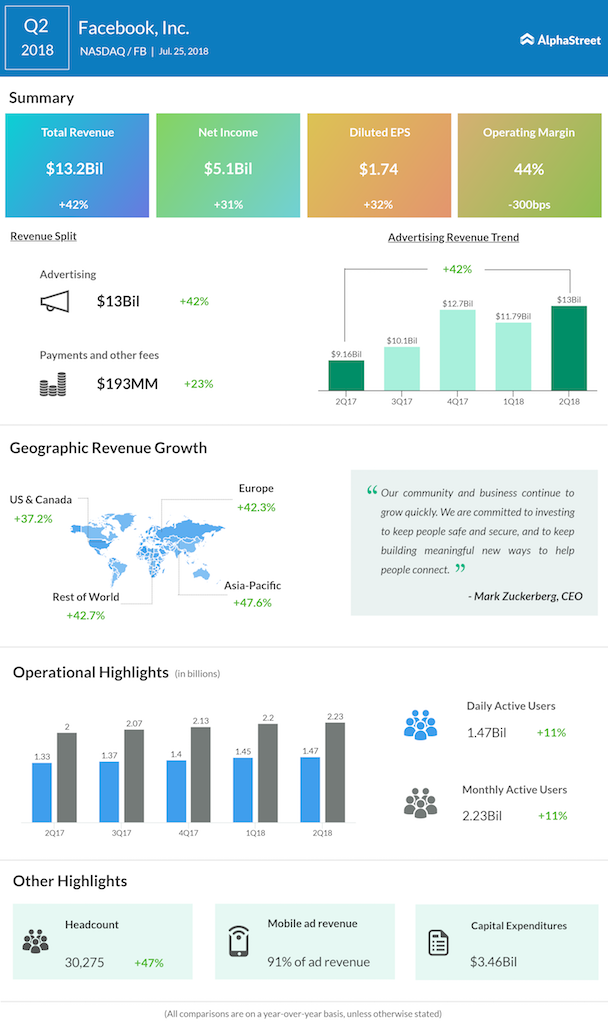