Shares of Lyft, Inc. (NASDAQ: LYFT) took a break from the losing spree last week after the management said the company would turn profitable sooner than initially estimated. However, the ride-hailing firm traded far below its IPO price ahead of the third-quarter report, which will be published on Wednesday at 4:05 pm ET.

The consensus estimate is for a loss of $1.66 per share on revenues of $913.07 million. The revenue estimate represents a 56% year-over-year increase and is broadly in line with the company’s guidance.

Profitability might be challenged by high costs as the company continues to spend heavily on promotional activities such as incentives to partners and customers, in an effort to keep pace with rivals. The strategy diminishes the chances of a near-term turnaround, despite the robust revenue growth, and complements the management’s revised target of turning profitable in the next two years.

Since the senior executives now have a clear path to profitability, there is optimism in the market with regard to the stock’s future performance. However, investing in it before the upcoming earnings report wouldn’t be a great idea. Lyft recorded a steady increase in the number of active riders since its Wall Street debut, which continues to contribute to the top-line growth. It also benefits from higher revenue per active user, mainly reflecting the increase in service fees. 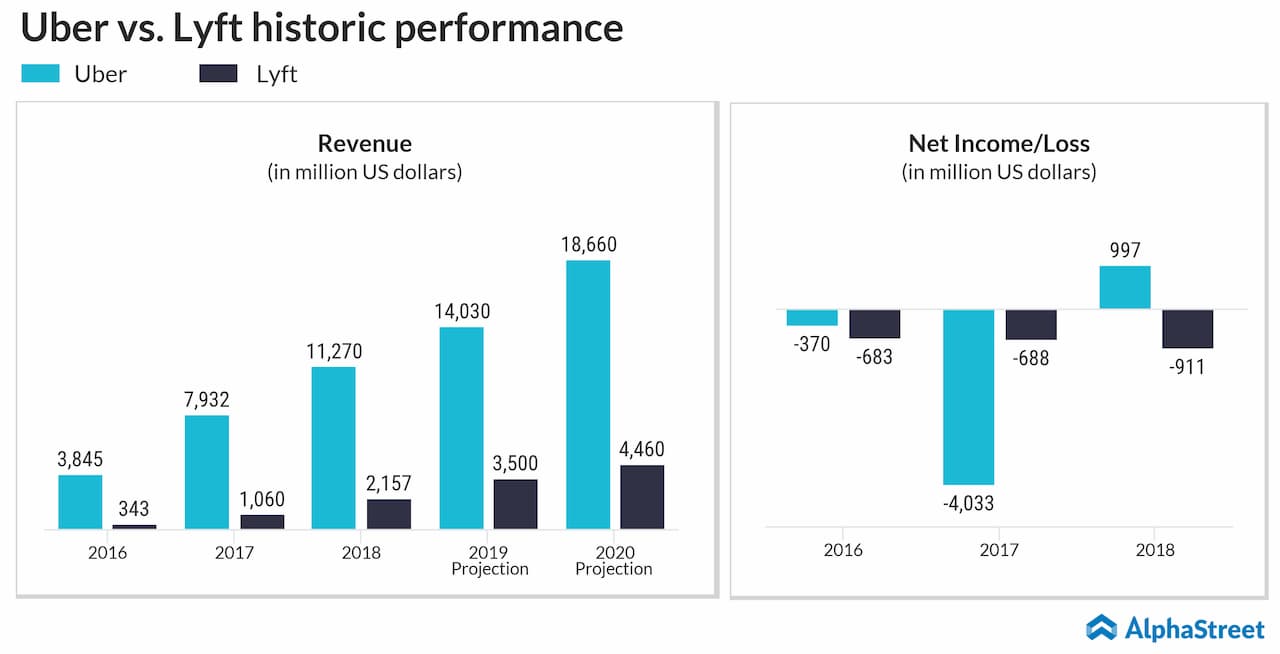 While the company reported a loss for the first quarter and second quarter, its cash position improved towards the end of the first half of the fiscal year, a trend that is expected to continue in the to-be-reported period.

Though a strong growth in the number of active riders and unit revenues pushed up total revenues by 72% to $867.3 million in the second quarter, net loss widened to $644.24 per share, hurt by stock-based compensation and related payroll tax expenses.

Uber Technologies (UBER), which competes with Lyft in online taxi service, is scheduled to release results for its most recent quarter on November 4, after the closing bell.

Among the tech unicorns that went public this year, the post-IPO performance of Lyft was one of the most disappointing. The stock plunged about 44% since the debut. In the past six months alone, it lost 27% and is currently hovering below the  $45-mark.