Unlike prior years, 2020 has been a particularly difficult year on the bourses for Alteryx, Inc. (NYSE: AYX). The stock kept bouncing off major support and resistance levels, primarily due to the fact that many companies remained unwilling to shell out on analytics to ensure liquidity during the pandemic period. This resulted in a deceleration in topline growth, despite consistently beating analysts’ estimates.

The guidance announced along with the Q3 results was especially unsettling to many investors. Fourth-quarter earnings were expected to decline 4-7% from a year ago, while the full-year revenue was projected to grow 15-16%, vs. a 65% growth achieved last year. But now that we have been receiving a lot of positive vaccine reports lately, what should we expect? 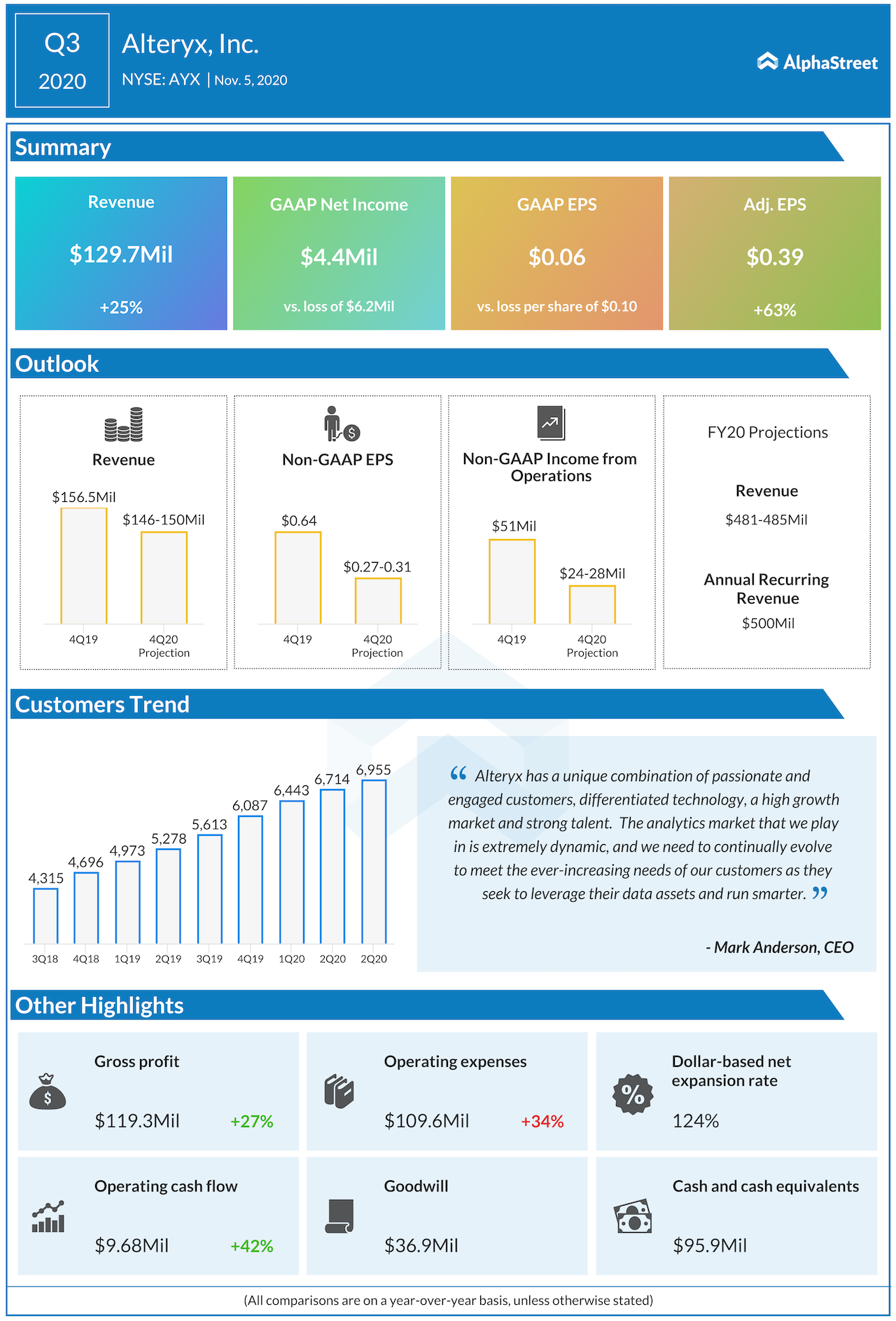 In an interview with AlphaStreet, Alteryx CFO Kevin Rubin said he sees the challenging customer buying cycle witnessed so far this year to drag on till the end of the fiscal year. “We have pretty good visibility into customer conversations and pipeline and those things. And I would just simply go back to the guidance we set when we set it,” he said.

Meanwhile, the CFO stated that the hike in server costs rolled out earlier this year did not have any material impact on the revenues. It may be noted that this was the first pricing change over the past years, despite adding multiple new features and functionalities.

“Renewals were up around the time the price change went into effect. And so there was a small population of customers that we worked with around pricing. But on the whole, we haven’t seen any real negative impact from adjusting the price of server.”

The pandemic had forced some of Alteryx’s clients to choose short-term contracts over multi-year ones. Since the company records about a third of the total contract value upfront, the shorter-duration deals had a squeezing impact on the revenues. In fact, many investors look at the company’s annual recurring revenue (ARR) for a more balanced understanding of top-line performance. 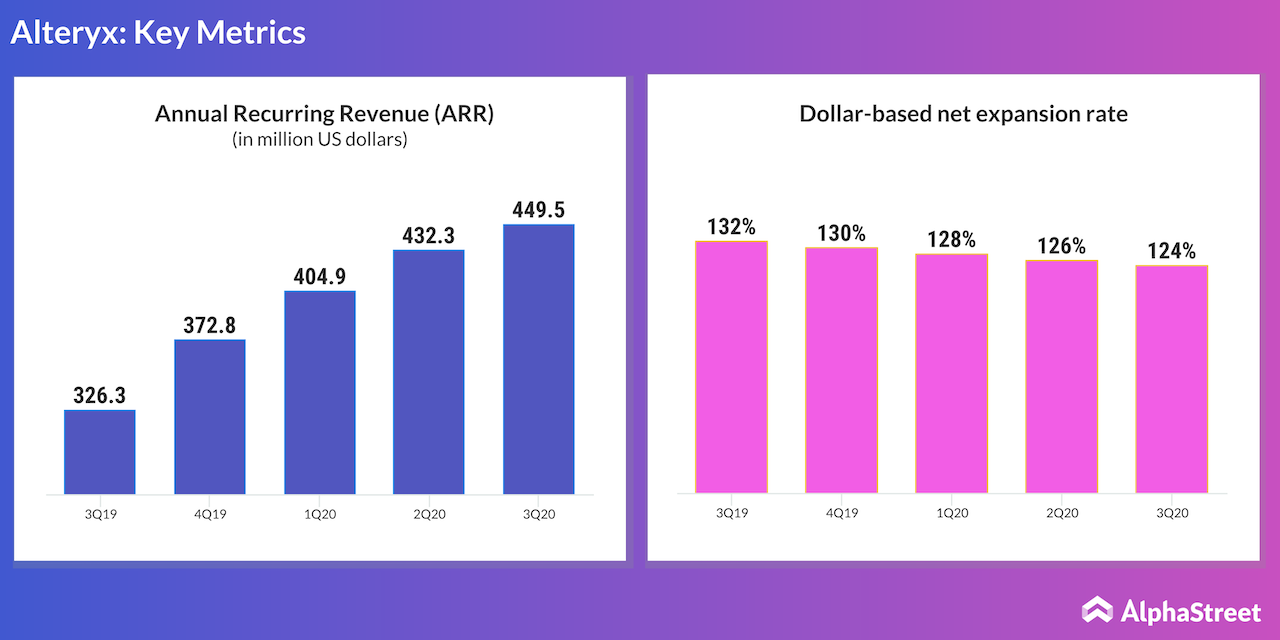 Asked about the management’s strategy on encouraging clients to opt for long-duration contracts, Rubin said the incentive program is designed in a way to put the sales rep in a neutral position. “That being said, our compensation plans are purposely designed to provide different behaviors and incentives and they have always included components around multi-year duration,” the executive added.

Since the beginning of the year, Alteryx shares have gained 13%. The stock has a 12-month average price target of $162, which is at a 36% upside from the trading price on Thursday.

Should you buy Oracle (ORCL) stock ahead of next week’s earnings?

The cloud infrastructure market in the U.S. is projected to grow by double digits through 2030. The fast-paced cloud adoption has made leading tech firms like Oracle Corporation (NYSE: ORCL)