At $157.8 million, revenues were up 32% from the year-ago period and below Wall Street’s projection. There was a 32% increase in Shack sales. Driving the top-line growth, same-Shack sales moved up 2%. 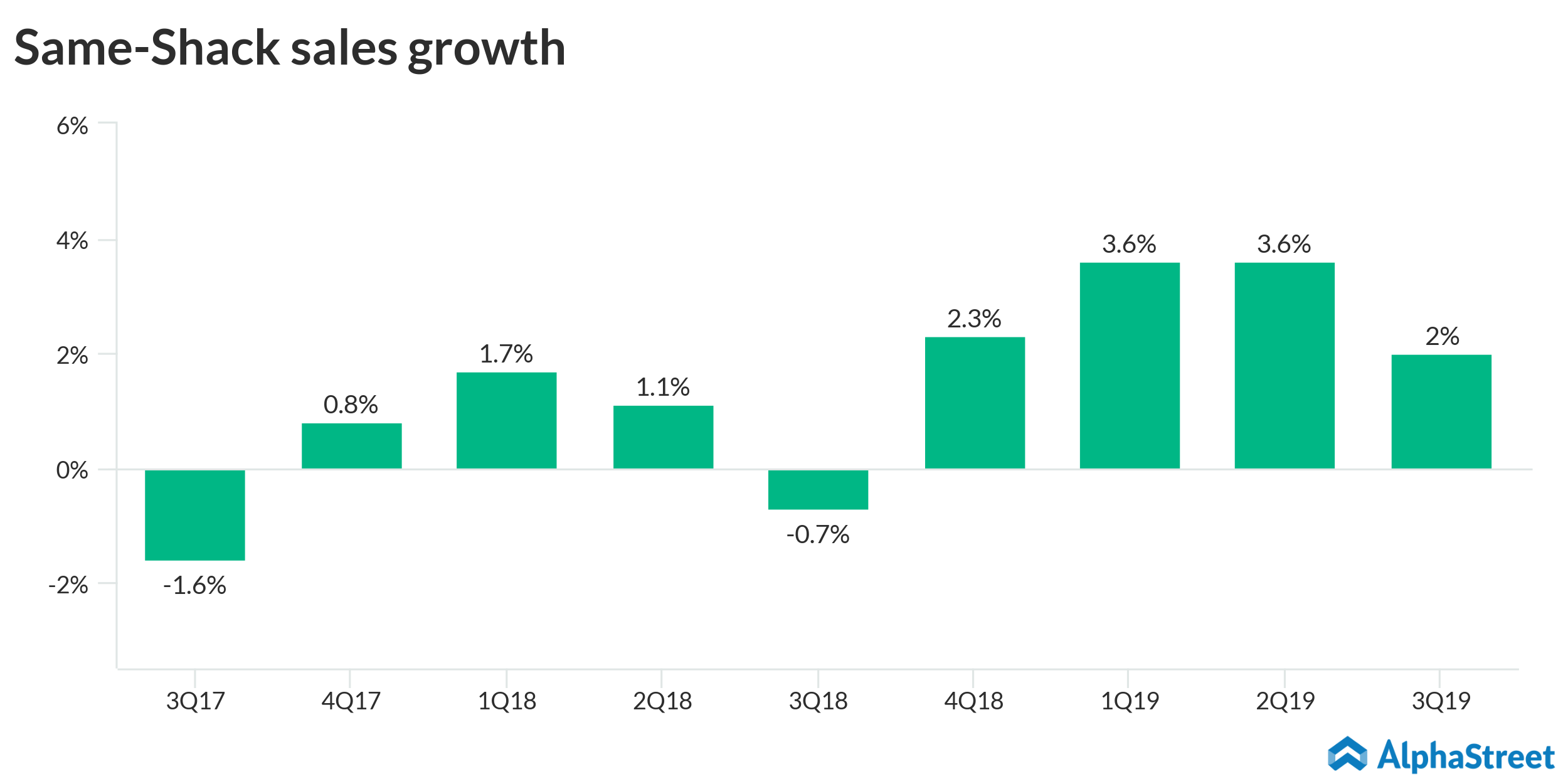 During the three-month period, the average weekly sales at domestic company-operated Shacks dropped 7% annually to $80,000, mainly due to the addition of newer Shacks at a broader range of average unit volumes.

“ Overall, we continue to execute this year’s plan while gearing up for the key strategic initiatives of 2020. We’ll be focused more than ever on putting our people first, simplifying and supporting our operations, and enhancing our winning guest experience,” said CEO Randy Garutti.

The company opened 11 domestic company-operated Shacks during the quarter, including its launch in the new markets of Louisiana, Kansas and Utah, as well as further expanding in New Jersey, Michigan, Florida and Texas. It also opened six net international licensed Shacks, including its  first Shack in Mexico City, third Shack in Osaka, Japan, and  first in Busan.

The management lifted its revenue outlook to the range of $592 million to $597 million from the prior range of $582-$590 million. Same-shack sales growth is now expected to be about 1.5%, compared to the previous estimate range of 2%. The company now expects to open 38 to 40 domestic company-operated Shack stores and 24 to 28 licensed Shack stores in 2019.

Shake Shack’s shares gained about 75% so far this year and 65% since last year. The stock closed Monday’s regular session higher, but lost in the after-hours.