Amidst the workers strike and the continuing weakness in China, General Motors (NYSE: GM) reported a dip in revenues and income for the third quarter. The results, however, were better than what the street had anticipated.

Meanwhile, the company was forced to lower its fiscal year guidance, hurt by the 40-day strike by the United Auto Workers union. 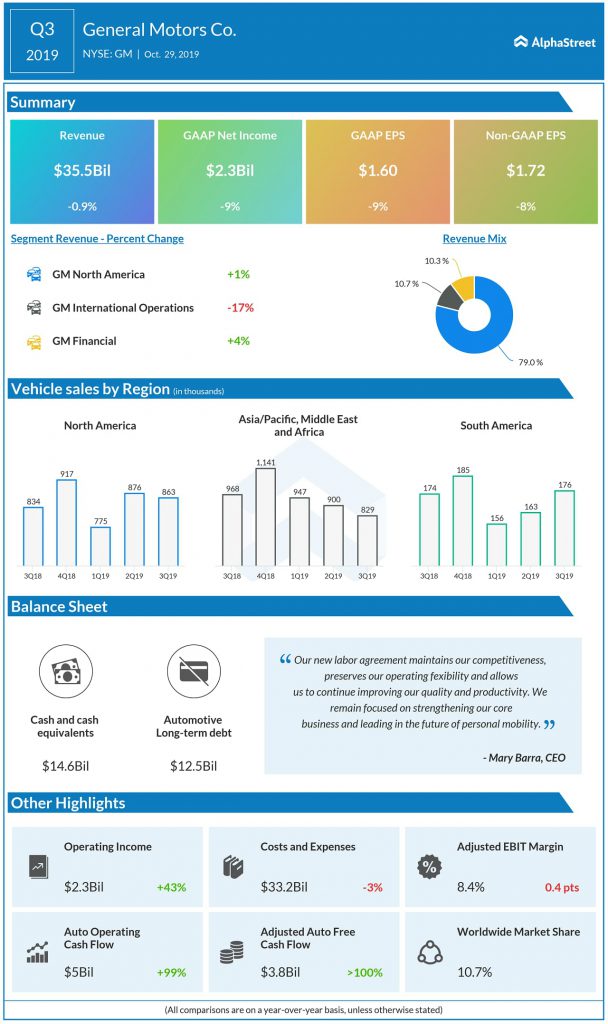 “The work stoppage in the U.S. negatively affected North American business results in the third quarter and expected results for the year. In the third quarter, about two weeks of vehicle production was lost,” the company said in a statement.

The management expects to improve profitability, going forward, through the effective execution of its cost reduction program. The ongoing workers’ strike and the continuing weakness in China, where the company is planning to launch several new models this year, are the main issues facing it right now.

Shares of General Motors had a  positive start to 2019 but witnessed high volatility in recent months. The stock gained 6% since the beginning of the year and 11% in the past twelve months.