Tesla (NASDAQ: TSLA) delivered about 97,000 vehicles in the third quarter of 2019 backed by an increase in Model 3 orders. The electric car maker produced 96,155 vehicles during the quarter. Also, the company continues to focus on increasing the production of Model 3 vehicles for meeting the customers’ demand. 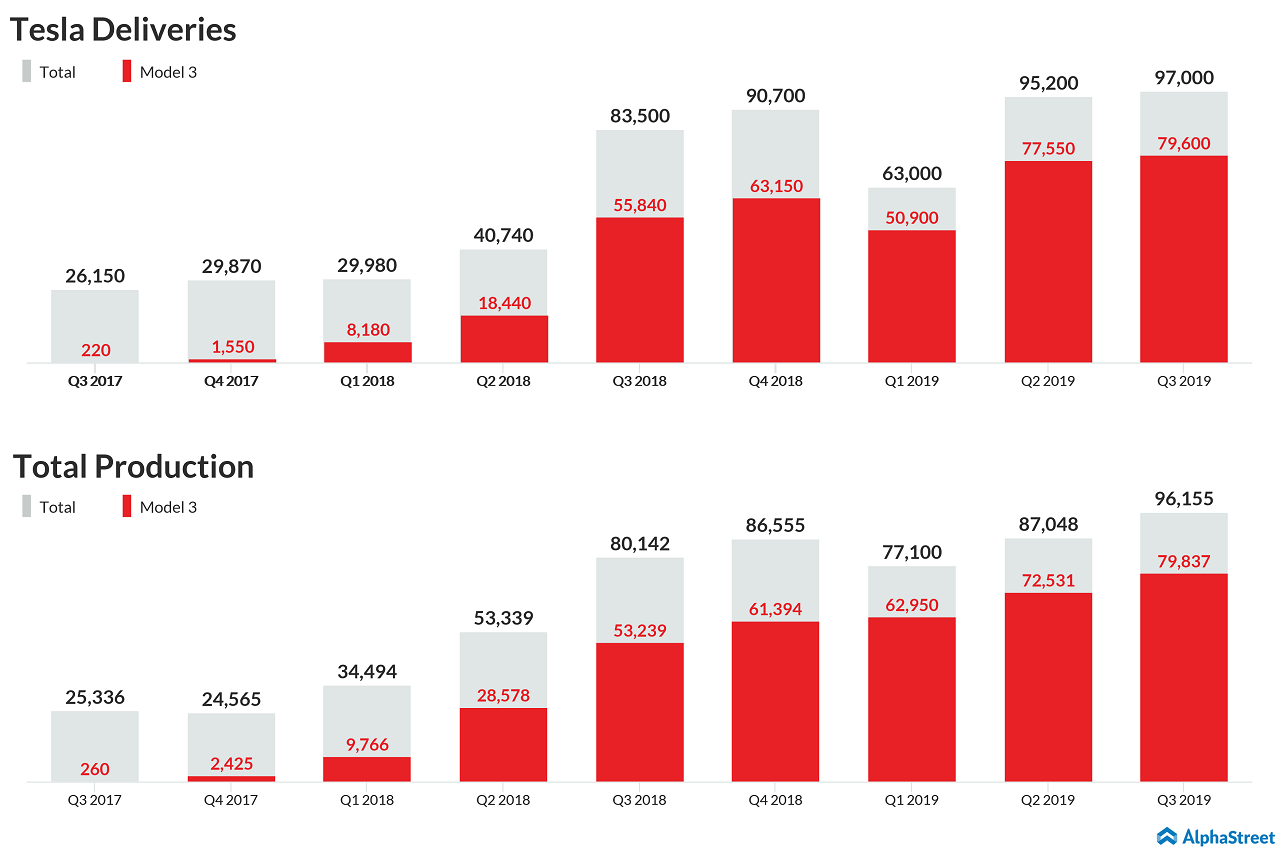 Tesla has been struggling to increase the production of all the models. The company has earlier predicted deliveries to reach at least 100,000 vehicles for the third quarter of 2019. The carmaker has been working overtime in order to get care out of inventory and deliver the vehicles to the buyers.

The market analysts believe that the deliveries have been just below the 100,000 forecast, which is likely to bring down the delivery growth expectations to below 40% in 2019. The company has been facing the wrath of the trade tariffs and uncertainties around orders, labor, and suppliers.

However, with the plans of starting Model 3 production at Gigafactory 3 this month in China, Tesla aims to produce at least 1,000 Model 3 cars a week by the end of this year. The company hopes to reach its total production rate at an annualized 500,000 vehicles by this year-end. The questions puzzling in the minds of the investors could be clarified in the third-quarter call.