The U.S. economy: On the road to recovery

The road to recovery is anticipated to be a long one

After over a year of abject gloom, indicators that the U.S. economy is on the road to recovery are clearly visible.

Job data for March 2021 is one endorsement that the country is back on the growth track. The Labour Department’s report reveals that the unemployment rate in the U.S. has dipped to 6%, and 9,16,000 jobs have been added during the month. 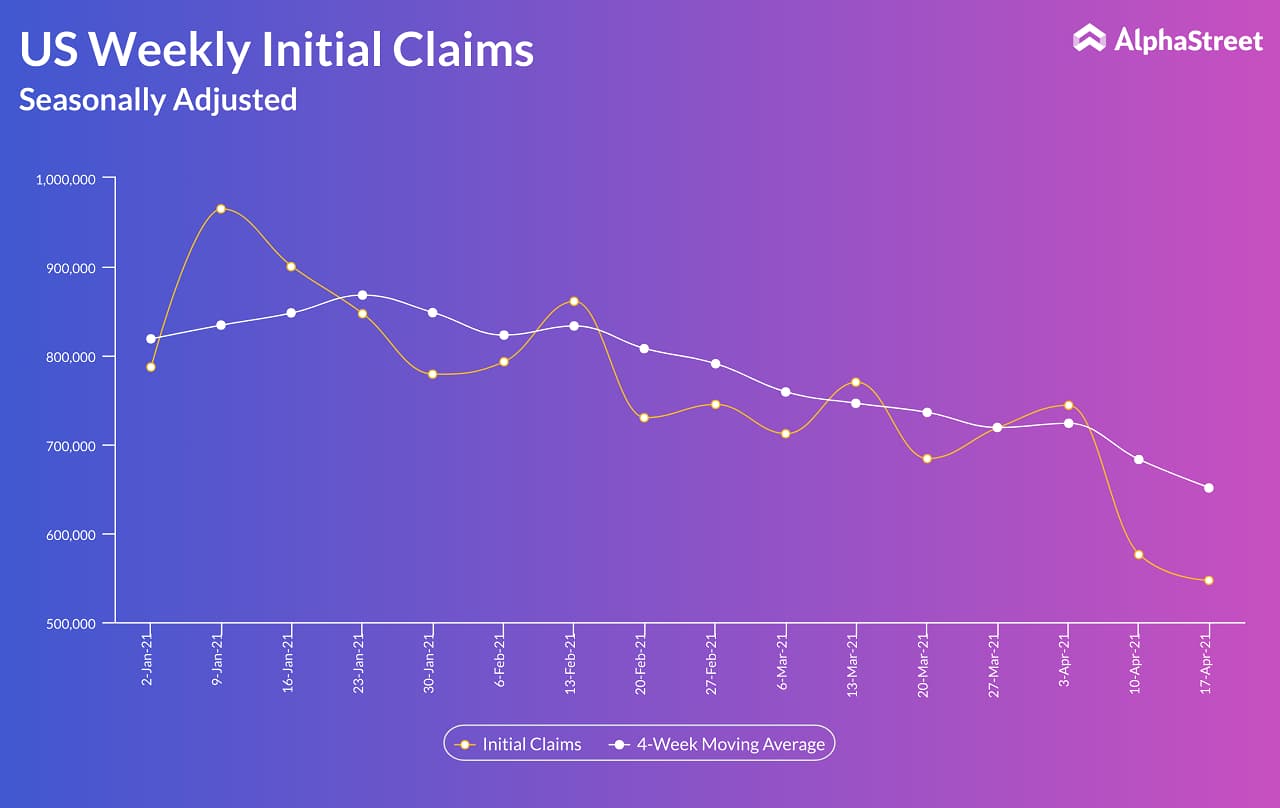 Factors triggering this revival include the widespread distribution of coronavirus vaccinations across the country, the Federal Reserve’s near-zero interest rates and President Joe Biden’s stimulus packages.

As per data from the Organization for Economic Cooperation and Development (OECD), President Biden’s $1.9 trillion American Rescue Plan and the $900 billion stimulus bill passed in December 2020 are expected to increase the global economy’s growth rate in 2021 by 1.5%.

Speaking about the plan, Laurence Boone, Chief Economist, OECD said, “This will not only benefit the U.S. economy, but it will also fuel global growth.” He went on to say that by the end of 2022, global output will be greater by $3 trillion owing to increased U.S. spending.

The impact of the rescue plan is expected to be felt in countries such as Australia, South Korea, the United Kingdom, India and Canada.

Going forward, there is expected to be a substantial increase in demand – both domestic and overseas – for U.S. goods and services, according to Oxford Economics. This is expected to makes the U.S. the single-largest contributor to global growth, a spot last held by the country in the year 2005.

In its World Economic Review (W.E.R) for April 2021, the International Monetary Fund highlights that similar parameters will spur growth. It reads, “Global growth is projected at 6% in 2021, moderating to 4.4% in 2022. The projections for 2021 and 2022 are stronger than in the October 2020 World Economic Outlook (WEO). The upward revision reflects additional fiscal support in a few large economies, the anticipated vaccine-powered recovery in the second half of 2021, and continued adaptation of economic activity to subdued mobility.”

However, the road to recovery is expected to be a long one, and the aftershocks of the pandemic are still very visible.

For one, despite an increase in the number of jobs, the long-term unemployment number is steadily increasing. Data from the Bureau of Labor Statistics reveals that 43.4% of those unemployed in the U.S. – more than 4 million Americans – were jobless for six or more months in March, close to the 45.5% figure during the period following the Great Recession.

Another factor to be considered is that China is expected to grow at a faster annual rate than the U.S. However, the advantage of size will help the U.S. contribute more to global growth than China, according to Oxford Economics.

Economists such as Lawrence Summers have blatantly voiced their disapproval of President Joe Biden’s $1.9 trillion American Rescue Plan, saying that the government is inviting an inflationary price spiral. Summers cautioned that there was a one-third chance that inflation would accelerate over the coming years, and that the U.S. is facing the possibility of dealing with stagflation, or economic stagnation.

Despite these glitches, the outlook for the U.S. economy remains largely positive. The OECD recently said the country’s economy is forecast to grow by 6.5% this year and 4% the following year. Though this may not indicate an early return to pre-crisis levels, it does point to an unusually strong economic rebound that is expected to gain steam going forward.