Canada’s Valeant Pharmaceuticals posted a 9.9% decline in its fourth quarter 2017 revenue, driven by the impact of divestitures and lower volumes in the U.S. Diversified Products segment. Revenue declined to $2.16 billion from $2.4 billion in the second quarter of 2016.

The company swung to profit in the quarter compared to a loss a year ago, helped by increase in the benefit from income taxes. Net income attributable to Valeant was $513 million compared to a loss of $515 million in the same period in 2016. 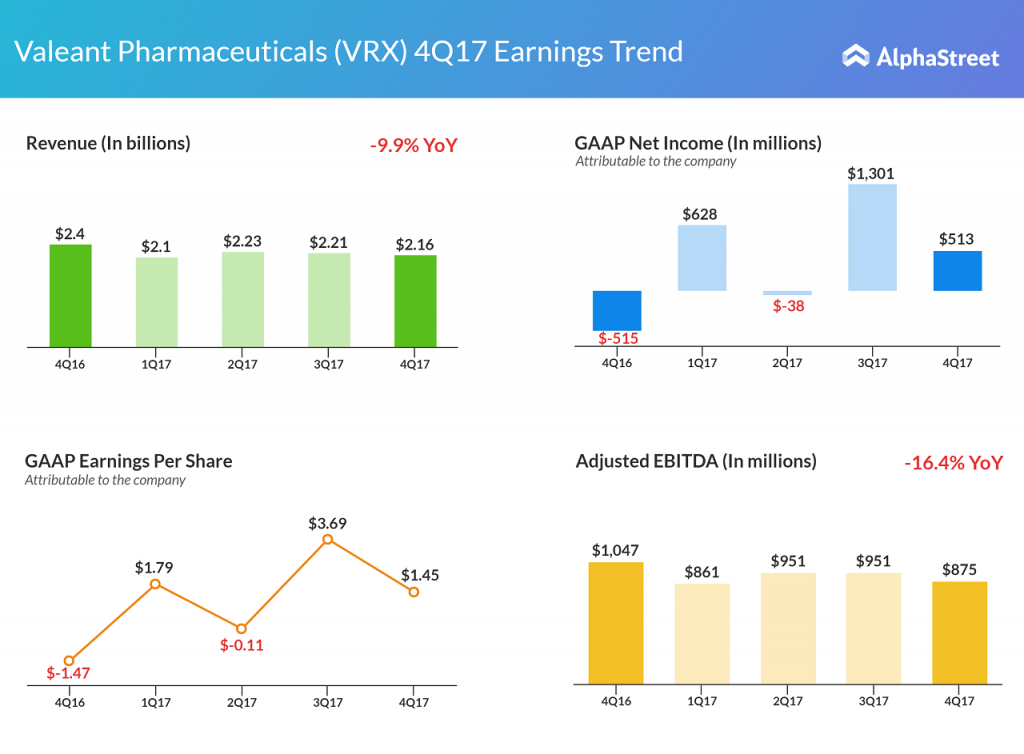