There are way too many ‘zombie’ homes in America: Report

American cities are too busy, and one might think people really don’t have enough space to live. However, if we take the United States as a whole, there are way too many vacant homes.

According to a recent study, it was revealed that nearly 1.5 million US single-family homes and condos were vacant at the end of the third quarter. A report by property database ATTOM Data Solutions shows that this represents 1.52% of all homes in the US.

Another amusing fact that came up was that by the end of Q3, there were 10,291 vacant “zombie” foreclosures homes in the US — 3.38% of all homes actively in the foreclosure process. 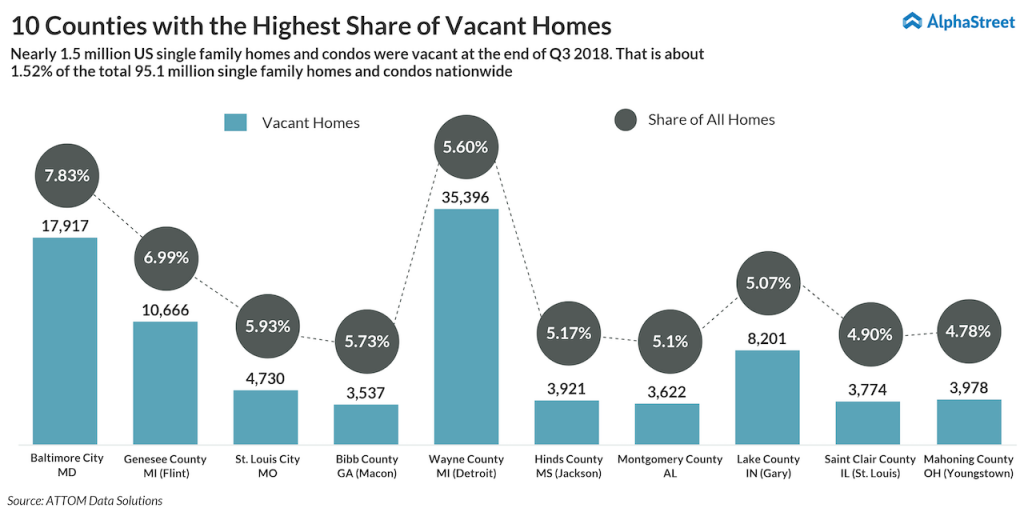 When taking metropolitan statistical areas, Flint, Michigan led with a 6.99% vacant rate. Baltimore City, Maryland (7.83%) was the leader in counties.

Among the 15,957 US zip codes in the report, 217 had a combined population of more than 2.8 million. These zip codes posted a vacant home rate of at least 10% at the end of the third quarter.