Earnings Preview: Will Overwatch shine for Activision Blizzard in Q3?

Gaming giant Activision Blizzard (ATVI) is all set to post its third-quarter 2018 results on Nov 8, with the market expecting both bottom-line and top-line to fall.

Last quarter, franchises such as Call of Duty and Destiny helped lift the earnings 12.7% to $0.61 per share on revenue of $1.6 billion, helped by King Digital’s Candy Crush.

Of late, Activision has been banking on its mobile platform to drive top-line growth. We saw that last quarter when mobile and ancillary revenues jumped 5.7% year over year, accounting for 31.7% of the total revenues. 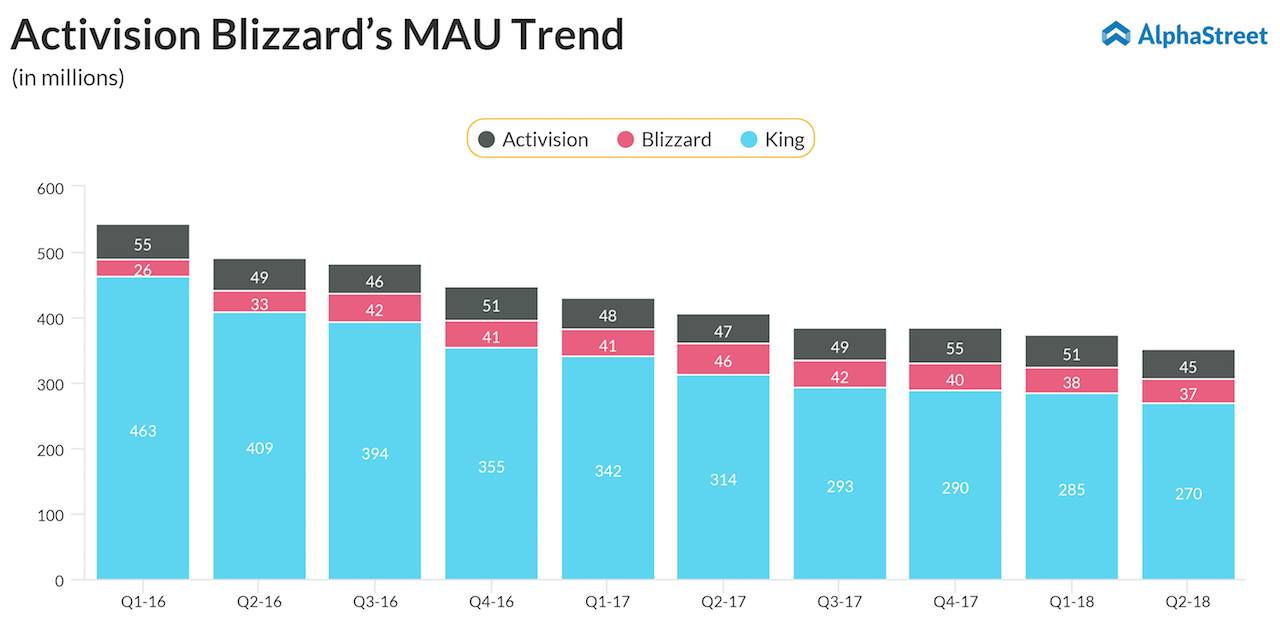 However, non-mobile games are still Activision’s cash cows — with Call of Duty and Destiny being the biggest growth drivers. More than 200 million players have played the Black Ops series for a total of more than 15 billion hours over the game’s lifetime.

On August 30, the company expanded its Call of Duty (COD) franchise by launching Call of Duty: WWII Shadow War, and shortly after, on September 12, it launched Call of Duty: Black Ops 4 Blackout Beta.

In the third quarter, it also launched its first ever hybrid 4v4 game mode in the second installment of Destiny titled Destiny 2: Forsaken.

And of course, Candy Crush continues to impress. King Digital’s Candy Crush Saga and Candy Crush Soda Saga are still in the top 10 grossing games on the US iOS and Android app stores. The newly launched Candy Crush Friends Saga is expected to add to it.

The company is also expected to generate more returns from the e-sports arena in the future, as more and more people have started following the trend. Twitter (TWTR), Disney (DIS )and Amazon’s (AMZN) Twitch are already in a multi-annual deal with Activision to air Overwatch League’s highlights and live content. 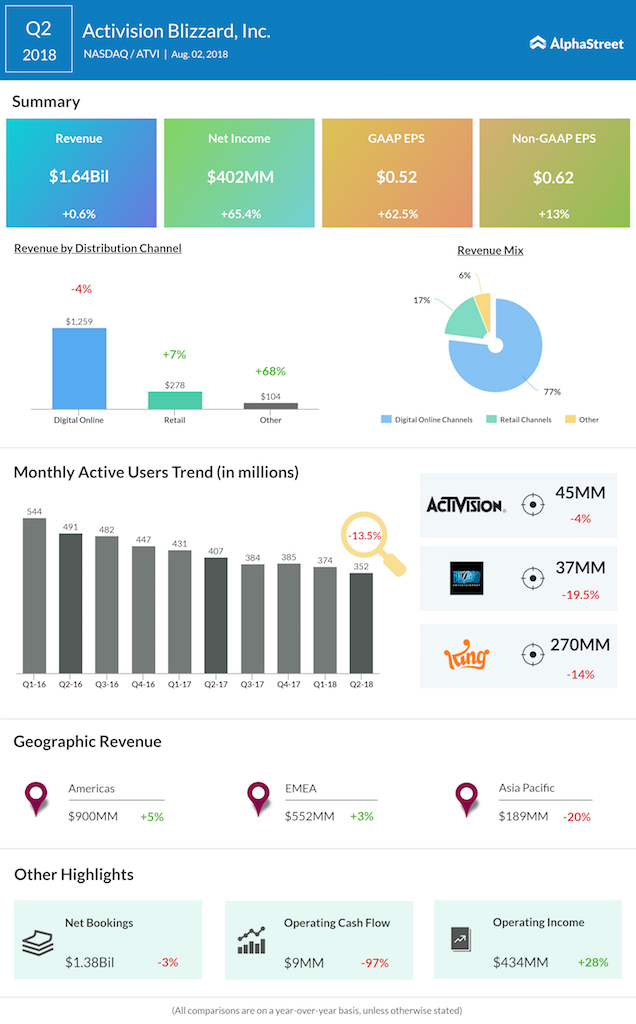 However, the competition is strong, and Activision has worthy rivals — Electronic Arts (EA) and Take-Two Interactive (TTWO), being just two major names among them.

A topic of concern could be Activision’s heavy dependence on a few franchises. One flop could severely affect future titles adversely impacting revenues. Moreover, constant investment in the digital market and increasing marketing expenses just before a COD release could add to profitability taking a hit in the near term.