Activision Blizzard Inc. (NASDAQ: ATVI) is scheduled to report third quarter 2019 earnings results on Thursday, November 7, after the market closes. Analysts expect the company to report earnings of $0.23 per share, which is down from $0.52 reported in the year-ago period. Revenue is also expected to decline 29% year-over-year to $1.17 billion.

The key metrics to watch are bookings, monthly active users (MAUs) and time spent per user. Net bookings have fallen year-over-year over the past two quarters but last quarter it surpassed the guidance range of $1.15 billion given by the company. 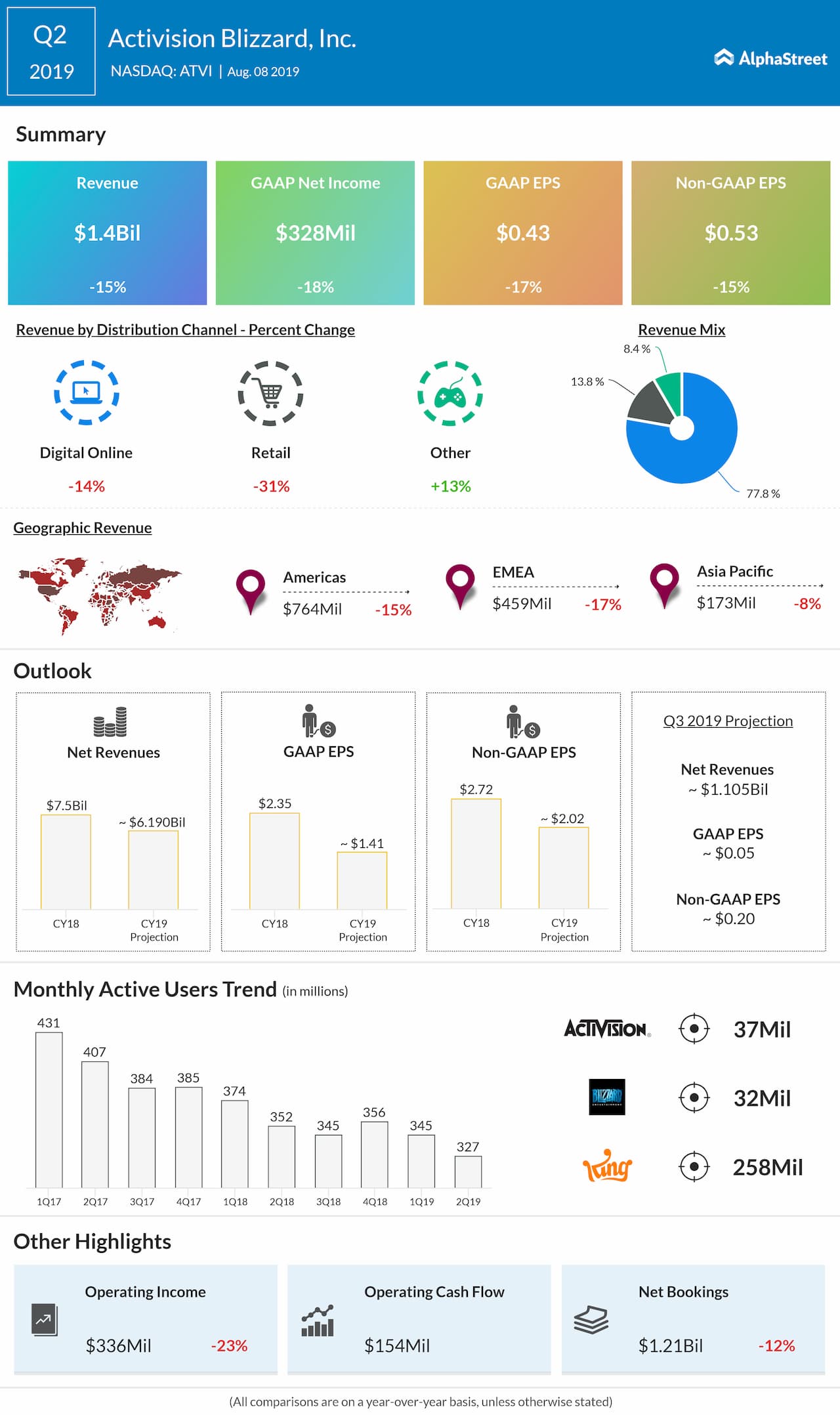 Another important metric is MAUs, which like bookings, has seen a downward trend over the past two quarters. This is a cause of concern for investors. Activision Blizzard faced backlash and boycotts recently for the ban of an esports player over the Hong Kong protests issue. It remains to be seen how this has affected the user base.

The company’s new set of games announced at BlizzCon earlier this week has reportedly failed to impress analysts. Updates on the response to these games and on engagement levels are interesting points to watch.

However, in-game sales and esports are likely to continue their momentum. The esports industry is projected to see double-digit growth this year and a significant uptick over the next four years.

In the second quarter of 2019, Activision Blizzard beat revenue and earnings estimates despite year-over-year declines in the numbers. Revenues fell 15% to $1.39 billion while adjusted EPS also decreased 15% to $0.53.

Shares of Activision have gained 19% year-to-date and 13% in the past three months. The majority of analysts have rated the stock as Buy.