Amgen (AMGN) will be reporting its fourth quarter and full-year 2018 earnings results on Tuesday, January 29 after market closes. Analysts expect the biotech company to earn $3.28 per share on revenue of $5.86 billion for the recently ended quarter. This represents a year-over-year increase of 13% in earnings and 1% growth in revenue.

Over the last four quarters, Amgen has beat Street’s views in three consecutive quarters and the company disappointed the investors when it reported fourth quarter 2017 results. 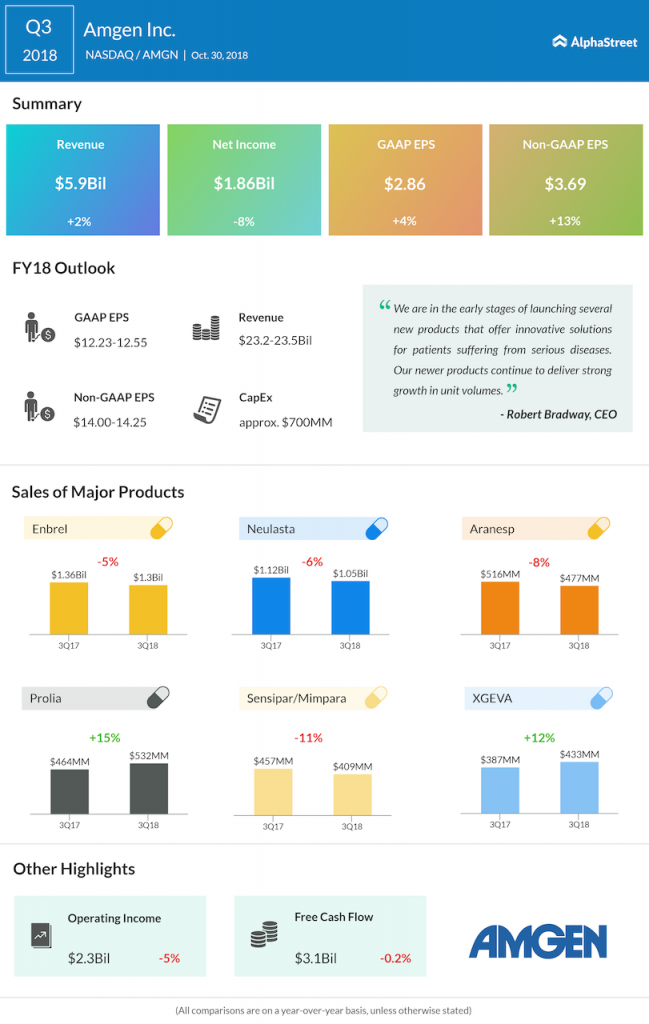 Investors will be closely watching out how Amgen’s legacy drugs performed in the fourth quarter. Sales of Amgen’s legacy drugs, namely Enbrel and Neulasta, the two largest contributors for the company’s product sales in Q3, decreased 5% and 6%, respectively.

Amgen’s pipeline looks healthy. In January 2019, the company announced the approval of Repatha drug in China to reduce the risk of cardiovascular events, osteoporosis drug EVENITY’s approval in China and European Commission’s approval of BLINCYTO, which is used to treat a type of blood cancer.

The other notable pharma companies that will be announcing their quarterly results on January 29, 2019, include Pfizer (PFE), Biogen (BIIB) and Allergan (AGN).