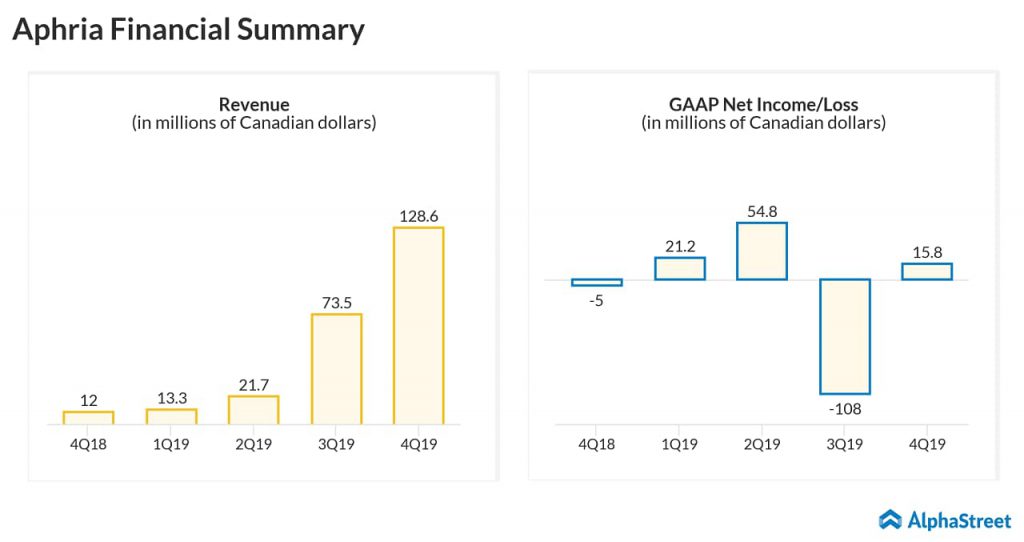 The company sold 5,574 kilograms of weed in the final quarter of fiscal 2019 compared to 2,636.5 kilograms solid in the same quarter a year ago. Aphria added that it is on-track for annual production capacity of 255,000 kilograms when all of its facilities are fully licensed.

For fiscal year 2020, Aphria expects revenue to be between C$650 million and C$700 million, with distribution revenue representing slightly more than half of the total revenue. Adjusted EBITDA is expected to be in the range of C$88 million to C$95 million.

Shares of Aphria opened in the negative territory at $5.35 today and reached a day’s low of $5.05 after President Trump tweeted that the US will start the additional tariff of 10% from September 1 on the remaining $300 billion of goods and products coming from China into the US.

The troubled cannabis producer has been functioning without a permanent chief executive after Vic Neufeld stepped down as CEO earlier this year.

Aphria stock, which plunged to a yearly low in December last year, had dropped 10% since the beginning of 2019. The stock ended today’s regular trading session down 3.35% at $5.20 on NYSE.