Apple and Fitbit are leaders in the growing smartwatch market

The US smartwatch market has grown significantly in the past one year and Apple (AAPL) and Fitbit (FIT) own a large piece of this pie. According to a report from NPD, smartwatch sales in the US grew 51% to around $5 billion during the 12 months ended November 2018. Unit sales grew 61% during the period.

The report states that Apple and Fitbit, along with Samsung, comprised 88% of smartwatch unit sales. Currently, 16% of US adults own a smartwatch, an increase from 12% in December, 2017. The 18-34 age demographic holds a 23% penetration in the smartwatch market. 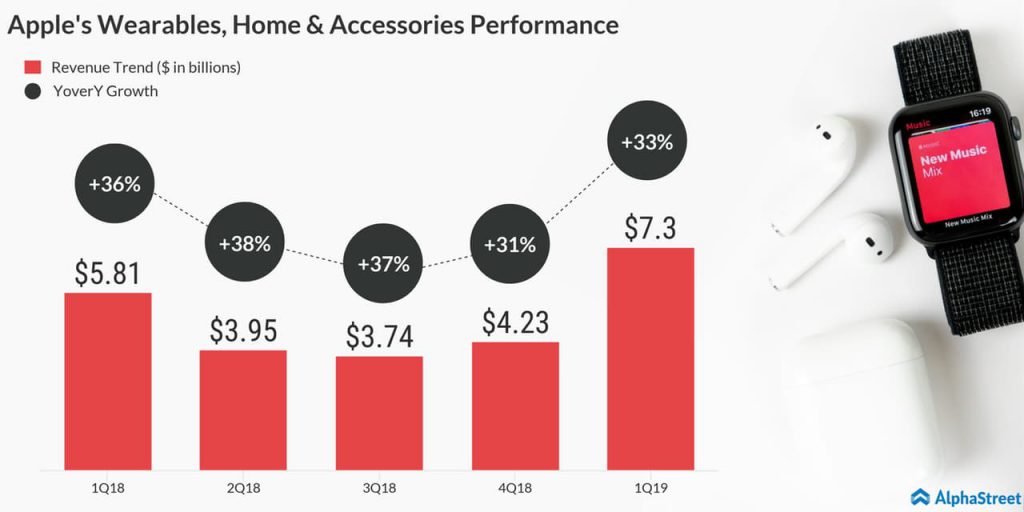 The report indicates that new devices like the Apple Watch Series 4, which has an ECG feature, will gain popularity this year and this can boost penetration among older segments. The smartwatch segment is also becoming popular for uses other than health and fitness, as 15% of smartwatch owners have claimed to use their devices to control home automation devices.

Companies like Garmin (GRMN) and Fossil (FOSL) are moving into the smartwatch category and looking to increase their market share. Fossil recently sold its smartwatch technology to Alphabet’s (GOOGL) subsidiary, Google, and the company can be expected to make some strides in the near future with the backing of a strong partner.

In its most recent quarter, Apple said the Wearables, Home and Accessories segment saw revenue growth of 33% on a year-over-year basis, with the Wearables segment alone growing around 50%, helped by strong sales of Apple Watch and AirPods.

Fitbit will report its fourth quarter 2018 earnings results at the end of this month but in its third quarter, the company sold 3.5 million wearable devices. Smartwatch revenue grew to 49% of revenue from less than 10% a year ago. The company said at the time that it had become the number two player in the smartwatch space in the US, a category it entered just fourteen months earlier. 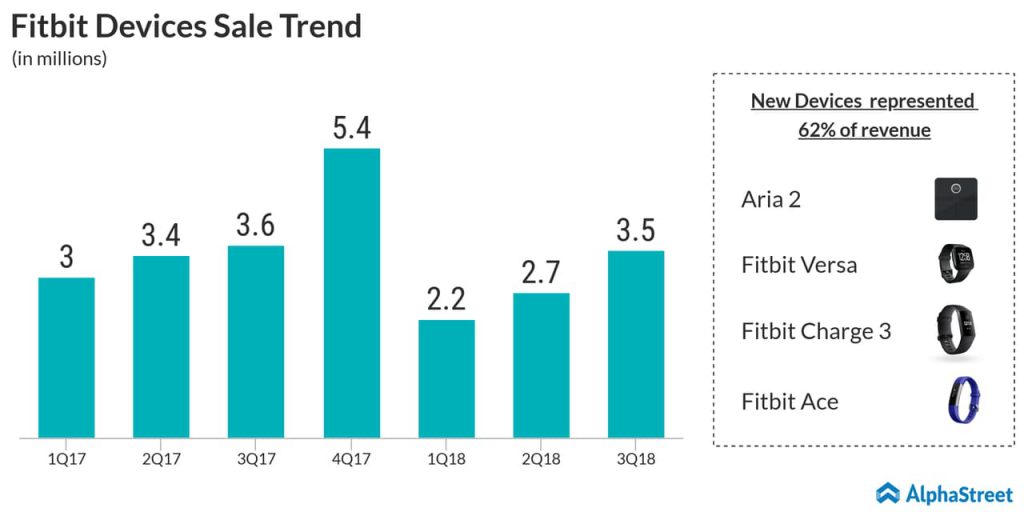 In morning hours on Wednesday, Apple’s stock was up by 0.13% while Fitbit’s shares were down by 1.5%.

We’re on Apple News! Follow us to receive the latest stock market, earnings and financial news at your fingertips.