The Boeing Company (NYSE: BA) is preparing for one the most challenging quarterly earnings in its history, with the credibility of the aircraft maker being questioned after the recent crashes that resulted in the grounding of the 737 Max jets across the world. Ever since last month’s deadly crash, airlines are cutting orders for the aircraft that is touted as the most advanced model ever built by Boeing.

When the company publishes results for the first quarter of 2019 on Wednesday before opening bell, Wall Street will be looking for a double-digit decline in earnings in the commercial airline division. The consensus estimate is for an 8.5% decline in net earnings to $3.33 per share on revenues of $23.51 billion, which is broadly in line with last year’s levels. It is estimated that the slump in the commercial aircraft segment will be offset by higher deliveries in the defense and space unit. 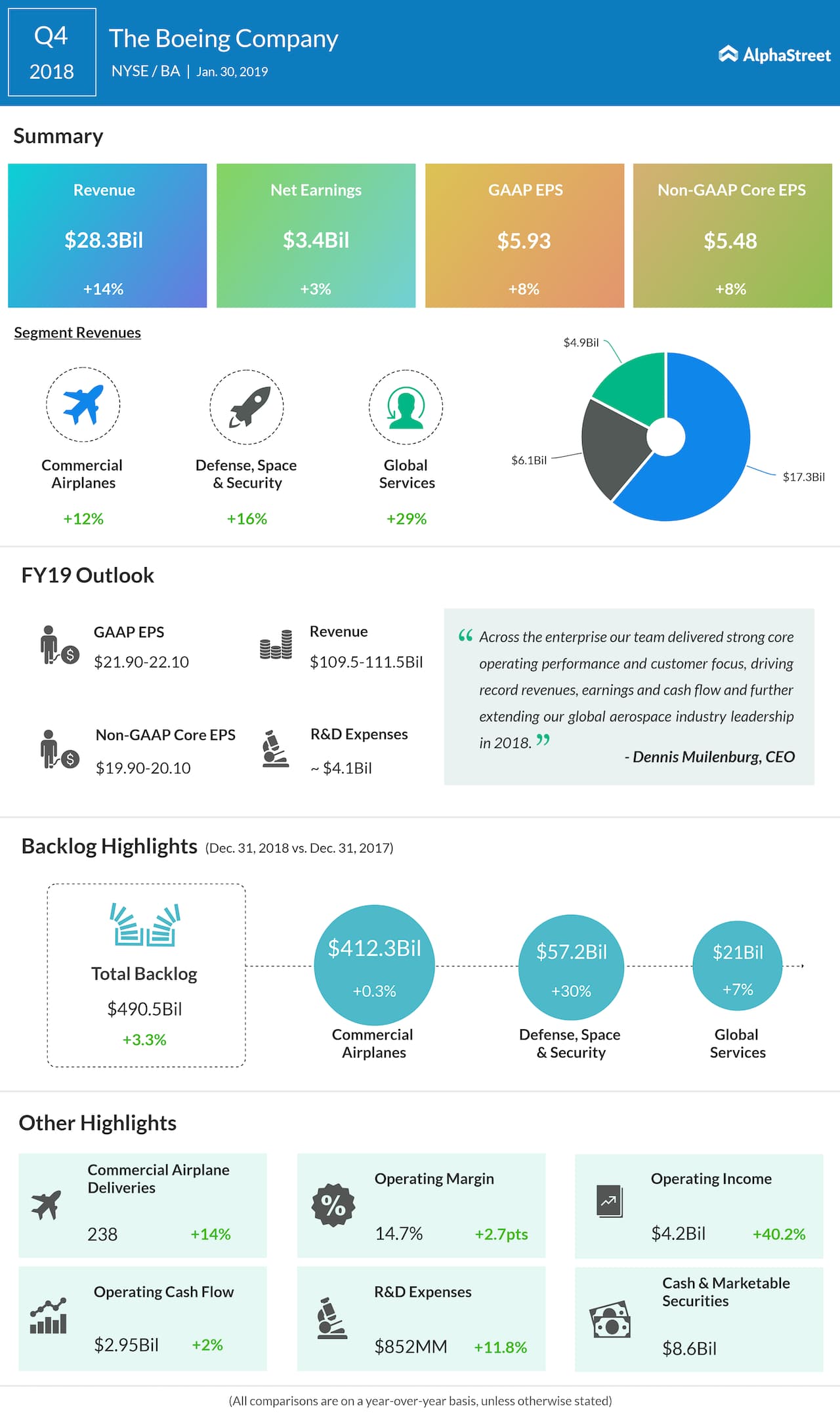 The stock is yet to recover from the selloff that followed the Ethiopian Airlines crash and is losing ahead of the earnings report even as the production of 737 is being slashed. The current trend signals another selloff after the first-quarter report as the uncertainty surrounding 737 makes it risky for investors to hold on to Boeing. A potential downgrade of full-year guidance, triggered by the 737 crisis, might drag the stock further down.

Despite the ongoing efforts to revive the 737 Max and prove its airworthiness, the future of the fleet hangs in the balance due to the stringent flight tests it needs to pass. Moreover, the risk of customers demanding compensation for the delivery stoppage looms large over the company. Adding to Boeing’s woes, rival aircraft maker Airbus is cashing in on the current setback, and recently secured contracts worth $35 billion from various Chinese companies.

During the three months ended December 2018, strong deliveries pushed up Boeing’s revenues to about $28 billion, with all the three business segments registering double-digit growth. Earnings climbed 8% to $5.48 per share during the quarter, which ended with a year-over-year increase in backlogs.

Lockheed Martin, which competes with Boeing in the defense and space segment, is scheduled to publish earnings for the first quarter on Tuesday before the opening bell.

Boeing’s shares hit an all-time high in February when solid demand and production growth lifted market sentiment. However, they pared most of the gains in the following weeks and maintained the downtrend since then. The stock has gained 17% so far this year.