Financial services company The Charles Schwab Corporation (NYSE: SCHW) on Tuesday reported higher earnings and revenues for the fourth quarter of 2021. However, the numbers missed Wall Street’s forecast, and the company’s stock dropped in the premarket session soon after the announcement. 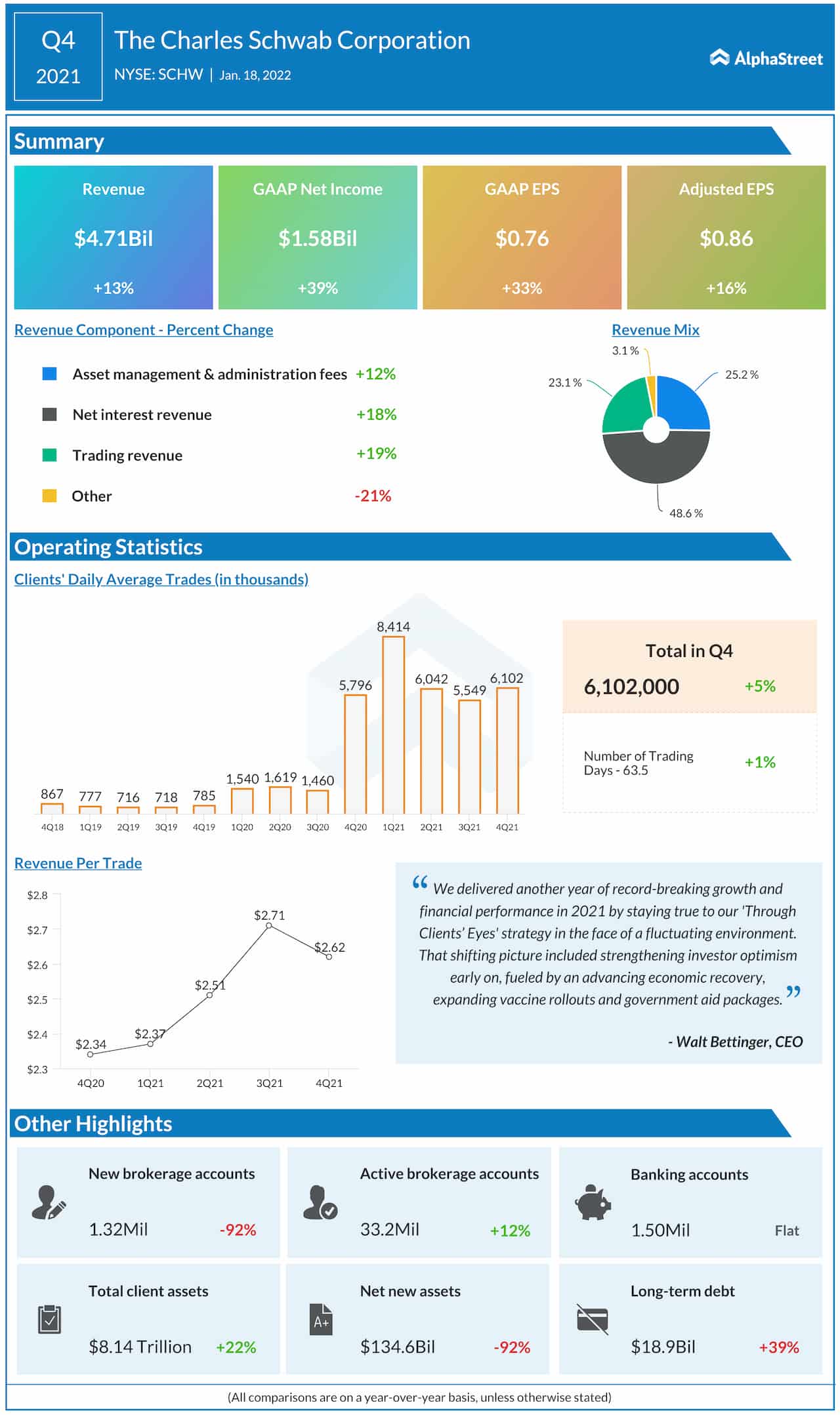 Total revenues increased 13% year-over-year to $4.71 billion in the final three months of fiscal 2021. However, the number missed Wall Street’s estimates.

Net profit, on an adjusted basis, rose to $0.86 per share during the quarter from $0.74 per share in the same period of last year but came in below the consensus forecast. Unadjusted net income was $1.58 billion or $0.76 per share, compared to $1.14 billion or $0.57 per share last year.

Charles Schwab’s stock has gained about 35% in the past six months and reached a record high this month. It dropped sharply Tuesday morning following the earnings release, after closing the last session higher.