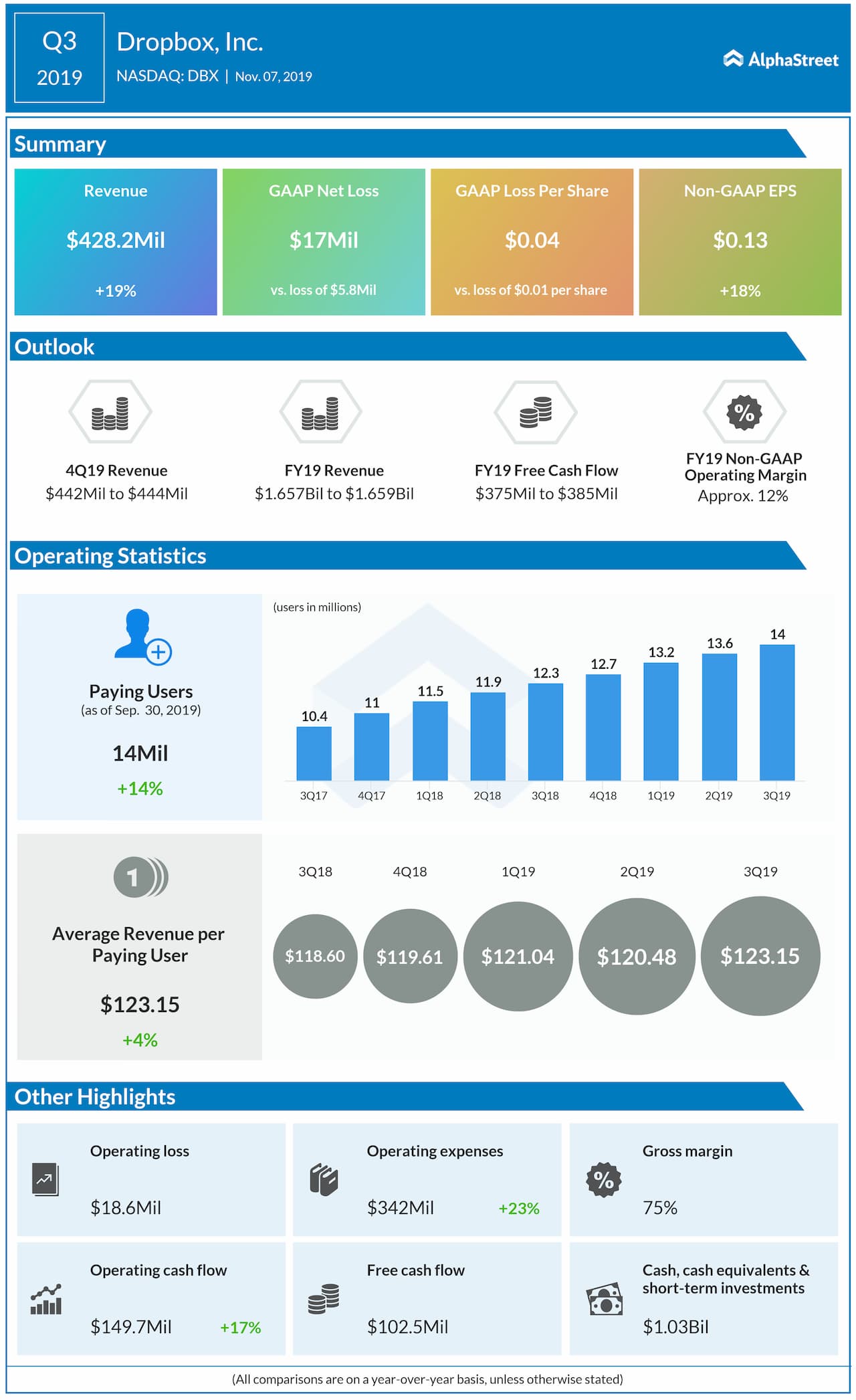 Co-founder and CEO Drew Houston said, “We’re excited about the early momentum we’ve seen with our new desktop app — millions are already using it since it was made generally available on September 25. Together with the launch of Dropbox Spaces, we’re making great progress towards building the world’s first smart workspace where people can focus on the work that matters.”

At the end of the third quarter, the company had cash, cash equivalents and short-term investments of $1.031 billion.