General Dynamics (GD) Wednesday reported 25% jump in fourth-quarter revenue to $10.4 billion, driven by the Aerospace and Information Technology segments. Earnings for the quarter rose to $3.07 per share from $2.10 per share a year ago.

The results came in above the estimates set by analysts, who had projected earnings of $2.98 per share on a top line of $10.29 billion. 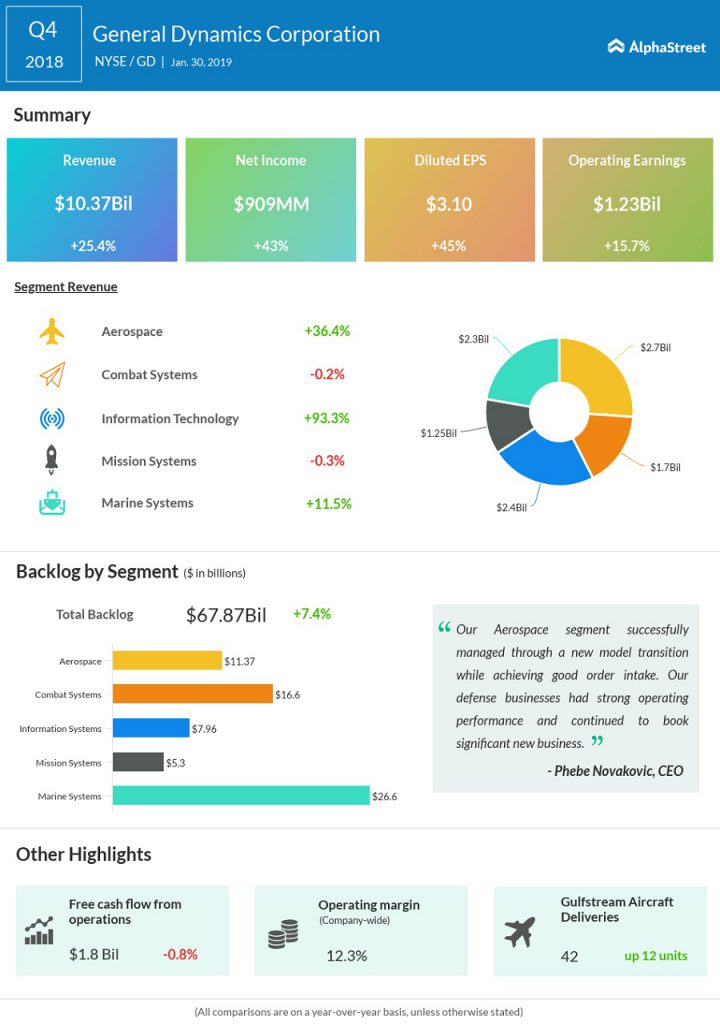 GD shares closed its last trading session up 2.2% on Tuesday. The stock has declined 21% in the past 52 weeks.

Notably, the Information Technology segment almost doubled in revenue to $2.4 billion during the quarter, driven by the purchase of CSRA, which was integrated into the unit in April 2018. Since then, CSRA has won several high-value deals including government contracts. The Aerospace division, meanwhile, grew 36.4%.

The Falls Church, Virginia-based defense contractor said its total backlog at the end of 2018 was $67.9 billion, up 7.4%. The estimated potential contract value was estimated as $35.5 billion, up 43.2% from last year.