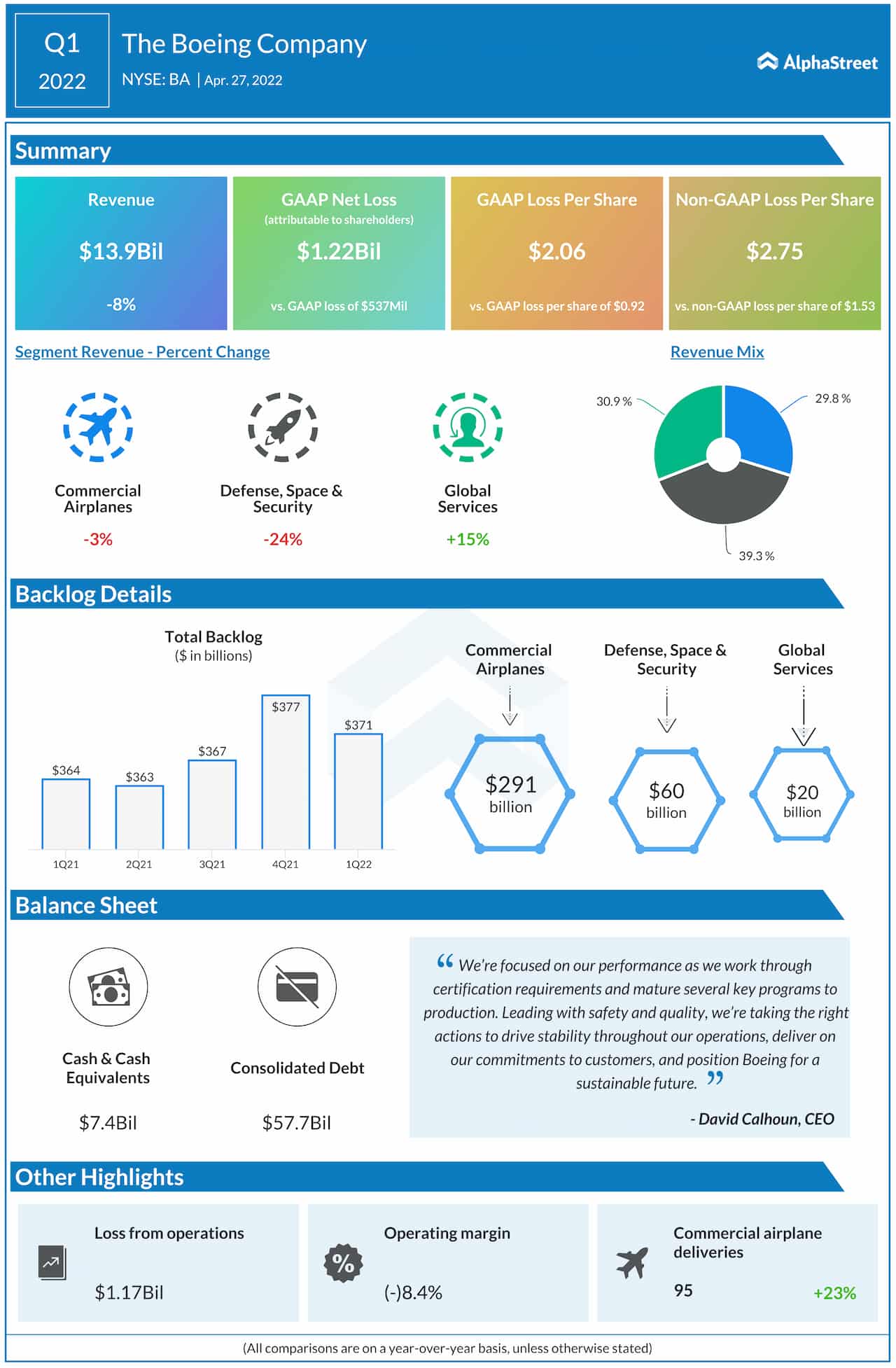 The bottom line was impacted by an 8% decrease in revenues to $13.9 billion, which also fell short of expectations. However, there was continued increase in the production and deliveries of 737 aircraft.

Boeing’s stock declined early Wednesday following the earnings announcement, after closing the previous session lower. The stock has lost 20% since the beginning of the year.