Home Depot (HD) stock witnessed a free fall since it reached its all-time high of $213.85 in September, tumbling 19% in just 40 days.  Currently, the stock has pared some of its losses, but the valuation plunge has given investors enough reasons to panic.

When the world’s largest home improvement retailer reports third-quarter results on Tuesday, November 13, management would be looking to alleviate some of this hysteria. Analysts expect Home Depot to post earnings of $2.27 per share on a revenue of $26.25 billion. Comparable store sales, which grew 8% in the second quarter and 4.2% in the first quarter of this fiscal year, is expected to climb 4.7% in the third quarter.

The management will be hoping to convince investors that the fall in share price was an industry phenomenon and nothing to panic about. And it was. Home Depot’s biggest rival Lowe’s (LOW) reported a similar sell-off during the same period when the stock fell 21%. Wayfair (W) stock has plunged 33% and Bed Bath & Beyond (BBBY) is down 30% during the same period.

On the performance front, Home Depot has been delivering quite consistently. Of the previous eight quarters, the company has reported sales surprise in seven, thanks to its disciplined capital allotment strategy and solid performance in the core business.  The retailer has also been investing heavily to upgrade its digital assets, with a focus on Pro-customers, who bring in most of the profits. 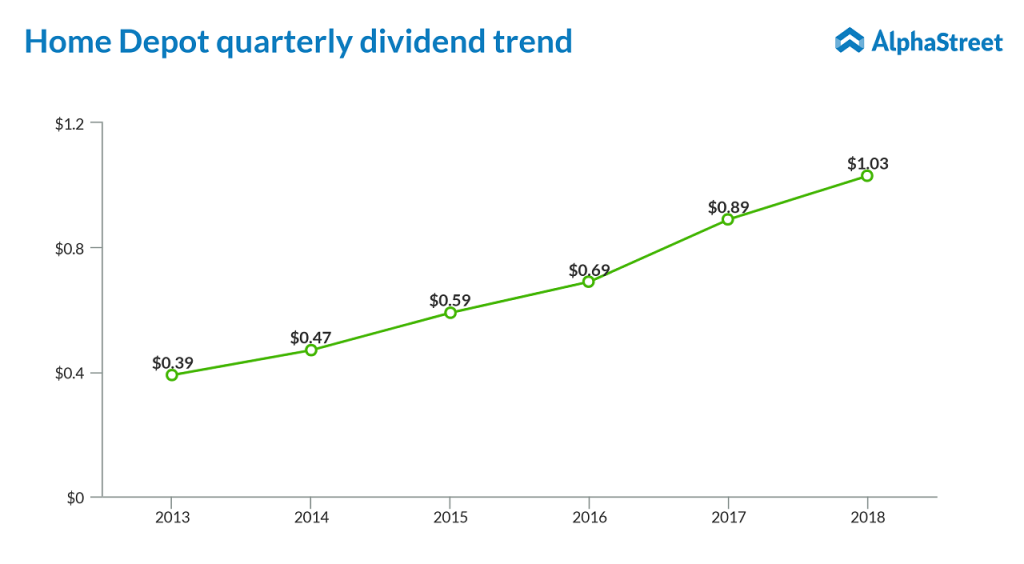 The management had earlier stated that they plan to boost investments, with an aim to achieve the long-term targets. Meanwhile, rising expenses, primarily those of transportation and raw materials, have been squeezing the retailer’s margins. For fiscal 2018, Home Depot has cut down its gross margin forecast to 41 bps improvement.

Analysts remain pretty bullish on the stock, with an average price target of $215. This price target is at a 14% upside from the current trading price. Given the solid performance and optimism surrounding the stock, we may expect to see another earnings surprise.