Earnings Preview: Will Marvel and ESPN+ add to Disney’s might in Q4?

Street estimates indicate fourth-quarter earnings of $1.31 a share on revenue of $13.81 billion. 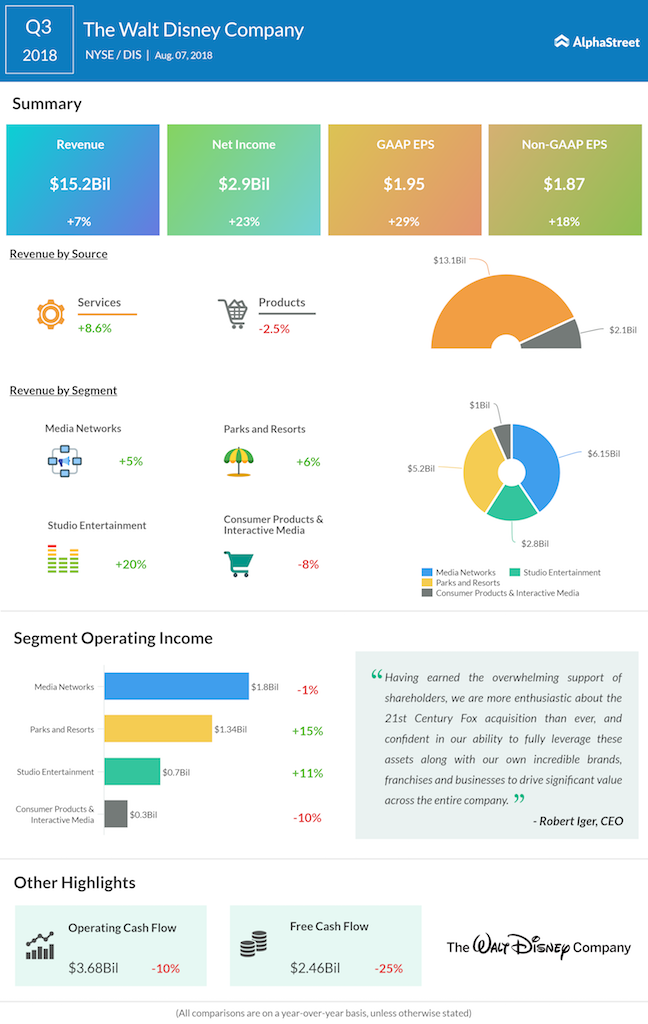 ESPN+ is a huge plus

This April, Disney launched streaming service ESPN+, as it already gained over a million paying subscribers. The focus, this time around, would be on how engaging the content is.

ESPN+ has a very high rate of conversations from free trials to paid subscriptions. Affiliate revenue from ESPN will further add to these gains.

Like we noted in Activision-Blizzard’s earnings preview earlier this week, Disney’s latest deal to air Overwatch League on its platforms will help cash in on the grossing e-sports market, along with retaining users and building a more robust subscriber base.

Earnings Preview: Will Overwatch shine for Activision Blizzard in Q3?

More than one-third of the revenue for Disney comes from Parks & Resorts. The Shanghai Disney Resort and the Hong Kong Disneyland Resort are international destinations that have seen attendance grow. It is safe to assume that this will add to the top-line in the fourth quarter.

However, it is all not so bright for the giant. Higher programming costs and expenses, and increased competition to air live gaming content from the likes of Facebook (FB), Twitter (TWTR) and Amazon (AMZN) could add to Disney’s woes.