Eli Lilly and Company (NYSE: LLY) swung to a profit in the second quarter of 2019 from a loss last year, helped by lower acquired in-process research and development charges, the Elanco exchange offer, and share repurchases. The results exceeded analysts’ expectations. Further, the company raised its earnings guidance for the full year 2019. 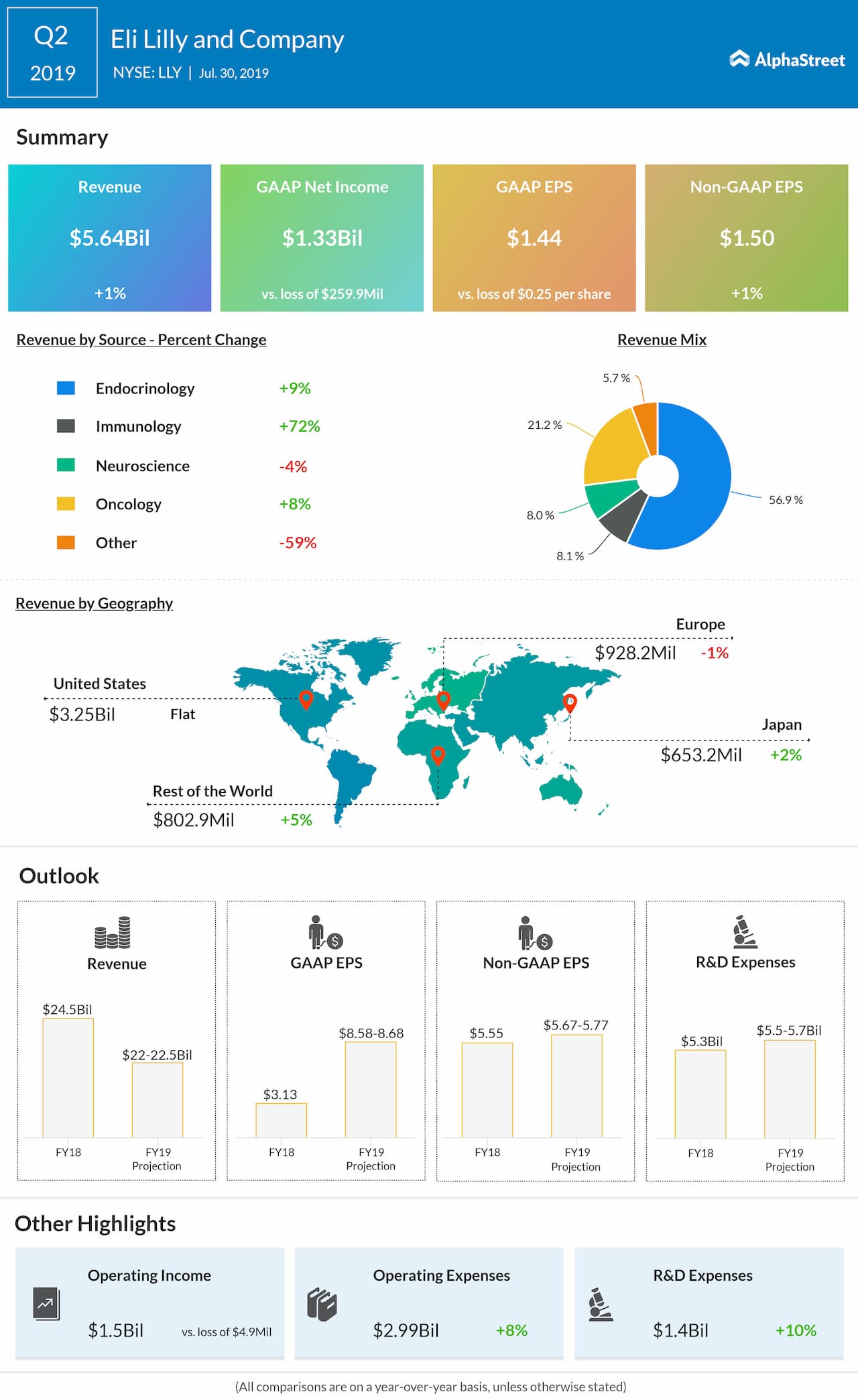 The company said its portfolio of newer medicines reached more patients in the second quarter, allowing it to grow revenue despite headwinds, including the expiration of the US patent for Cialis. Eli Lilly is continuing to make significant investments in its business to ensure the success of its recent product launches.

For the second quarter, revenue in the US was essentially flat at $3.25 billion as increased volume of 5% was almost entirely offset by lower realized prices. Revenue outside the US rose by 2% to $2.38 billion driven by increased volume of 9%, which was primarily from key growth products, including Trulicity, Olumiant, Taltz, Jardiance, and Verzenio.

Trulicity revenue jumped by 32% on increased demand and higher volume. However, Humalog revenue fell by 12% due to lower realized prices due to higher contracted rebates, increased coverage gap funding requirements in Medicare Part D, and the impact of patient affordability programs.

Shares of Eli Lilly ended Monday’s regular session up 0.42% at $108.72 on the NYSE. Following the earnings release, the stock rose over 1% in the premarket session.