GoPro (GPRO) is set to report its fourth quarter and full-year 2018 earnings results on February 6, after the market closes. In 2018, shares of GoPro plummeted 44%. However, the stock had a positive momentum since the beginning of 2019 as it was evidenced from the 21% increase. Analysts expect the action camera maker to post earnings of 25 cents per share on revenue of $368.87 million for the final quarter of 2018. 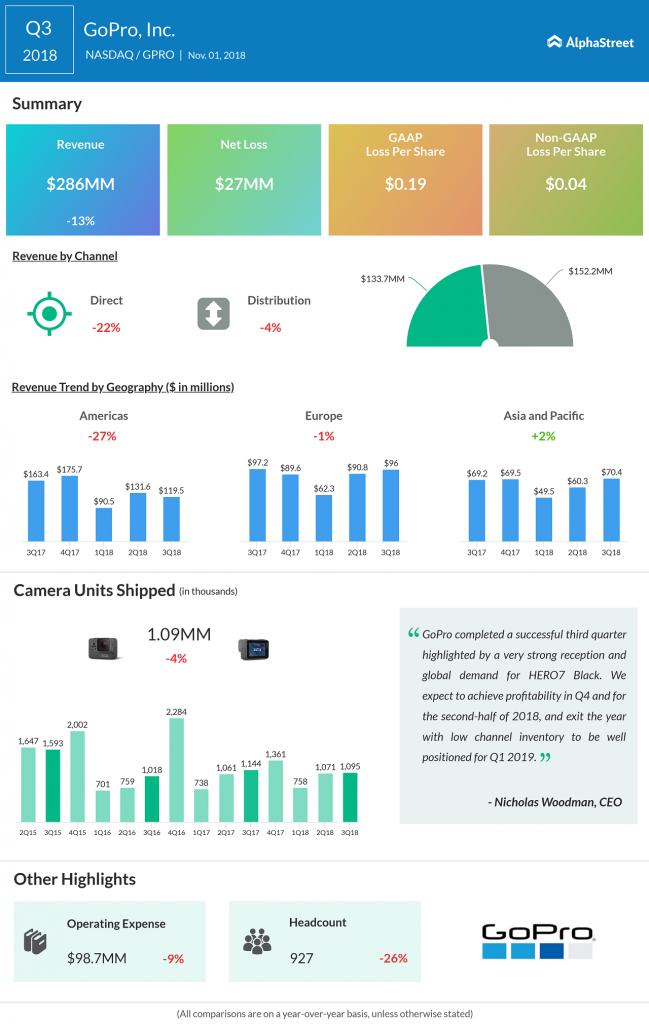 When GoPro reported third quarter results on November 1, 2018, the company beat the bottom line and topline views. Despite the better-than-expected Q3 results, shares plunged 24% in the next day’s trading. GoPro reported a loss of 4 cents per share on revenue of $286 million for the third quarter. Analysts had expected the loss to be 6 cents per share and revenue to be $271.9 million. 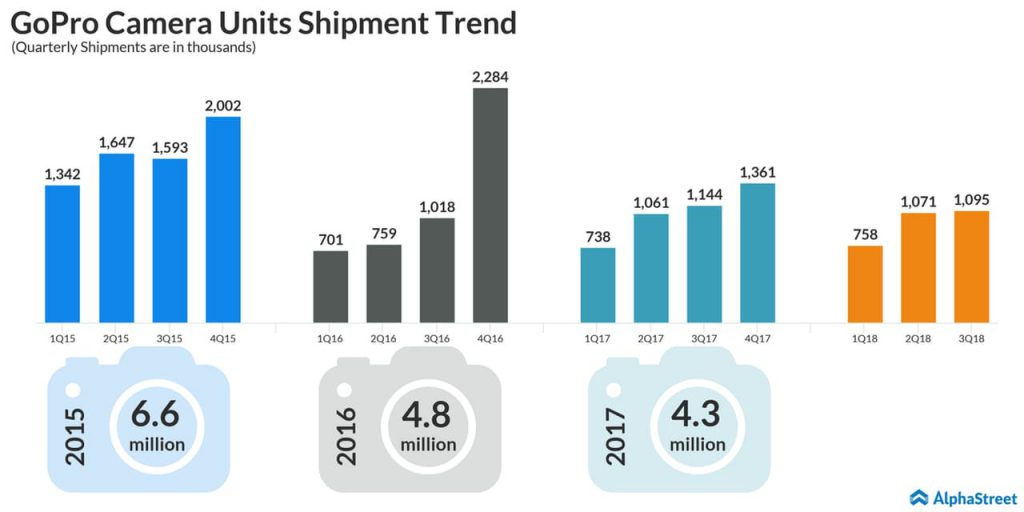 The San Mateo, California-based company had already cautioned that the initiation of more promotions during the holiday quarter will have a negative impact on the Q4 revenue and margin. However, GoPro expressed its confidence about achieving profitability in Q4 and the second half. Investors hope that GoPro will bounce back in 2019.

On average, analysts recommend to “Hold” GoPro shares and the stock has a 12-month price target of $6.67. GoPro stock was trading flat during Tuesday midday.