Harley-Davidson (NYSE: HOG) reported its first quarter 2019 results before the market opened today. The cruise-bike maker’s adjusted EPS dropped 21% year-over-year to $0.98 and revenue declined 10% to $1.38 billion for the recently ended quarter. On a GAAP basis, net income decreased 27% to $127.9 million or $0.80 per share. Harley-Davidson stock was trading up about 1% in the pre-market trading today.

President Trump tweeted that European Union tariffs had impacted Harley-Davidson’s performance and he added, “So unfair to U.S. We will Reciprocate”. It’s worth noting that POTUS called for a boycott against Harley-Davidson last year after the company planned to shift some of its production to outside of the US to avoid the tariffs. 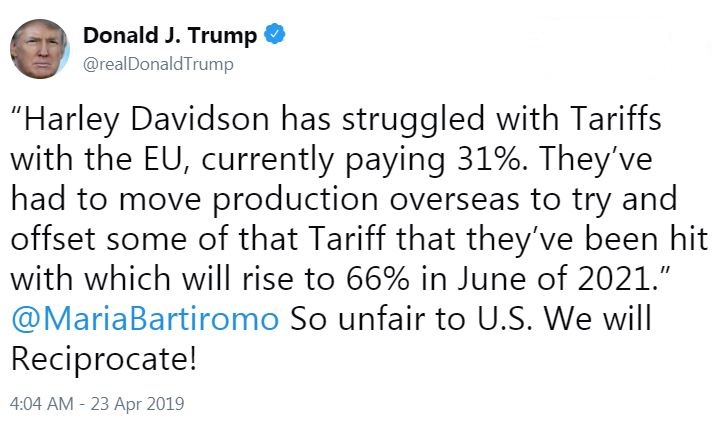 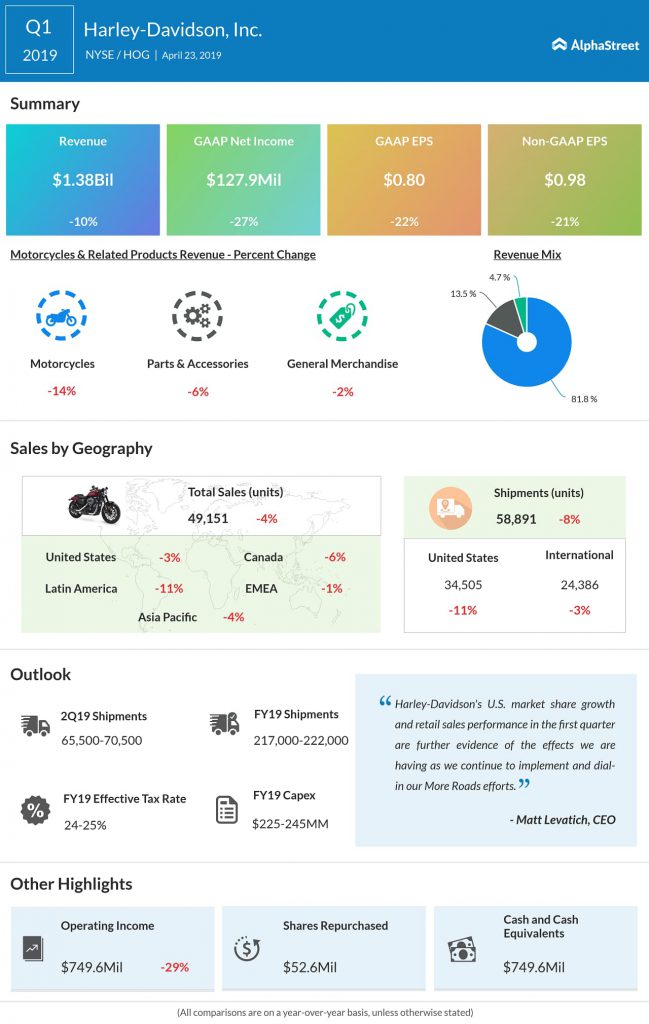 Revenue from the Motorcycles segment was down 12% in the first quarter, hurt by lower shipments. This segment’s operating income decreased due to lower revenues, unfavorable product mix and increased tariffs.